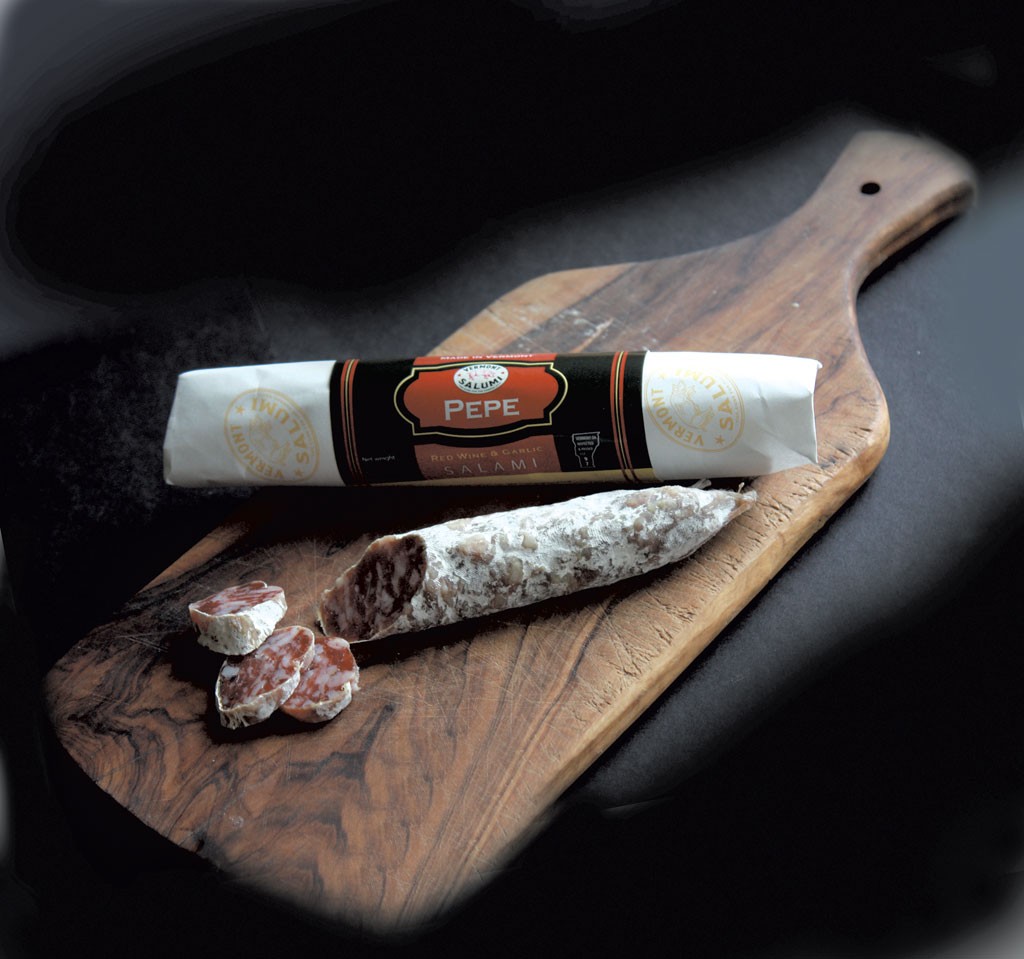 Since founding Vermont Salumi in 2011, Peter Colman has wanted to make a cured salami. But until recently, the Italian-born, Vermont-raised meat man has stuck to fresh sausages — salty, savory pork tinged with pepper or wine and packed into natural hog casings. They're fantastic, but cured they are not.

In early 2013, Colman's HACCP plan (the first to win approval for cured salami in Vermont, he believes) was approved, and he set to work on his first independent cures. Though Colman was working with extremely fresh, locally raised pork that he butchered himself, it took him more than a year to produce something he felt comfortable selling. "I wasn't that happy with the way they were coming out six months ago," Colman says.

But after months of testing the recipe — the salumi must age for about three weeks — the butcher says he's making some of the best salami this side of the Atlantic. Deep ruby red in color, the dry, ready-to-eat meat is coated in a bloomy white rind and flecked with pockets of rich, creamy fat. "I finally got it," Colman says.

He dubbed the sausage "Pepe": Italian for pepper, and an homage to the first butcher he worked with in Italy. Colman's first dry-cured product, which he says closely mirrors the traditional Umbrian salame style, won the award for best artisanal (non-cheese) food product at the Vermont Cheesemakers Festival this past July.

Now Colman is looking to branch out. Though he works in a temperature-controlled setting in the Mad River Food Hub in Waitsfield, he says meat curing traditionally takes place in the colder months. This fall he's been working on new recipes: one with fennel and orange zest, another spiked with peppery heat. He says he's toying with the idea of a liver salami, as well. "I think that could be a real cult favorite," Colman says — though, via phone, he sounds sheepish about its marketability to a wider audience.

Whatever the butcher comes up with, it will be available (as are his other offerings, including Pepe) at markets and co-ops that carry locally made foods, such as Healthy Living and City Market in the Burlington area, and Hunger Mountain Coop in Montpelier.