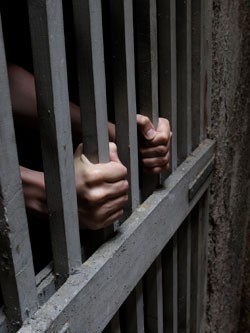 The Vermont Department of Corrections has pulled all of its inmates out of a privately run prison in Alabama after a state investigation confirmed that some of the men had been injured by their fellow inmates. The investigation was launched after the Vermont Prisoners’ Rights Office began receiving reports from clients who claimed inadequate security at Perry County Detention Center led to the inmate-on-inmate violence.

The April withdrawal of some 80 Vermont offenders from the 734-bed facility in Uniontown, Alabama, occurred just five months after the state signed its first-ever contract with a new private prison vendor: LCS Corrections Services. Based in Lafayette, Louisiana, the for-profit prison company houses some 6000 inmates in eight facilities throughout the South.

Deputy Commissioner of Corrections Lisa Menard said last week that the state had been looking for an alternative prison vendor in an effort to “expand our options” and “ultimately save the taxpayers money.” Vermont was paying LCS $49.50 per day per inmate. Its other out-of-state vendor, Corrections Corporation of America (CCA), charges $67 per day to house Vermont inmates. In-state prisoners cost $140 per day.

Vermont currently has about 680 inmates in out-of-state prisons, mostly in two facilities in Kentucky and Tennessee. Both are owned by CCA, the nation’s largest for-profit prison vendor. According to Menard, all the Vermont inmates from the Alabama detention center have since been moved to CCA prisons or returned to Vermont.

Asked why the Vermont inmates were withdrawn, Menard initially said, “Vermont has high standards as far as conditions of confinement. Basically, this facility didn’t feel like the best fit for us, without getting into a great deal of detail.”

Probed further about the alleged reports of abuse, Menard later confirmed the stories were true.

“We did get reports from offenders that there was some assaultive behavior happening,” she confirmed. “When we checked into that, we found that it … was accurate. Unfortunately, this was Vermont inmates committing assaults on other Vermont inmates.”

Menard downplayed the severity of the injuries, noting that none was life-threatening and they were “basically bruises, that type of thing.”

But that’s not how a lawyer in the prisoners’ rights office in Montpelier characterized the situation in Alabama. Managing Attorney Seth Lipschutz called it “a total disaster.” According to Lipschutz, his office received reports of alleged lax security, contraband being smuggled into the facility, and inadequate bureaucratic procedures being followed for addressing inmates’ grievances. There was even one allegation of a corrections officer being intoxicated while transporting Vermont inmates to the prison.

“They were letting the inmates run the asylum,” Lipschutz added. “It was a system where the strong were taking advantage of the weak.”

Concerned about their clients’ safety, the prisoners’ rights office notified the Vermont Department of Corrections, which, according to Lipschutz, “acted on it right away and got the inmates out of there as soon as possible.”

Lipschutz also characterized the inmates’ injuries as more serious than DOC let on. “There were some people who got beat up,” he claimed. “There were more than cuts and bruises. I think some people had to go to the hospital.” He put the number of inmates involved in such incidents at “maybe two dozen.”

But Deputy Commissioner Menard denied that the problems in Perry were the result of poor security. Instead, she blamed the problem on the physical design of the prison itself, which featured a “more open floor plan … that didn’t work well.”

Richard Harbison, executive vice president of LCS Corrections Services, echoed that sentiment. “The physical plant in Perry, frankly, was not very conducive to the type of inmates they sent us,” he said. “That prison was designed for low-custody levels and the inmates [Vermont] sent us were of a higher-custody level.”

Harbison said he wasn’t aware of any Vermont inmates being hospitalized. “It’s the prison business and these guys are going to get into fights,” he admitted. “But as far as someone being seriously injured, I’m sorry, not to my knowledge.”

Whether the injuries at the Alabama prison were due to lax security or a “more open floor plan,” the choice of this particular prison appeared problematic from the get-go. Back in November, when the DOC signed its contract with LCS, then-Corrections Commissioner Robert Hofmann pointed out that the new facility would only be taking Vermont offenders who were “unacceptable to be placed with a majority of other prisoners.” In other words, the more dangerous inmates with behavioral problems.

According to Lipschutz, the Perry County Detention Center is used mostly as a holding facility for people arrested on federal immigration violations by U.S. Immigration and Customs Enforcement. Many of those detainees don’t even have a criminal record.

Members of the Vermont House of Representatives’ Committee of Corrections were notified of the move only after the inmates had been withdrawn from Alabama, but weren’t told the reason why.

“I felt, from our discussions with the commissioner, that it was not a comfortable situation,” said Rep. Linda Myers, vice chair of that committee. Asked if she knew that Vermonters had been beaten up and injured in Alabama, she said she’d heard word of it, “but I can’t say I heard it from the Department of Corrections.”

Though Lipschutz credits corrections officials for their prompt response, he sees this episode as symptomatic of the larger systemic problems associated with the for-profit prison industry, which he described as “always a race to the bottom.

LCS “came in with a low, low price to take these Vermont inmates,” he added, “which is very attractive to state governments in these tough economic times.”