One of the enduring assumptions about poets is that we are morose, morbid beings, preoccupied with death and bongos. I'll concede that we occasionally betray a certain haunted look. But I'd wager that everyone is just as obsessed as poets are with what lies beyond the veil; they simply never record those ruminations on paper. Most people remain adrift, so to speak, with nothing but the brief social rituals of funerals to metabolize all their complex feelings of dread, remorse, grief and just plain pain.

My personal theory is that, rather than dismissing poetry about death as morbid, people actually crave it. We all need a way to make sense of something so enormous that science, religion and philosophy cannot touch it, not really, not beyond speculation. People are so drawn to poetry about mortality because it doesn't offer solutions. Poems acknowledge death, wave to it, invite it up onto the porch to sit for a spell.

Here, I and a few other local bards do just that.


the sweetest creatures came to see


the science of me

from across the park

I became a set of teleprompts

for a woman in makeup

who'd only had coffee


the maid received a tip for


my softest shares were gentled first

on the sea floor

of tooth and claw


I was a castaway for centuries

till they scared up

& puzzled at my cloistered rest—

as if I were a child again—

I came up ably


I froze into stone


someone wrote a poem—

I received a condolence card

from the obstetrics office that said,


We're so sorry for your loss. Know that all

will happen in its own time. This isn't because of

anything that you did.


Aunts, friends, and web pages insist that it was not my fault.

I don't think it was, but sometimes I suspect it anyway,


and I walk through the methods I might have used

to kill my children: the booze before we knew,

and lifting boxes of poetry

twins out of the deal. Whatever.

I wish they had been tougher.


must have shrunk so small to harvest them,

scythe the length of an eyelash.

I said it would be a slow unsnarling

color of a clear sky at dusk, deepening

both toward and away from words


worry, the family, the future

grind of gravel beneath her feet


sting of wind, ache in the marrow

the moon will rise inside you


while other voices ebb, I said

it will be peace, I think she fell asleep


or maybe she retched a little

into a small cup held to her lips


then I slipped away

or kissed her, at least touched


her hand, having given an answer

full with an extravagance


of emptiness, like a bowl up to the brim

where truth would have been

Your first winter up north, you dream you'll die.

You walk when you could drive, stand in the middle

of the frozen lake, chilled through the coat

of mossy worsted that was too warm to wear back home;

come in with frostbite on your little finger.

The nights swallow the helpless days,

but the misery is not quite yours yet:

more someone else's you are trying on.

It is, for now, almost a relief.


Your first winter, one night, you see it,

set into a filthy snowbank plowed up as tall as you:

the big dead chicken, its feathers burnished green and gold.

For a moment, you are sure you have to save it.

For a moment, you forget it's only cold that keeps it. 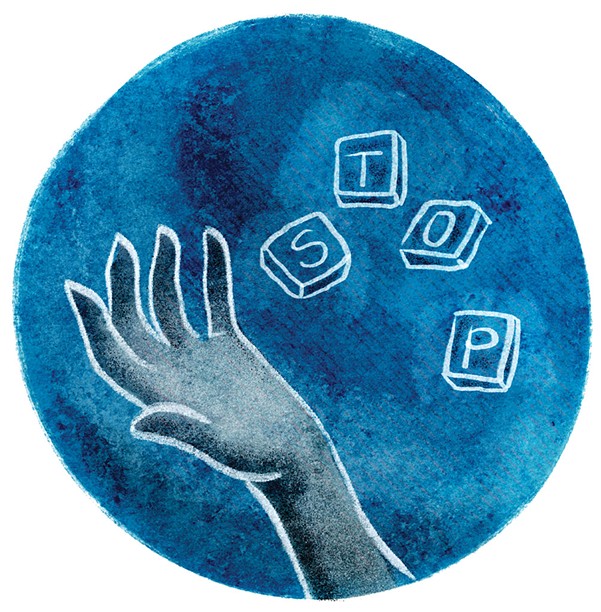 Telegram to a Suicidal Friend