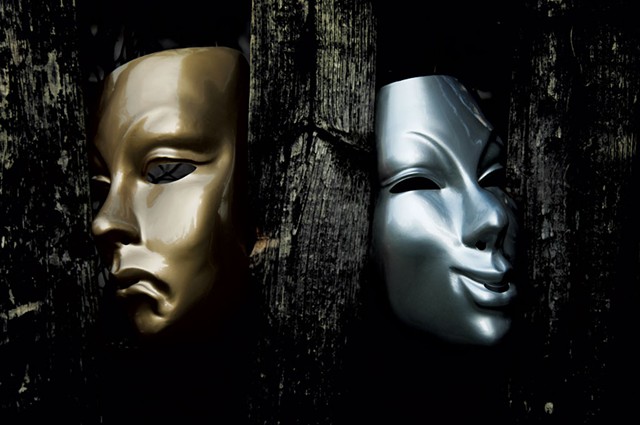 It doesn't take a mathematician to see that our culture likes to think in tens. There's the "perfect 10" score. Thrilling 10-second countdowns for New Year's Eve and rocket launches. Top-10 lists of just about everything. Not to be left out, live theater has developed its own affinity for 10: Festivals of 10-minute plays have become popular in cities across the country.

In preparation for its 12th TenFest, to be held October 31 through November 3, VPC has put out a call for play submissions. Playwrights should note that only hard-copy submissions are acceptable — no email attachments or other electronic files.

Criteria for a "Vermont playwright" are a bit looser. Submissions can come from anyone who was born in Vermont, lives here now or has lived in the state for three consecutive months at some point. According to TenFest founder and VPC board vice president Jeanne Beckwith, the festival has featured plays from "Vermonters" in Maine, Florida, New York City and the Midwest.

She recalls making an exception in the festival's early years for a New Hampshire resident who worked in Vermont, based on the length of time the writer spent in the Green Mountain State. Authenticity of this sort isn't foremost in Beckwith's thoughts, though, as she looks to this year's TenFest. "Vermonters are pretty trustworthy," she says.

She's more concerned that people note a change in the festival's usual date. TenFest has become a staple summer theater offering in the Mad River Valley, typically going up in August. This year's autumn production date was necessary to fit around a special season of shows by the Valley Players — resident troupe in the historic theater — in celebration of 40 years as a company. (See a review of their current show, Harvey, on page 40.)

This year's festival further breaks with tradition by taking on a theme: "FantasyFest: A TenFest Halloween Extravaganza." Although the festival coincides with Halloween, scary scripts are just one option. As the website indicates, VPC judges are looking for "plays of a speculative nature, dealing with fantasy, fairy tales, science fiction, and horror."

Beckwith was inspired to produce a 10-minute festival after seeing one of her own plays staged in a program of short works by the Parish Players of Thetford. Around the same time, Beckwith, an accomplished playwright and lecturer in English and communications at Norwich University, also attended another short-works festival, the Boston Theater Marathon. She says she was struck by the variety that the 10-minute format encourages — but also the challenge.

"[The play] can't be just a dialogue," she says. "It has to have a beginning, a conflict and a resolution ... It's got to have everything that a [full] play has, but in 10 minutes."

Beckwith adds that, in her experience, comedy seems to work most consistently well in this short form.

That sounds about right to Wendi Stein, a former TenFest judge who describes her taste in plays as "traditional." In a WhatsApp interview from Uganda, where she is reviewing submissions for a serial radio drama for South Burlington-based Population Media Center, Stein says she reads scripts with a few key questions in mind: "Are the characters clear? Is the dialogue good?" Her experience as founder and codirector of local company Theatre Kavanah, which is currently on hiatus, also factors into her assessment: "As it is written, can it be produced in this format?"

Stein admits that her preferences are a "bias" she tries to keep in check. Fortunately, she adds, the TenFest judging process helps level the playing field by removing names from scripts. The benefit of having "multiple people scoring the scripts" without knowing who wrote them is that "the ones that are really good, everyone's going to recognize," she says.

If TenFest's past is prologue, the program will be eclectic. Over the years, the event has mounted plays by authors across generations — some in their teens, some in their eighties — and with a range of theater experience. South Hero playwright Luc Reid, a four-time TenFest presenter, remembers the 2014 event when he and son Ethan, then a 17-year-old student at Champlain Valley Union High School, both staged plays.

The elder Reid's play, an experimental piece titled "The Joke About the Small Bird," featured action presented in reverse chronological order (like, say, Harold Pinter's Betrayal). Ethan's play was called "At Death's Door" and centered on an Amazon package delivery to the grim reaper.

"His was more successful than mine that year," Luc Reid concedes.

A web developer and prolific author of short fictions and plays, Reid hasn't committed to submitting a play to this year's TenFest, but he stands by the creative value of the 10-minute constraint.

"I love getting in there, trying to offer an experience that's really unusual and intriguing, and then coming out with something meaningful in the end in a short space of time," he says. "It's a difficult thing to pull off, but it's a really enjoyable challenge."