Vermont Man to Walk Across the Country to 'Fix Our Democracy' 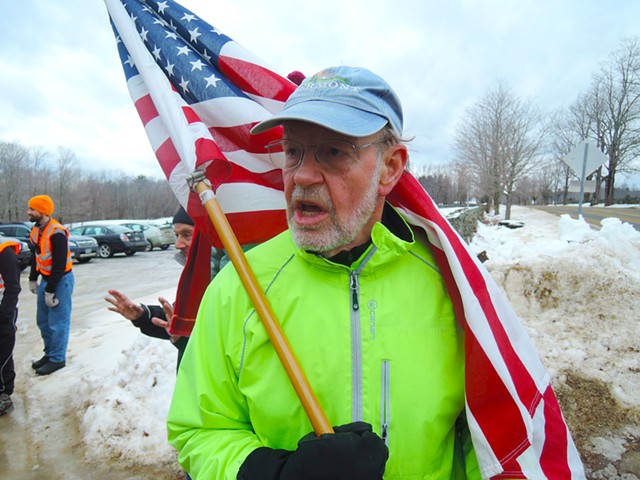 On January 1, 1999, an 88-year-old political activist from New Hampshire named Doris Haddock embarked on a 3,200-mile cross-country walk to drum up support for campaign finance reform.

Affectionately known as “Granny D,” Haddock finished her trip to Washington, D.C., on February 29, 2000, garnering widespread media attention along the way. South Burlington resident Rick Hubbard — an author, activist and retired lawyer — learned about Granny D through a distant relative, who also happened to be Haddock’s grandson. Inspired by her resolve, Hubbard traveled to Kentucky to walk alongside her for a week.

More than two decades later, Hubbard, 80, is preparing to follow in Granny D’s footsteps. On October 1, he’ll begin his own traverse across the country to rally fellow Americans to fix democracy. He’s hoping to generate awareness and support for political solutions he’s passionate about: passing voting rights legislation; having open, nonpartisan primaries and ranked choice voting; allowing all citizens to make small donations to campaigns through an income-tax rebate; and outlawing gerrymandering.

Starting in Los Angeles, Calif., Hubbard will make stops in more than 30 towns and cities — from Las Vegas, Nev., to Lincoln, Neb. — where he’ll meet with local activist groups, speak with citizens and give speeches. A support RV, driven by a rotating cast of volunteers, will follow Hubbard on his journey, and take him on side trips to events in different towns.

Hubbard plans to arrive outside of Washington, D.C., in December — of 2023. After going home for the holidays, he’ll return to the U.S. capital in the new year to engage with lawmakers.


Hubbard sharpened his views about the government after years of research.

The D.C. political system isn’t broken, he told Seven Days this week during a pitstop in Atkinson, Ill., where he was getting the support RV serviced on his way to California.

“It delivers exactly what it is designed to deliver for … incumbents and their political parties and the consultant class that helps them get elected, and the media that makes beaucoup bucks on all the political advertising,” he said. Meanwhile, he said, surveys show that the vast majority of Americans don’t believe that the government is serving their best interests.

An avid hiker and walker, Hubbard hopes to log an average of 10 miles per day, five days a week on his route. He’ll have to take one detour halfway or two-thirds into the trip to fly home and get the battery in his pacemaker replaced.

“I don’t know how many years I have left, but I do know that, statistically, it’s pretty small,” Hubbard said, “so why not take a chunk of it and do what I can?”