Vermont Legalized Medical Marijuana Dispensaries Earlier This Year - So Where Are They? 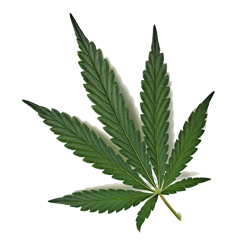 Sandy “Wells” Ward may not be the perfect poster child for medical marijuana. She and her husband were busted in September 1988 for running a major pot-growing operation in Underhill. The longtime marijuana policy reform advocate was arrested again in February 2006 after displaying two vials of weed during a House Government Operations Committee hearing.

But now the pot proponent needs marijuana not for business or recreation, but to manage her pain: The 51-year-old single mom suffers from inoperable lung cancer and chronic obstructive pulmonary disease. Although a glass pipe in her home suggests she’s smoking cannabis, inhalation isn’t her preferred method of drug delivery; she’s perpetually on the verge of a coughing fit.

Ward is skeletally thin, her ropy arms crisscrossed with protruding veins. Soon after her cancer diagnosis last year, she traveled to Colorado to get on that state’s medical marijuana registry. In Colorado, where medical marijuana dispensaries are abundant and highly visible and advertise prolifically in local newspapers, Ward had access to a wide selection of cannabinoid products. On the recommendation of a Vermont health care practitioner, she baked cannabis oil into her food and ate it.

Ward is one of 355 patients on Vermont’s medical marijuana registry; established in 2004 by the Vermont Legislature, the law failed to specify where patients could procure their “medicine.” Two months ago, Gov. Peter Shumlin rectified that by signing Act 65 into law, which permits up to four medical marijuana dispensaries in Vermont.

“I’ve contacted legislators, the governor, everybody, but no one wants to talk about it,” she says.

There’s been no official communication about the law establishing medical marijuana dispensaries in Vermont, where patients or their registered caregivers can buy up to two ounces of usable cannabis per month. But when the bill was being debated, Vermont lawmakers were largely against the idea of legalizing California- or Colorado-style dispensaries that sell cannabis products in easily accessible storefronts.

To that end, Act 65 capped the total number of registered dispensary “customers” at 1000, and mandated that all dispensary transactions be conducted by appointment only. No marijuana can be consumed on the premises.

Plus, if a patient designates a dispensary, he or she can no longer cultivate marijuana at home. There’s no provision to allow those who grow their own to buy from a dispensary if their plants fail.

When will Ward and others be able to buy their pot products legally and hassle free in Vermont? Not anytime soon, says Francis “Paco” Aumand III, director of the Division of Criminal Justice Services, the civilian arm of the Vermont Department of Public Safety. “As the law is written now,” he says, “no marijuana is to be dispensed until 2014.” That’s July 1, 2014. The law will take effect on July 1, 2012.[*]

Vermont is the first state in the country to put its marijuana registry and dispensaries under the aegis of a law enforcement agency. The Division of Criminal Justice Services is writing the rules and regulations. But the public’s first peek at those rules and regs won’t happen before January 1, Aumand says — the next date DPS is supposed to report back to the legislature.

As part of the process, Aumand is sending out a statutorily mandated questionnaire to all patients on the medical marijuana registry, asking them a host of questions about their cannabis use. Among them: What medical conditions and/or symptoms do you use marijuana to control? Do you know what strains of marijuana you use, and, if so, which ones are most effective? How much marijuana do you consume each month? And how much would you be willing to pay per ounce?

The survey is expected to go out in September.

Aumand says he may add another question about whether the current law should be amended to allow patients who cultivate their own marijuana to access a dispensary if something goes wrong with their plants. Ultimately, he says, the goal is to help the state write better rules and help dispensaries better meet the needs of their patients.

“One of the challenges is to develop regulations that don’t make it easy for the diversion of marijuana, while at same time don’t overburden the dispensaries from a business perspective,” he explains. “That’s kind of a unique challenge for us right now.”

Indeed. Unlike marijuana dispensaries in other states, Vermont’s will be nonprofit entities, the establishment of which takes time and paperwork. And there are up-front costs. The initial application fee is $2500. If a license is granted, the owner pays $25,000 at the outset for the first year; $30,000 for each subsequent year.

Legal and financial requirements haven’t discouraged wannabe legal ganja growers. Shayne Lynn, a professional photographer based in Burlington, would like to be one of Vermont’s lucky four. Lynn, 40, is a native Vermonter who says he knows several patients on the Vermont registry who have already expressed an interest in accessing his services.

Thus far, Lynn has registered his nonprofit organization, Champlain Valley Dispensary, and drafted a preliminary business plan. The plan is incomplete, he admits, as he’s still waiting on the state to release its final rules. And, despite the mandatory nonprofit status and 1000-patient statewide limit, Lynn claims he’s already lined up some “investors” who are interested in backing a “100 percent Vermont-owned business.”

Lynn also claims he’s secured some “verbal OKs” from Burlington-area landlords to house the dispensary. Lynn doesn’t plan to do the growing himself, but knows “other people who have that expertise who are more than happy” to be a part of his business venture.

“There’s a lot of risk here, and it makes me very nervous,” Lynn says. He isn’t just talking about the time and money he’s invested, but the politics of the issue. “Under the Douglas administration, this never would have happened.”

Which begs the question: Exactly how will DPS evaluate these applications? Will it judge applicants’ horticultural abilities? What strains they’re offering? Whether they plan to offer full buds, tinctures or loose shake? Will there be a brownie taste test?

“No, we’re not going to get into any of that,” Aumand warns. Essentially, he says, the state will judge the soundness of applicants’ business plans, their proposed recordkeeping systems, their security plans, and, most critically, their criminal and financial backgrounds. He doesn’t expect any dispensary applications will be reviewed or approved before next summer.

Mark Tucci, a registered medical marijuana user and activist who was instrumental in the passage of Vermont’s dispensary law, admits it isn’t 100 percent perfect; he pushed for a marijuana delivery service rather than bricks-and-mortar dispensaries.

Nevertheless, Tucci believes it’s a good thing that Vermont dispensaries will be overseen by law enforcement rather than the state health department, which, he claims, has delayed their rollout in other states. As he points out, Vermont’s dispensaries will have total transparency and operate under ultra-tight security mandates. “It’s going to be harder for someone to steal weed out of a dispensary than Oxycontin out of a drug store.”

Worth waiting for? Maybe. Unless you’re as sick as Ward. “There are people out here that are dying,” she notes. “They are killing us, literally.”

Due to a misinterpretation of state law by Vermont Department of Public Safety staff, this story originally contained incorrect information about when Vermont's dispensaries will be up and running. The effective date of the law, which will allow patients to legally buy medical marijuana rather than growing it themselves, is July 1, 2012, not 2014.