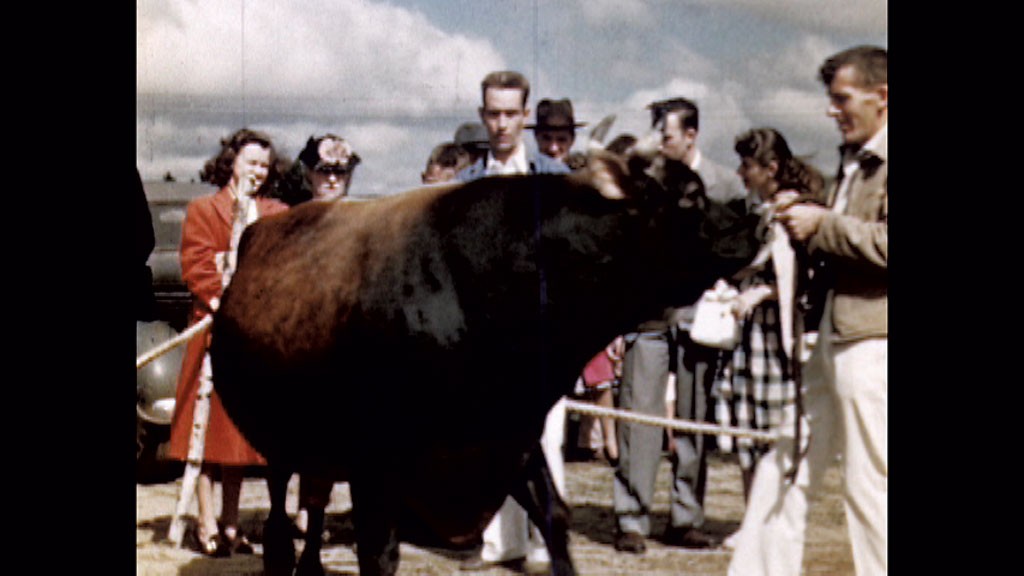 The Vermont International Film Festival, which kicked off its 29th year on October 24 in downtown Burlington, highlights new and challenging films from all over the world — and from its own backyard. Vermont films of all stripes reach local eyeballs via the annual Vermont Filmmakers' Showcase.

This year, the Vermont International Film Foundation (the festival's parent organization) has pledged its support not just to Vermont film's future but to its history. VTIFF launched its Vermont Film S.O.S film digitization initiative at a festival screening on October 25.

Orly Yadin, the festival's executive director, says the purpose of the initiative is to "find the films that are in obsolete formats, or maybe in degraded conditions, and digitize them before they're lost forever." Not just any films: The project aims to preserve Vermont-specific cinematic texts. Several types of moving images fit that bill: movies made by Vermont filmmakers (whether or not about the state) and movies about Vermont, including even home movies and outtakes.

As announced on October 25, the first two films chosen for archival digitization are Chester Grimes, a 1981 installment in Sutton filmmaker Herb Di Gioia's series Vermont People; and the 1916 silent A Vermont Romance. Yadin calls the selections "well chosen," as the first is by a well-known local filmmaker and the second is an old film shot in Vermont.

The project, which has been funded largely by the Burlington-based nonprofit film distributor Green Valley Media, is in its earliest stages, but its aims are ambitious. Ultimately, says Yadin, the goal is to find a permanent repository for the films that may prove vital to historians. Such a task entails the digitization and preservation of original celluloid and, Yadin hopes, the creation of a physical archive.

The initiative's first step has been the creation of a comprehensive database, which Norwich filmmaker Nora Jacobson, the project director of the multipart documentary Freedom & Unity: The Vermont Movie, has been compiling for the past several months. At present, it features more than 630 entries.

"[The digitization initiative] is a way to start collecting our film heritage, since film and photography is a huge part of our history," Jacobson says. "Film is a very important historical document, and it's going to continue to be."

The public announcement of the S.O.S. Initiative occurred at a festival screening of Pamela Yates' documentary Granito: How to Nail a Dictator. The tie-in was apt, as the film details how another of Yates' films was used as evidence in the war-crimes trial of Guatemalan dictator Efraín Ríos Montt.

The festival continues at Main Street Landing Performing Arts Center and other downtown locations in Burlington through Sunday, November 2.