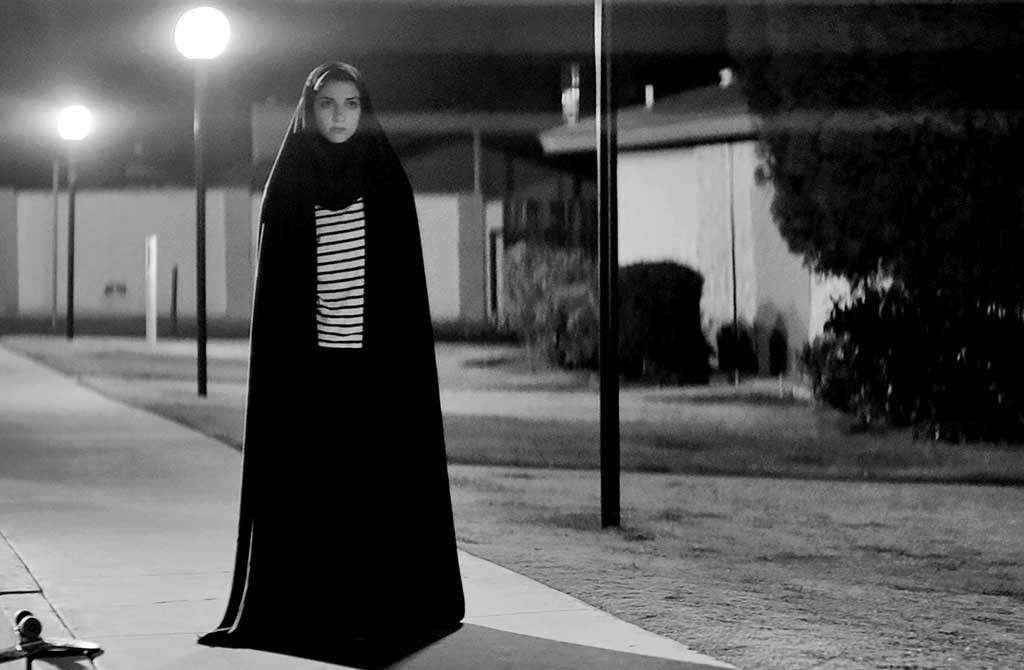 "You were aglow with movie love," said Seth Jarvis to Orly Yadin, describing Yadin's mood after seeing the 2013 Swedish film We Are the Best! Yadin concurred, remembering how she'd immediately announced that it would be the opening-night film for the upcoming Vermont International Film Festival.

Yadin is the executive director of the Vermont International Film Foundation, which stages the annual Burlington-based VTIFF, and she programmed this year's lineup along with four other local cinephiles. Her "movie love" has, in the eight years since Yadin took over as director, become increasingly important to the festival's mission.

Over 10 days, starting October 24, VTIFF will offer a wealth of documentaries and narrative features both vintage and new. Countries represented cinematically include Latvia, Iceland, Turkey, Spain and South Korea; most titles will run twice on one of the Main Street Landing Performing Arts Center's two screens.

Unlike larger, more renowned festivals in more populous cities, VTIFF (an acronym that, confusingly, refers to both the festival and its parent organization) is curated and does not issue a call for entries. As Yadin describes it, the decision to curate was both necessary and beneficial. "When you call for entries," she says, "you get hundreds and hundreds of submissions, which requires a lot of staff to sift through them. We don't have that capacity. It also means that most of them are bad, anyway. So we decided a few years ago that the festival would be much better served if there was a programming committee that went out and searched for films."

One strand of the festival does solicit cinematic submissions: the Vermont Filmmakers' Showcase. About half of the 23 local entries were ultimately selected for VTIFF. They include several that may be familiar to Seven Days' readers, such as the documentary United We Ski, telling the story of Vermont's seat-of-the-pants family-run ski areas; Colin Thompson's narrative feature Loser's Crown, about a soul-seeking thirtysomething; and 100: Head/Heart/Feet, a doc about ultramarathoner Zak Wieluns.

Yadin isn't kidding about the festival's dearth of staff: She's the sole full-time employee. Jarvis, who joined in April as executive assistant and outreach coordinator, works part-time for VTIFF, as does administrative assistant Joanna Thomas. Everyone else, from programmers to ticket sellers, is a volunteer.

VTIFF's status as a small festival is reflected in its humble headquarters — a single, windowless room in downtown Burlington. While it's not in the same league as the famous Toronto or Venice film fests, VTIFF has optimized its limited resources, bringing 42 features and more than 40 shorts to Burlington for its 29th iteration.

According to Yadin, the festival's audience has increased about 20 percent every year since 2009. That growth, she suggests, is due at least in part to a broadening of VTIFF's mission to embrace more fully the "movie love" that inspires cinephiles like Yadin and Jarvis.

When it was founded nearly three decades ago, VTIFF took as its mission the exhibition of cinema of social justice. Films were chosen more on the basis of their political leanings than on their cinematic value. Yadin says that, ever since she joined the festival board several years ago, she's felt "that we needed to gradually shift away from being identified as a 'social issue' film festival. We need to be a film festival."

That doesn't mean films with messages about social equality are forbidden at VTIFF, just that first and foremost they must be good films. VTIFF's mission is now more explicitly cinematic, Yadin says. Its goals are to show films from all over the world that aren't usually played in local theaters — films people might not discover on their own. As Yadin puts it, films that are "not necessarily always innovative, but that have something to say in terms of cinematic language."

Asked to name films that fit that bill especially well, Yadin and Jarvis cite several. Though she's cautious about overselling it, Yadin can't hide her enthusiasm for the Icelandic tragicomedy Of Horses and Men. Being an animator herself, she's also very excited that the festival will showcase several works by visionary Canadian filmmaker Norman McLaren. Jarvis is a "huge fan" of the Harry Potter-esque Spanish film Zip & Zap and the Marble Gang, which he calls "Spielbergian." He also singles out Michel Gondry's most recent feature, the fanciful romance Mood Indigo.

This year, the programming committee found that of the 42 features selected, 16 were directed by women — a percentage far higher than in mainstream American filmmaking. "We were looking for what we felt were interesting films," says Yadin. "The result was, to the pleasure of everybody on the committee, that a high number of them were made by women." That roster includes films by established auteurs (Catherine Breillat's autobiographical Abuse of Weakness), first-time directors (Iranian filmmaker Ana Lily Amirpour's horror film A Girl Walks Home Alone at Night) and muckracking documentarians (Pamela Yates' Granito: How to Nail a Dictator).

Other such themes emerged organically; some are highlighted in the festival program, which was distributed in last week's Seven Days and is available at vtiff.org. "Emerging Filmmakers" showcases the work of up-and-coming directors; "Artists in Action" presents films about artists such as choreographer Elizabeth Streb and visual artist Sol LeWitt.

Other categories show how the festival is branching out to appeal to a wider local demographic. The three-film "family friendly" series does what it says on the tin, and "VTIFF After Dark" showcases three recent horror movies in screenings at ArtsRiot at 10 p.m. — "the Burlington midnight," the program wryly calls it.

More ambitious is the series of student matinees. Curated by Jarvis, this four-film miniseries uses movies old (the 50th anniversary rerelease of Stanley Kubrick's Dr. Strangelove or: How I Learned to Stop Worrying and Love the Bomb) and new (the dialogue-free, feature-length Brazilian animation The Boy and the World) geared toward school-age kids. Jarvis says he chose them in part for their "potential as educational tools and launching pads for discussions."

Next year is VTIFF's 30th anniversary, and Yadin is already envisioning "a big splash." While she hasn't worked out the details, she says she'd like to celebrate VTIFF's history while continuing to nudge it forward. That's exactly the kind of push and pull that is likely to define this growing, ambitious festival — and propel it into the future.

Disclosure: Seven Days is one of the media sponsors of the Vermont International Film Festival.