Vermont in Black and White at a New Gallery 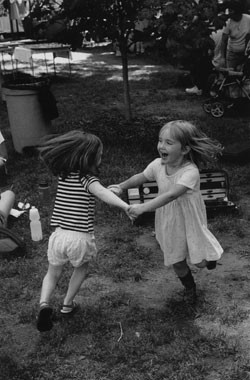 Peter Miller may be the only Vermonter who insists on calling his town Colbyville — most people call it Waterbury — but this week he’s providing another reason to put that sliver of the state on the map: the Peter Miller Photography Gallery. He’s transformed the first floor of his house on Crossroad — just off Route 100 and a stone’s throw from the Ben & Jerry’s factory — into an exhibition space for his own monumental body of work.

Miller is perhaps best known for his annotated photography books Vermont People, Vermont Farm Women and Vermont Gathering Places — the trilogy earned him, in 2006, the state legislature’s “Vermonter of the Year” award. Miller has beautifully documented quintessential people and places of the Green Mountain State in black and white. Some of these photos comprise his debut exhibit at the gallery. “The main thrust is the 15 prints in the ‘Vermont Icon Series,’ shot from the 1960s to a few months ago,” he explains. The oldest of these 16-by-20-inch framed photos is a veritable icon itself: the portrait of “Will and Rowena,” from 1960, which appears on the cover of Vermont People. There will also be a limited edition of large-format — 32 by 40 inches — prints, Miller notes.

The photographer is hoping to attract, aside from the general public, corporate collectors and decorators to his gallery — “people who need images to put in condos or buildings,” he suggests. They’ll find much to choose from — along with the Vermont shots, vintage images from his book The First Time I Saw Paris, and “some from the 1957 wine harvest in Margaux,” he says. As for those Ben & Jerry’s tourists: “I’ll sell them note cards,” Miller sniffs, adding mischievously, “If I didn’t open a gallery, I was thinking about opening a Häagen-Dazs shop. I’ve always wanted to do that.”

Miller is known, too, for his crusty opinions, especially about the changing landscape of his beloved state. “This used to be a country road and now there are 20,000 cars on Route 100,” he laments. Miller is currently compiling essays, stories and letters-to-the-editor he’s written over the years into a forthcoming book called Nothing Whatever Happens in Colbyville, Vermont. Excerpts appear on his website, www.silverprintpress.com, as does his catalogue of photos, books, films — by Tunbridge filmmaker John O’Brien — and other Vermont products. One back-burner book, Miller reveals, will pair his photographs with poems by Robert Frost.

Miller can often be found working on his various projects in a small office adjacent to the four-room gallery, which opens this Friday. “If you can’t make that, visit on Sunday and keep me company,” he suggests.

The Peter Miller Photography Gallery, at 20 Crossroad in Colbyville/Waterbury, will be open Friday through Sunday, or by appointment. The grand-opening reception is December 14, 5-7 p.m. An open house on December 16 runs from noon to 6 p.m. Info, 244-5339.