Even before the pandemic, getting into the woods and staying there for days at a time was the ultimate form of social distancing. The Green Mountain State is blessed with miles of backcountry trails for hiking, mountain biking, snowshoeing and skiing. But until recently, people who wanted to turn a one-day outing into an overnight or multiday adventure had to haul all their shelter, cooking and winter warming gear with them.

Not anymore. In the last few years, the Vermont Huts Association has been steadily building its catalog of year-round, remote accommodations that allow outdoor enthusiasts to spend more time exploring the state's natural beauty and less time driving from one trailhead to another.

"It's exciting. Things have grown each year," said RJ Thompson, executive director of the Stowe-based nonprofit. "COVID has really turned on a lot of Vermonters to exploring their backyards and neighboring opportunities."

Since the pandemic began, the VHA's network of cabins, huts, yurts and lodges has enabled Vermonters to, as its website proclaims, "play safely with your trusted pod." Thompson estimates that bookings increased 30 percent over the same period of the previous year. Reservations are completely sold out through this winter and into early April. 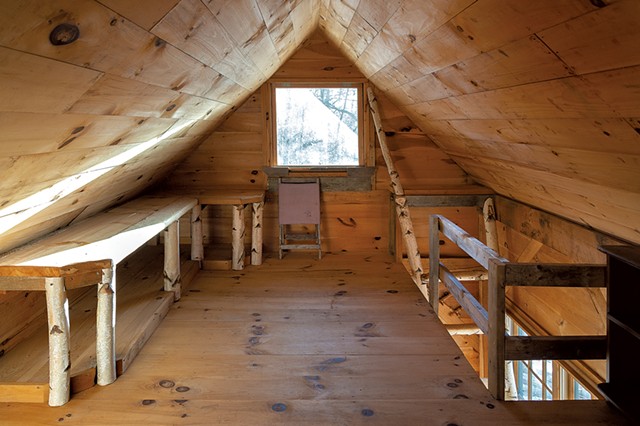 Thompson, 37, is a University of Vermont graduate who started the VHA, with cofounder Devin Littlefield, in August 2016. Two years later, the group partnered with Yestermorrow Design/Build School in Waitsfield to construct its flagship cabin, the Chittenden Brook Hut in the Green Mountain National Forest. The cabin was finally completed on November 30, 2018; its first guests arrived the very next day.

Today, the VHA leases eight huts in the backcountry and sidecountry. The latter term refers to locations where visitors can park their vehicle and reach the hut relatively quickly, without a several-mile excursion. The accommodations include the Nulhegan Confluence Hut in the Northeast Kingdom, located a mere 300-yard walk, ski or snowshoe from Route 105 near Bloomfield.

The VHA's huts wouldn't qualify as glamping, but they're definitely a step above tents and lean-tos. Though each hut is unique, Thompson explained, they all provide a heat source, such as a wood or propane stove, to keep guests warm in the winter, as well as cut firewood. Some huts provide a cooking source, such as a propane grill; a kitchen outfitted with bowls, plates, pots, pans and utensils; and lofts, bunk beds or sleeping platforms with padded mattresses. Visitors must bring their own sleeping bags and, during COVID-19, sheets to cover the mattresses, as well. Sanitizing sprays and wipes are provided. 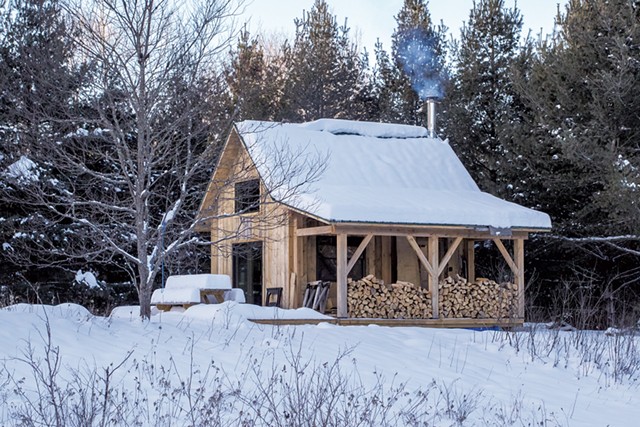 None of the huts has running water — guests either carry theirs in or gather it from snowmelt or nearby streams — and most have no electricity. The Chittenden Brook Hut has a light-duty, off-grid solar panel to power indoor lights but no outlets for charging devices. All the huts have an outhouse or composting privy.

The VHA doesn't own all the huts it rents. Rather, it's steadily building partnerships with other nonprofit groups — including the Catamount Trail Association, the Green Mountain Club, the Velomont Trail Collective and the Vermont River Conservancy — as well as governmental agencies and private landowners, to create a statewide network of huts. As Thompson put it, "Without the trail network, the hut network doesn't really exist."

In fact, the single most important criterion the VHA considers when deciding whether to add a new hut is the recreational opportunity nearby. All rentals are located either trailside or along a spur that's part of a larger trail network. 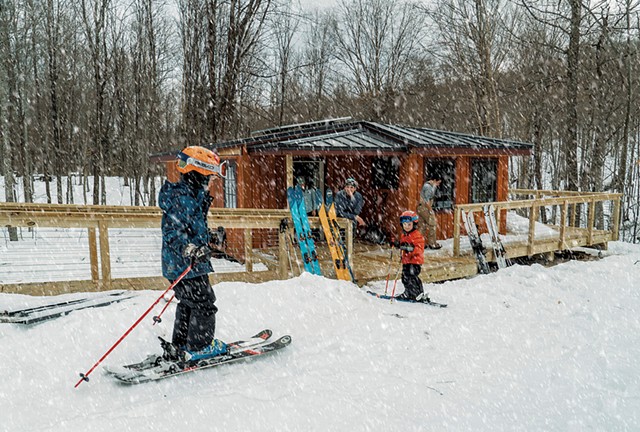 Triple Creek Cabin and Crow's Nest Yurt, both in Huntington, as well as Bolton Lodge and Bryant Camp in Bolton Valley, are situated along the Catamount Trail or close to it, making them popular destinations for backcountry skiers.

Chittenden Brook Trail, in the Green Mountain National Forest near Chittenden, is off a spur of the Long Trail. And Merck Forest & Farmland Center in Rupert has a series of cabins located on more than 3,100 acres of managed forest, a working farm and a sugaring operation.

Even the VHA's sidecountry huts offer unparalleled outdoor options. The Nulhegan Confluence Hut sits along the Nulhegan River, part of the Northern Forest Canoe Trail. In warmer weather, the hut can be reached via canoe or kayak from the river's headwaters in Island Pond. It provides paddlers with water access to the Connecticut River, as well as the Silvio O. Conte National Fish and Wildlife Refuge.

"They all offer unique vibes and different recreational opportunities, depending upon what your preference is," Thompson said. 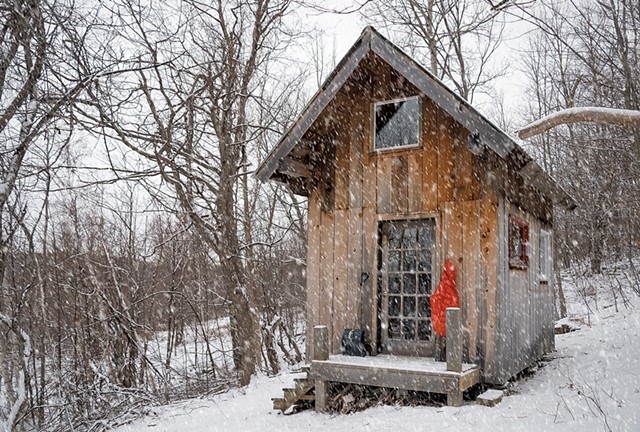 However, you don't need to be an accomplished backcountry camper or endurance athlete to enjoy the VHA's huts. The day after Christmas 2019, Paul Hayes of Bolton took his then-10-year-old daughter, Harper, to Bryant Camp, which sleeps as many as 10 people. While his daughter used snowshoes, Hayes skied in, pulling behind them a sled with their food and gear. In all, he estimated, it took them only about 30 minutes to get there.

"The beauty of Bryant is, it's just a really surreal getaway," Hayes recalled. Father and daughter arrived after dark in the freezing cold, then grabbed some wood and started a fire. "After a couple hours, it was like 70 degrees in there. It's real primitive and rustic."

In the long term, Thompson envisions the VHA offering hut-to-hut adventures, through which hikers, skiers, paddlers and mountain bikers can travel from one hut to the next, covering dozens of miles each day.

In winter, you can already ski from Bryant Camp to Bolton Lodge to Crow's Nest Yurt to Triple Creek Cabin — with little or no need to ever leave the trail.

The Vermont Huts Association will begin accepting spring and summer reservations in mid-March. Learn more at vermonthuts.org. The Green Mountain Club manages Bolton Lodge and Bryant Camp; reservations can be made at greenmountainclub.org/gmc-rental-cabins.