Salman Rushdie to Speak in Burlington 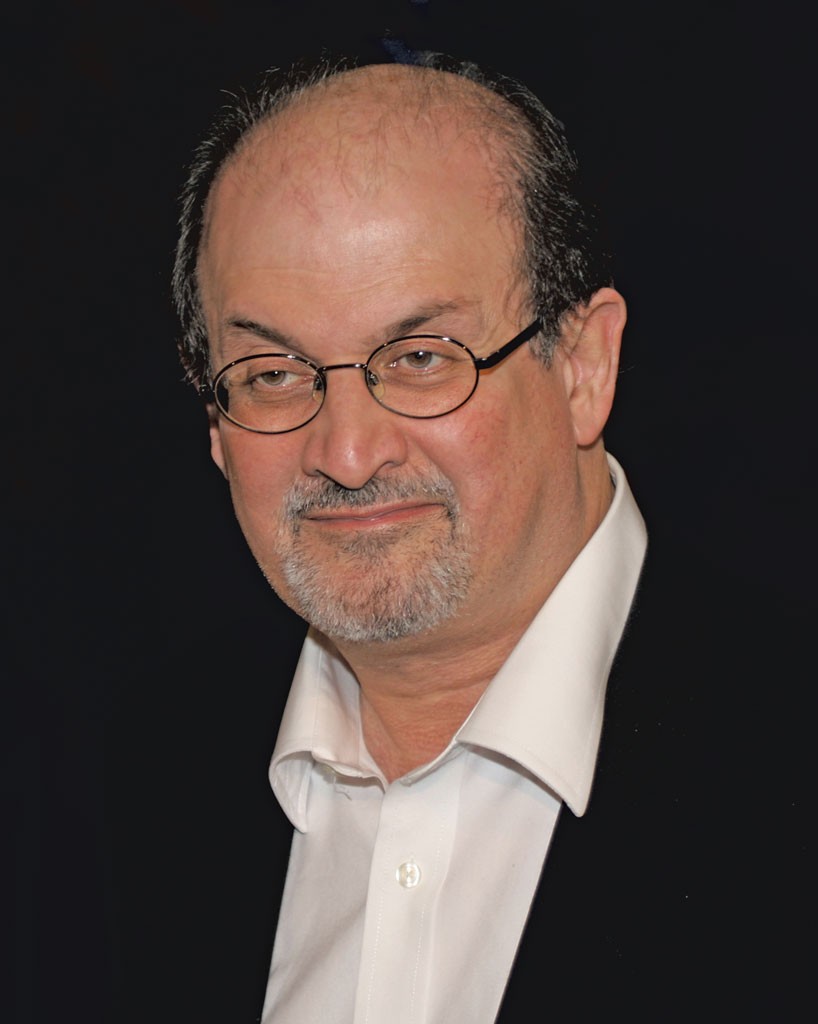 The Vermont Humanities Council in Montpelier keeps a list of books, ever expanding, from which the organization chooses one title a year for Vermont Reads, its statewide community reading program. The 2015 pick, Salman Rushdie's 1990 novel Haroun and the Sea of Stories, had spent quite some time on the list, according to VHC director of community programs Amy Cunningham.

But it wasn't until University of Vermont poet and VHC board chairperson Major Jackson met Rushdie at an international literary festival in Jamaica this past summer that Haroun catapulted to first choice. The VHC requests that Vermont Reads authors come to Vermont and speak about their work. When Jackson mentioned to Rushdie that his book might be chosen for the reading program, the literary giant didn't hesitate to accept the invitation to visit.

Rushdie will speak at the University of Vermont's Ira Allen Chapel in Burlington on January 14, 2015. The event, copresented by the UVM Office of the President, is free. But tickets are required, and sure to be snapped up when they become available on November 3. Rushdie is likely to draw even more people than poet Billy Collins did when he appeared at a VHC event in October 2013. Then, an overflow crowd stood peering through the chapel's open windows.

Jackson says the literary festival where he met Rushdie — the author of Midnight's Children, The Satanic Verses and other vividly imaginative, award-winning books — made it easy to chat. The gathering is "very casual," he says, and held at a private Jamaican home. The two authors began talking about New York City in the 1970s, then about Philadelphia — Jackson's birthplace, and the setting of many of his poems — and eventually about Vermont and the poet's role at VHC.

Explaining Rushdie's enthusiasm for the visit, Jackson says, "I think writers get excited by a readership, particularly for certain books that are meaningful for us."

Rushdie began creating Haroun as a bedtime story for his son Zafar Haroun Rushdie when he was 9, and completed the manuscript on the boy's 11th birthday. During that time, Rushdie learned that his 1988 novel The Satanic Verses had prompted Iran's ayatollah to issue a fatwa calling for the writer's death. Rushdie went into hiding for nine years in Great Britain. Since 2000, he has lived in New York.

Jackson, who reads with his own 11-year-old son in the evenings, says that Haroun is "our slated next book." While considered a children's book, the novel has plenty for adults to appreciate, including veiled allusions to the author's situation.

In the story, the young hero must travel to Earth's second moon to unplug the Sea of Stories so that his father, a storyteller who lost his gift after his wife left him, can begin plying his trade again. Half of the moon's population, the Chups, lives in perpetual darkness and is forbidden to speak by its dictator, Khattam-Shud ("The End"). The Gups on the other half live in endless sunlight, love language and view themselves as keepers of the Sea of Stories, which is being poisoned by the Chups.

Yet it's the Gups who have engineered the moon to remain divided into regions of light and darkness, and so have imposed darkness on their enemies. The need to control others is universal, the story implies.

Rushdie's talk will follow the lead of Haroun, who demands of his father, "What's the use of stories that aren't even true?"

For Vermonters, one answer is clear: Those stories generate a fabulous sea of titles at the VHC offices, hundreds of free books for discussion groups — which must apply for the program — and a chance to hear from one of fiction's greatest practitioners.

Salman Rushdie, Wednesday, January 14, 5 p.m., at Ira Allen Chapel in Burlington. Free. Required tickets are available for in-person pickup beginning Monday, November 3, at UVM's Dudley H. Davis Center and Patrick Gymnasium; at Brownell Library in Essex Junction (878-6955); and at the Vermont Humanities Council in Montpelier (262-1355). A waiting list will not be kept prior to the pickup date. vermonthumanities.org