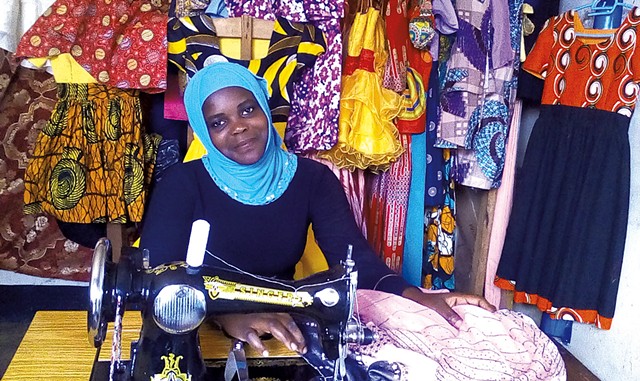 In the late 1990s, Paul Demers and Joanne Heidkamp's 12-year-old son, Stephan, spotted an intriguing item in a mountain biking magazine. A nonprofit organization was collecting old bicycles in the U.S. and sending them overseas to people in developing countries.

"It caught his attention that bikes were being provided to health care workers, teachers [and] midwives who, on a bicycle, could get to twice as many villages as they could on foot," Heidkamp said.

The parents were intrigued, too. Finding no existing Vermont chapter of Pedals for Progress, Heidkamp and Demers joined up with a group of returned Peace Corps volunteers to create their own. In 1999, they organized their first collection event and have held one each year since, collecting 4,200 bikes and more than 600 sewing machines — another empowering commodity — along the way. The equipment is sent to countries in Africa, Central America, Southeast Asia, the Pacific Islands and Eastern Europe.

"Every project has just the most heartwarming/heartbreaking stories of how these bikes and sewing machines are changing peoples' lives," Heidkamp said.

She recalled one teacher in Albania who realized that the young women who graduated from her high school were moving to Italy intending to work as nannies or waitresses. In reality, the girls were being lured into sex trafficking, Heidkamp said.

"And so she requested sewing machines and set up a sewing workshop so that women could stay in the village and make curtains, make aprons, make tote bags, make clothing," Heidkamp said. "It created some employment that allowed people to stay in the community."

This year's haul is likely headed to Guatemala, Heidkamp said. And the group has two collection points: at National Life in Montpelier from 3:30 to 7 p.m. on Friday, September 24, and at the flagship Burton store in Burlington's South End the next day from 8:30 a.m. to 1 p.m. Everyone who donates a bicycle or sewing machine is asked to contribute $15, which pays a portion of the fare to send the equipment across the ocean in a shipping container.

"Sometimes, people come to donate a bike and then stay to help get the bikes loaded," Heidkamp said. "Once you're there, and you see the truck loading, it's very compelling."

The original print version of this article was headlined "Second Cycle"