Vermont Food Writers Are Flocking to the Blogosphere 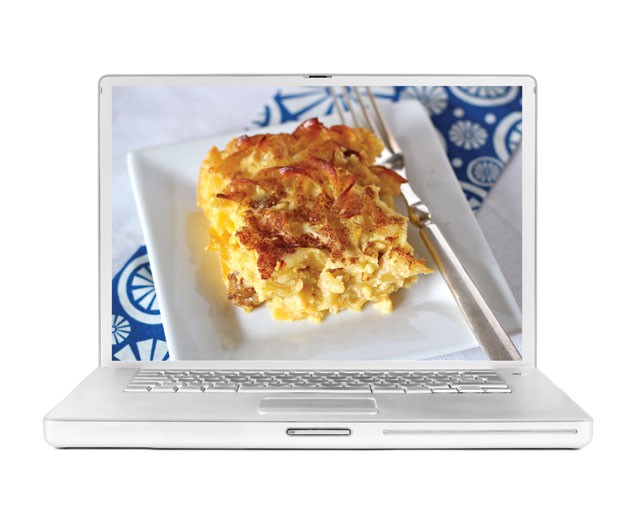 It may not have made newspaper headlines, but when renowned food writer Amanda Hesser recently discouraged other wannabe writers from pursuing their dreams — at least as a career — her words reverberated throughout the food-media world. “Except for a very small group of people (some of whom are clinging to jobs at magazines that pay more than the magazines’ business models can actually afford), it’s nearly impossible to make a living as a food writer, and I think it’s only going to get worse,” Hesser pronounced in a blog post on her website, food52.com — which, conversely, seems to be thriving.

But the slim odds of success have not prevented heaps of food writers from trying. From the relative quiet of just five years ago, tens of thousands of food blogs now exist worldwide. Foodies can’t go a day on the internet without encountering food-porn photos of, say, French onion soup, shrimp kiri kiri or kibbeh nayeh — all recent entries on foodspotting.com.

While the days when blogging seemed like a route to a book contract may be over, thousands more foodies still throw their pots in the ring every year. Vermonters are not immune. But the local bloggers we spoke to — including one prominent food-blog aggregator — come across as savvy in their approach to the rapidly changing online-media world. They emphasize the importance of finding a niche — often involving Vermont’s terroir and healthy lifestyles — using social media, and complementing recipes with other content. And they aren’t expecting to get rich off their passion for food.

Twenty-two Vermont blogs are among the 16,000-plus registered on Foodie Blogroll, a blogging network and website run by Jenn and Roberto Campus of Hyde Park, Vt. Jenn Campus is no stranger to food blogging: Six years ago she founded the Leftover Queen to document her skill at repurposing dinner remains, as well as her growing interest in wholesome foods.

“It’s a local-food, seasonal, gluten-free traditional food blog,” explains Campus, who started the Leftover Queen to keep busy during a jobless stint in Florida. The couple moved back to Vermont in 2010.

Not for nothing did Campus spend hours conceiving, cooking, photographing and writing about recipes, such as Pomegranate Granita, Leftover Bagel Bread Pudding and Smoked Trout Chowdah. With her husband, a software engineer, she cofounded Foodie Blogroll as a way for bloggers to connect, get peer guidance and enhance their likelihood of being tracked and targeted by advertisers.

“Back in my budding days, not having a clue about what I was doing, I was looking for an online community of bloggers, someone who could show me the ropes,” Campus says of her early food blogging days … in 2007. “And there was nothing out there. Then my husband said, ‘Let me set up a site for you.’”

Foodie Blogroll competes for ads and registrants with similar sites such as BlogHer (with about 3000 members) and foodbuzz; the Campuses keep 45 percent of all click-through ad revenue. Even with low click-though rates, the site is growing at such a steady clip that it has begun to eclipse Campus’ personal blogging. “This is really all I do now,” she says of Foodie Blogroll, though she also maintains a blog on homesteading.

Online advertising is changing rapidly, Campus notes; advertisers are increasingly seeking bloggers with whom to place their products. “Media companies and food companies are starting to realize the importance of social media,” she says. “Most companies, up until the last year or year and a half, were still stuck on putting ads on blogs. But they would do much better to engage the bloggers and create brand ambassadors by sending them product to review.”

Eschewing product reviews so far is another food blogger, Julianne Puckett of Jericho, who began Adventures of the Yankee Kitchen Ninja after she and her husband moved from North Carolina to Vermont in 2010.

Puckett was burnt out on her job and looking for more creative pursuits, so friends encouraged her to blog. “For me, it was part of a whole lifestyle change,” she says. “We moved from a very suburban, processed-food environment to where I’m growing my own food, making hard cider, exploring different things. I thought it would be interesting to share.”

Puckett’s background in web and user-experience design is apparent on her elegant blog, and her technical writing experience emerges when she crisply describes such recipes as Eggnog Cookies, Bloody Mary Tomato Salad and Nouveau Colcannon, a twist on the iconic Irish cabbage-and-potato dish.

To improve the images on her blog, Puckett took a food-photography class at Healthy Living Market and Café in South Burlington. “I’m fairly mortified by [my photos during] the first six to seven months,” she says. “I really hadn’t used our point-and-shoot camera before.”

Puckett now spends a few hours each week on the blog, which gets 1000 to 1500 hits per day. She joined BlogHer last year, and a rotating ad appears in the right-hand column of her site — such as a recent one from faucet manufacturer Moen. “I only host one ad, and the ‘revenue’ doesn’t even keep me in Kindle books,” Puckett jokes. “But I’m not willing to clutter up the site with tons of ads, as I’ve seen with many blogs.”

Even with her high number of daily hits, Puckett is realistic about Kitchen Ninja’s prospects for paying her a full-time salary. “I think it’s a very crowded world, incredibly saturated,” she says. “I see some [blogs] that basically take a recipe from someone else and plagiarize it, or ones where there are more ads than content. I think those kinds of things are over, though.”

As are pure recipe blogs, Puckett adds. “I think to be more of a food blog, a writer has to tell a story about food or how you came across this recipe,” she suggests. Some bloggers gravitate toward specific niches, such as vegan cooking.

For Puckett, seeing the occasional post go viral can be gratifying — a post for Nutella Cookies, for instance, drew 10,000 hits. “Nutella. This country is crazy for Nutella!” she says with a laugh. “It’s crazy.”

Lisa Fine of Warren is new to the food blogosphere and similarly unfazed by its dismal career prospects. Last summer, she began Vermont Vittles after she and her husband relocated to Vermont from an organic farm in upstate New York. Fine had created other blogs, but says she “wanted to start fresh after moving to a new place and having big ideas for our homesteading life in Vermont.” Sense a theme here?

Fine, a vegetarian, says her blog is focused on “healthy and simple living, and food is at the root of it.”

On Vermont Vittles, Fine shares recipes, such as for her maple granola, and documents her efforts to use her entire winter CSA share. She also writes about running and hiking. Overall, Fine says she spends seven to 10 hours each week writing and photographing three or four posts. Though she’s just a few months into it, Fine gets about 1000 hits per month, according to Google Analytics. She has joined Foodie Blogroll, both to meet other bloggers and to earn revenue from the display ads that rotate among member sites, she says.

For each click-through, Fine receives 0.002 cents — “typical for food bloggers, especially those starting out,” she says. Clearly, money is not her biggest motivator. But her site has brought her some freelance blog work, and a Vermont company is about to send Fine her first sample for review: energy bars. (Fine and other bloggers say they never accept money for writing about samples, nor do they guarantee positive reviews.)

“Every year, the environment changes,” Campus notes. “To keep up with the times, being a blogger isn’t just being a writer or photographer. It’s also being a marketer and a good social-media person.”

Bloggers also have to be vigilant for copycats. “There’s been a lot more plagiarism, not only of media and pictures, but of whole blog posts,” Campus explains. “Hundreds of blogs out there are stealing recipes, which is really odd and annoying. Once you realize someone has stolen your content, you have to go through a rigorous process to shut [down] that blog. It’s very time consuming,” Campus adds.

While none of the Vermont bloggers who spoke to Seven Days got into the practice for financial gain, Campus suggests that a “lot of people” haven’t heeded the warnings of experts such as Hesser. “I think that’s probably not the wisest,” she says of foodies who put themselves online with dreams of quitting their day jobs. With such an oversaturated market, “it’s hard to earn a living as a blogger, unless you’re really good.”

The print version of this article was headlined "Dishing Out".