Vermont Flannel Has a New Operator 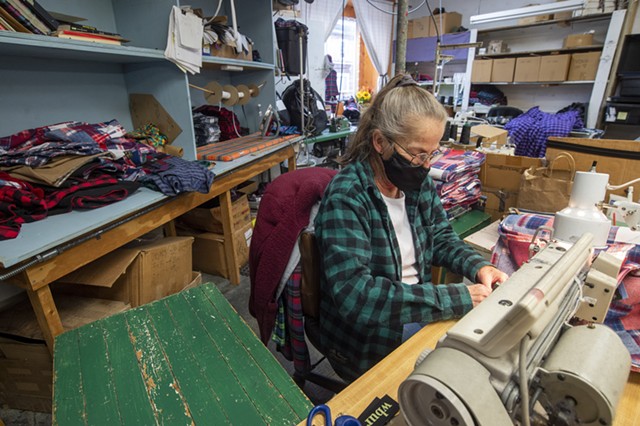 An Indiana man with his own line of made-in-America clothing is the new operator of Vermont Flannel.

Vermont Flannel’s founders, Mark and Linda Baker, are stepping down as leaders of the 31-year-old company. Joe Van Deman, who recently started a company called USA Brands, said he's now the primary decision maker for Vermont Flannel, which makes soft cotton clothes and sells them at five stores in the Green Mountain State.

Van Deman described the transaction as a partnership, not a sale, and declined to disclose whether money had changed hands.

“Getting to a certain level of scale allows you to operate more efficiently and effectively,” Van Deman said on Wednesday. “There were a lot of opportunities to work together to improve our operations and do more.”

Related Retail Therapy: Vermont Flannel Caters to a Need for Comfort in the Time of COVID

Retail Therapy: Vermont Flannel Caters to a Need for Comfort in the Time of COVID
By Carolyn Shapiro
Retail Therapy
The Bakers started Vermont Flannel in 1991, and their business grew rapidly after they paired up with L.L.Bean to sell their flannel lounge pants. The company now makes an array of items from soft-brushed cotton, including shirts, pants, blankets and hats.

Mark Baker told Business Insider last year that Vermont Flannel contracts with a mill in Europe that produces the fabric and ships it to the U.S. He said in December he was concerned about rising shipping costs and the labor shortage.

On Wednesday, Van Deman said the two founders were not available for interviews. He stated that he didn’t know how many employees the company  has.

Vermont Flannel has stores in Burlington, Woodstock, East Barre, Johnson and Ferrisburgh and makes some of its clothes in East Barre and Johnson. Van Deman said he grew interested in Vermont Flannel when he was looking for a U.S.-based flannel shirt manufacturer to complement his blue jeans company, All American Clothing. 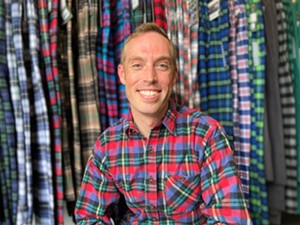 He found Vermont Flannel through an online search and got to know Mark Baker, he said.

“We kept in touch through the pandemic, and shared our business challenges and goals,” Van Deman said.

He is committed to making clothing in the U.S. All American Clothing and Vermont Flannel will be partners under his parent company, USA Brands.

Van Deman said he expects Vermont Flannel, which is based in East Barre, to expand its operations and added that he has already hired four people in Vermont. All American Clothing is based in Arcanum, Ohio. Van Deman lives in Indianapolis, though he said he’ll make frequent trips to Vermont.

“I’ll be the primary decision maker for Vermont Flannel,” he said. He’s also hoping to manufacture more of the company’s products in the Green Mountains.

“We’ll do our best to keep producing in the state of Vermont,” he said. He acknowledged that’s not easy.

“There would absolutely be more cost-effective places to make products, and that’s true of any manufacturing that’s done in the U.S.,” he said.