Vermont Financial Regulator Mike Pieciak to Step Down Next Month 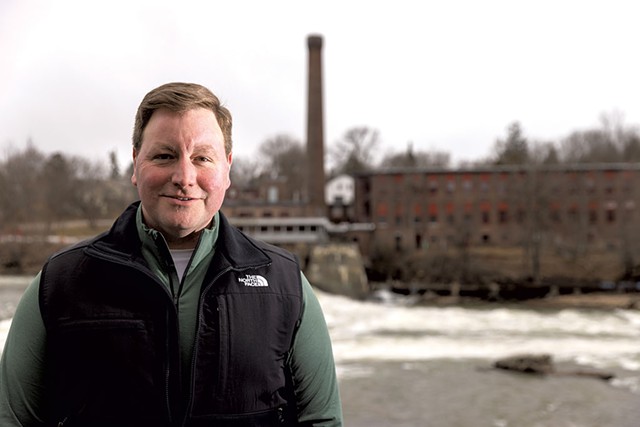 Mike Pieciak, the commissioner of Vermont's Department of Financial Regulation who became a household name while presenting COVID-19 data at pandemic press briefings, is stepping down from his job on May 16.

Pieciak said on Wednesday that he will take some time to consider other opportunities, although he didn't say what those are. He has no plans to leave Vermont.

"I'm interested in public service, and I'm also interested in exploring other options that are out there," he said in an interview. "Now that the announcement is out there, there's an opportunity to take a beat with a clear eye and think about which one of those makes the most sense."

Vermont’s Pandemic Modeler Is Returning to His Financial Regulation Duties
By Colin Flanders
Education
Seven Days profiled Pieciak in March. He is a licensed attorney who lives in Winooski with his partner, Will Holder. He entered the Department of Financial Regulation in 2014, when then-governor Peter Shumlin appointed him deputy commissioner of the securities division. Pieciak stayed on after Gov. Phil Scott, who was elected in 2016, appointed him commissioner in 2017.

Pieciak played a relatively low-profile role in state government until the pandemic began, when Scott asked him to lead Vermont’s COVID-19 modeling. Pieciak became a familiar presence during his regular televised briefings about the state's virus case numbers and response. The Department of Financial Regulation also administered hazard pay grants to front-line workers in the early months of the pandemic.

Pieciak said that the news of the announcement was emotional for him and others in the department. In the early weeks of the pandemic, many people worked seven days a week to meet the regulatory needs that arose from changes in insurance, prescription drug refills, and other matters, he said. The regular press briefings, then three times a week, added another layer of work.

"There are unsung heroes in our department who stepped up and worked with all of the stakeholders to make sure everybody was well taken care of in this once-in-a-lifetime situation," he said.

Pieciak was born and raised in Brattleboro, then completed his undergraduate degree at Union College in Schenectady, N.Y., where he also played on the football team. He graduated from the University of Miami School of Law and spent five years working for law firms in Vermont and New York City. When he was 24, he was chosen as one of four Hillary Clinton delegates to represent Vermont at the 2008 Democratic National Convention.

In 2012, when Pieciak was working at the office of Downs Rachlin Martin in Burlington, he served as campaign manager for incumbent Democratic attorney general Bill Sorrell, who won again that year.

Despite those connections, Pieciak describes himself as apolitical, and declined to go into detail about whether he might run for office.

"I just want to have some time to be thoughtful about them and consider them," he said of the other opportunities that have arisen. "I think it's important to step away from the  department before making a decision on something else. I just want to go with a clear mind."

The commissioner oversees about 100 staff members who regulate hundreds of local, national and international companies in the banking and insurance industries. Deputy Commissioner Kevin Gaffney will serve as interim commissioner after Pieciak's departure, Scott said in the statement.