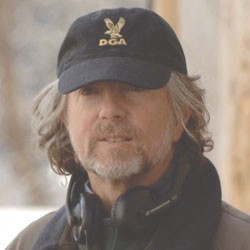 Vermonters know director Jay Craven for capturing the state’s past in films such as Disappearances and A Stranger in the Kingdom. But his next feature film project has a more contemporary subject — and a controversial one.

Craven has obtained the rights to Judgment Ridge, a nonfiction account of the 2001 murders of Dartmouth professors Half and Susanne Zantop by two teenagers from Chelsea, Vt., James Parker and Robert Tulloch.

The brutal crime rocked the state and inspired impassioned responses from Vermont artists and commentators, ranging from Middlebury writer Ron Powers’ Atlantic Monthly article “The Apocalypse of Adolescence” to Burlington playwright Maura Campbell’s drama Dreamtime. The book Judgment Ridge, by journalists Dick Lehr and Mitchell Zuckoff, still provokes debate, with some Amazon.com reviewers saying it helped them understand the young killers and others calling for their execution.

“These are kids who at a critical point in their lives were taking only one class in high school, who were left to their own devices,” says Craven. He believes “mental health issues” were involved in the actions of the two students, who weren’t previously known as troublemakers. But “nobody had picked up on anything prior to this incident, partly because nobody was engaging these kids.”

Craven, who teaches at Marlboro College, has plenty of experience dealing with young people. Tulloch participated in one of his play-writing workshops before the murders, he says. Now he hopes to turn the making of the new film into an extended “teachable moment” by getting local college students directly involved in its production.

Craven doesn’t plan to start shooting Judgment Ridge before January 2012. Right now, he’s focused on reaching out to schools with his proposal for a “domestic exchange” in which their students would join him for four weeks of background study (with a curriculum of books, films and speakers relevant to the case), four weeks of film preproduction and six weeks of production.

The filmmaker did something similar, but on a smaller scale, with 10 Marlboro students during the 2005 production of Disappearances. For his TV sitcom “Windy Acres,” Craven used an almost entirely student crew, he says. On Judgment Ridge, he hopes to have six to eight professionals leading his team and as many as 30 students, who will try their hands at script supervision, editing and camera operation. It’s an unusual opportunity, because most undergraduates who join a film crew are relegated to minor roles such as production assistant, Craven points out.

As he hammers out the details of the exchange, which he says Marlboro College officials have shown interest in hosting, Craven is raising funds to make the independent film. If all goes well, participating schools will contribute to the production budget, which can’t exceed $200,000 in cash and $300,000 in deferrals, he says — per a Screen Actors Guild rule for films that employ both union and nonunion actors. Craven himself will take only a teaching salary.

“When you’re working on a lower budget, you’re given some freedom,” says Craven, who shot his previous features on 35-millimeter film. This time, he plans to use one of the new-generation digital cameras such as the Red, which offer similar resolution. (The acclaimed Winter’s Bone was shot on a Red.)

Craven’s already written his script and says its narrative “is nonlinear, which will be different for me.” Besides keeping the story’s “visceral energy,” he wanted to avoid a conventional TV-movie-style retelling — and its attendant sensationalism.

Initially, Craven says, he thought Judgment Ridge “should be financed and even produced away from Vermont” because of the strong emotions revisiting the murders would arouse. Now he thinks he can film it here — probably with some names changed to avoid “demonizing the town or the school.” Casting the young actors will be key and involve an “extensive search,” he says.

“There’s a huge risk in making a picture like this, that it could be polarizing,” Craven acknowledges. “Part of the idea is to try to put a human face on the story — certainly not in any way to condone any of the action.”

And he feels the film’s message doesn’t have to be negative. “At a time when school budgets are being slashed and mentorship programs are being cut back,” Craven says, it’s crucial to show the importance of “close engagement” with young people — particularly boys, whose needs are sometimes downplayed.

The students involved in making the film will be older than its subjects, of course. But Craven hopes they’ll become a “small community of collaborators who generally are closer to the realities of what was going on.” In preparation for handling the dark material, he plans to show them films such as Gus Van Sant’s Elephant, about a Columbine-like school attack. The themes will resonate, he believes: “I expect to be learning a lot from the young people.”