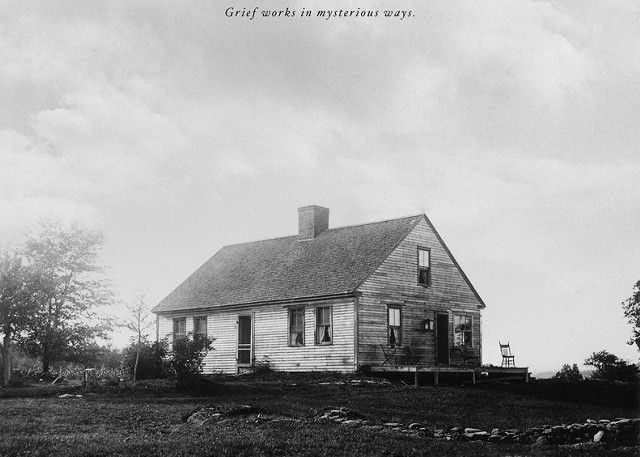 While Jesse Kreitzer, 31, was a graduate student in film at the University of Iowa, he made a short film with sparse dialogue called "Black Canaries" (2016), about a coal miner in Iowa in 1907. Music composed by a student, Jose Parody, at the Berklee College of Music helped tell the story when the taciturn characters seemed unable to summon words.

The somber, beautifully shot film earned Kreitzer the James Goldstone Award for emerging filmmaker, in 2016, from the Vermont International Film Foundation. It was chosen for screening at a host of venues on the festival circuit, including the Middlebury New Filmmakers Festival last August. And its soundtrack caught the attention of the Vermont Symphony Orchestra, which awarded Kreitzer its inaugural Best Integration of Music Into Film award.

Now Kreitzer, a Marlboro native, is back home and working on his first feature film, Caregivers. The VSO award enabled him to select a Vermont composer to score the film from a list provided by VSO executive director Ben Cadwallader and his team — principal cellist John Dunlop, principal percussionist Tom Toner, composer Matt LaRocca and new music adviser David Ludwig. The VSO will pay the composer's commission.

Though the movie won't be completed until 2019, Kreitzer is already meeting with Williamsville composer Paul Dedell to score it, beginning with a 15-minute segment to be ready by August. The VSO will screen the vignette with live accompaniment — another award bonus — at the next MNFF that same month and during the orchestra's Made in Vermont tour in September.

Reached by phone, MNFF director Lloyd Komesar says he is aware of only a few live-accompaniment screenings, typically happening in New York or Los Angeles. "For Middlebury to do it will be supercool," he says.

Caregivers' topical subject matter makes it a movie to look out for. Set in present-day rural Vermont, the story concerns Warren, a welfare worker guilt-ridden because he wasn't at his mother's bedside when she died. His wife, Mary, is a small-town midwife; their sons are Silas and Ethan. Warren alarms his family by disappearing periodically. It turns out he's doing penance for his mother's unattended death by caring for another elderly woman with dementia.

"This is a real issue — our aging parents and how we tend to them," the young filmmaker says. "We're at this apex where our nation is getting older, yet death is still a cultural taboo."

Kreitzer's prospectus for the film delves into statistics on the caregiving scene. In the past 15 years, for example, the number of adult children serving as primary caregivers for their aging parents has tripled.

Kreitzer has been considering making a film on the subject for more than 10 years, he says, ever since he witnessed how his father responded to the death of his own mother. Kreitzer himself never found closure after his grandparents' deaths, he says, because his family's geographic dispersion made funerals unrealistic.

The filmmaker was born not far from the one-room Marlboro schoolhouse, built in 1820, where he now lives with his partner and runs his production company, Lanterna. "I'm looking at the pond where I learned to swim," Kreitzer says. The first-generation Vermonter — his parents moved to the state four decades ago — has taken a deep interest in local rural traditions, such as home birth and home death, and fears they are disappearing.

His films capture such elements of cultural heritage, as well as their stark settings. Shots in "Black Canaries" lingered on isolated prairie poverty in a two-room log cabin; initial footage for Caregivers shows deteriorating, paint-stripped barns and dirt roads.

To approach the sensitive topics of aging and death, Kreitzer will film in mostly natural light on 16mm film. He plans to cast actual hospice volunteers and home-birth midwives rather than professional actors, and to maximize authenticity by giving them only a loosely formed script. Kreitzer says he'll follow a documentary-like schedule, filming over 16 months to capture all of Vermont's seasons. For the film's score, he envisions "a real restraint, [sound] built out of the natural environment, out of breath."

Kreitzer chose Dedell after being struck by the composer's choral music in particular. Dedell, 61, has composed in a wide range of modes, but the Caregivers score will be his first work for orchestra — and film, he says.

Self-taught with a degree in theater from Windham (now Landmark) College in Putney, Dedell served as music director and accompanist of the now-defunct historical-cabaret company It Isn't Nice for 10 years, capturing sociopolitical movements in music inspired by Kurt Weill and others. He has also written musicals and scored puppet performances for Sandglass Theater of Putney and currently works as the middle school program director at Brattleboro's Hilltop Montessori School.

Lately Dedell has produced large choral works for the Brattleboro Concert Choir. Conducted by his wife, Susan Dedell, the BCC gained fame under its initial conductor, Blanche Moyse, cofounder of the esteemed Marlboro Music Festival. In 2014, the chorus debuted Paul Dedell's two-hour work Songs of Divine Chemistry, which explores mystic poetry and brain chemistry in the context of love.

Whatever shape the Caregivers score takes — Dedell envisions fugue-like movements and lyrics from Isaac Watts, a major source for 19th-century shape-note singing — the VSO award will ensure that audiences register its impact.

"Music is one of these integral components of film, and we felt we ought to raise the level of recognition it receives," says Komesar. Kreitzer, he adds, "is a director with a huge sense of music's importance."