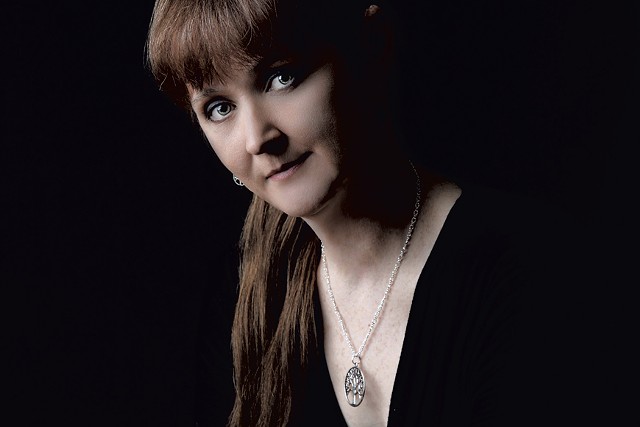 Goodreads is a website that democratizes literature. Anyone anywhere can review a book, no degree or byline necessary. Currently, Montpelier author Laurie Forest's debut novel, The Black Witch, has a rating of 1.9 out of five stars on the site, averaged from 1,036 ratings and more than 400 reviews. Many of the reviewers openly acknowledge they haven't read the book — they assigned it a low rating, they write, as a matter of principle.

What caused the controversy? Forest's young-adult novel, set in a fantasy world, addresses issues of discrimination in a fascist-trending, highly segregated society. A cast of varied ethnic and religious backgrounds populates the tome's 608 pages.

The plot follows a teenager named Elloren, heir to a weighty political legacy, as she embarks on her first year at a desegregated university. For the first time, she is forced to confront her own bigotry and her society's revisionist history, while becoming politically engaged in a rapidly evolving world.

After a May 2 launch at Phoenix Books Burlington, Forest's publisher, Harlequin Teen, will send her on a five-city tour. While the bookstore launches will likely be congenial affairs, The Black Witch has sparked heated debate in the online community. Most of the negative Goodreads reviews proclaim that the book is racist, ableist and homophobic. Many cite passages regarding the purity of one race or another, or quotes denigrating those of "mixed race." 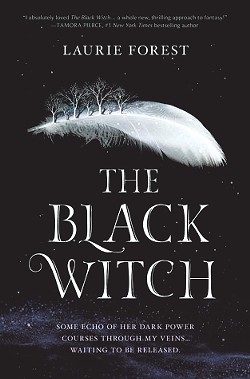 Kirkus Reviews, one of three trade reviewing giants that gave The Black Witch a starred review, addressed the controversy after a deluge of reader comments railed against its judgment. In a follow-up article titled "On Disagreement," editor Vicky Smith defended her publication's praise of Forest's novel. "The simple fact that a book contains repugnant ideas is not in itself, in my opinion, a reason to condemn it," she wrote. "How are we as a society to come to grips with our own repugnance if we do not confront it?"

Some Goodreads reviewers have come to the defense of The Black Witch, as well, saying that the racist rhetoric is a narrative tool used to illustrate the evolution of the characters. As for Forest herself, in an interview, she describes the novel as pro-diversity and suggests she aimed for her characters to work through their differences — to explore their own uniqueness and become closer in the process.

Forest has been committed to that vision since day one. The dentist started writing fiction eight years ago, when, in a flurry of ink, she penned the first two installments of The Black Witch series in response to two significant events. The first was the fight for same-sex marriage in Vermont. The second was her first reading of the Harry Potter series.

Forest and her husband, Walter, have four adopted children. Many of their friends with adopted children have been same-sex couples, Forest writes in an author's note included with the advance copy of the book. During the fight for civil unions in Vermont in 2000, and for same-sex marriage in 2007, she found herself surprised at the ferocity with which people opposed marriage equality.

"During one of the Statehouse hearings, a man got up and said, 'They should be happy we're just saying no to this — at least we're not doing what it says in the Bible, which is to kill them,'" Forest recalls.

Around the time same-sex marriage was legalized, in 2009, Forest's children handed her the first book of J.K. Rowling's series. "I never read a lot of fiction up until the time my kids gave me Harry Potter," she says. "I read science books, sociology, policy."

When she finally caved to her kids' persuasions, she found herself entranced by Rowling's fantastical world. "I was very surprised by them," Forest says of the series, which she read in quick succession. "I didn't expect them to be so complex — tackling different types of prejudice in the books, [like] the rise of Lord Voldemort [and] fascist power."

After that, she couldn't get enough of fantasy. She read all of fantasy novelist Tamora Pierce's books, Philip Pullman's The Golden Compass and Cassandra Clare's The Mortal Instruments series.

Forest produced the first two books of The Black Witch series within a year. What readers see on the page today is nothing like that first draft, she notes. She workshopped the book with a local chapter of the Society of Children's Book Writers and Illustrators and the Montpelier branch of the Burlington Writers Workshop, then extensively revised it with the help of her agent and editors.

The evolution of the series won't stop anytime soon, she adds. And the conversation on Goodreads will play a role in how Forest's writing and the books evolve, she acknowledges, although she's cagey about specifics.

"Generally," Forest says, "I think it's important not to take harmful tropes and inject them into fantasy. Fantasy is an opportunity to get past those things."

An example of a harmful trope, Forest offers, is casting people with dark skin as villainous characters. In Disney films, for instance, characters such as Jafar and Scar are portrayed as darker in skin tone and intent. Thus, malice is bound to melanin.

Forest avoids that specific trope in The Black Witch, where all the villains are white. While she was unable to share how specific elements of forthcoming books have been changed, Forest says the controversy "was a good conversation for me to learn from, to make sure I'm not lazy in my use of language."

One thing is certain — The Black Witch isn't going away . The sequel will be out in May 2018, and Forest's contract requires her to produce two accompanying ebooks exploring supporting characters. She calls them "novellas," but the first, out in June, comes in at close to 300 pages.

While this reporter didn't find the writing top-notch, and Elloren's bigotry is jarring, the first installment of The Black Witch marks a clear path to the author's intended destination: a fantastical world where people of any sexual orientation, presentation, religion or race have equal access to love and livelihood. Readers should be advised that the novel is indeed a story devoted to white awakening, as critics have charged. At the same time, it demonstrates effectively how even someone whose eyes have been opened to prejudice can continue to perform micro-aggressions on their chosen allies. For readers shy of committing to the $19.99 price tag, Forest suggests asking for a copy at your local library.