Two Chittenden County chefs were recognized in the Best Chef: Northeast category: Alganesh Michael of A Taste of Abyssinia — an Eritrean/Ethiopian catering and pop-up biz — and Mojo Hancy-Davis of May Day in Burlington's Old North End. 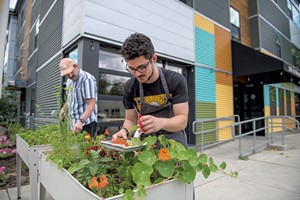 Hancy-Davis opened May Day with co-owner Matthew Peterson in the former Butch + Babe's space over Memorial Day weekend 2022. The bustling, playful neighborhood spot celebrates local ingredients — including some that Hancy-Davis grows himself — and is a popular Monday night stop for industry folks.

Michael, a South Burlington resident originally from Eritrea, offers traditional Eritrean and Ethiopian dishes for weekly takeout and at pop-up events around Vermont. She also teaches regular cooking classes, including an upcoming class at Access CVU in Hinesburg on March 30. It’s unusual for the James Beard Awards to recognize chefs without brick-and-mortar restaurants. For Michael, the honor was a complete surprise.

“My phone was buzzing, but I was on vacation and didn’t want to answer it,” Michael said. “I could see the emails and texts, and I thought, Something is happening.”

A Taste of Abyssinia’s regular Wednesday takeout — which Michael offers in family-size portions for pickup at South Burlington’s the Mill Market — quickly started receiving orders for the coming weeks, Michael noted.
“It’s going to be busy,” she said. “But I love it. It’s such a pleasure to introduce our small town to this food.”

Amanda Wildermuth received a nod for Outstanding Pastry Chef or Baker — a nationwide category recognizing top pastry pros — for her work at Honey Road. She also runs the pastry program for the Burlington restaurant's new brunch spot, the Grey Jay, where customers can order her now-famous doughnuts.

"[It's] humbling to be on this list with so many talented chefs,"  Wildermuth told Seven Days. "My team and I have created a program at Honey that I am very proud of, and I'm so glad to see that others are as excited about it as we are."

Burlington's Foam Brewers is a semifinalist in the Outstanding Wine and Other Beverages Program category. It's the only brewery listed in a field of wine bars, restaurants and wine producers, though its experimentation extended to wine with the team's first Natural Hack release in 2022. 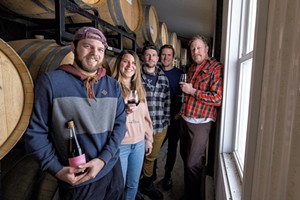 The nationwide category recognizes businesses that nail beverage pairings while also “contributing positively to [their] broader community” through outstanding hospitality, education and ethical sourcing. Foam’s founders are particularly proud of their achievements on the latter score.

“It’s pretty dang cool, because it recognizes our determined commitment and support of Vermont agriculture and our community,” Foam cofounder and head brewer Bob Grim said. “To win the award would be a great, crowning moment for us [and] for all of the farmers and local businesses we’ve partnered with over the years. But the recognition alone is gratifying.” 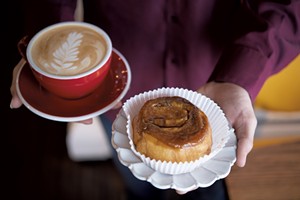 Haymaker Bun is in the running for Outstanding Bakery, a new nationwide category this year. Owner Caroline Corrente and her team offer the bakery’s namesake buns — and breakfast and lunch — on Middlebury’s Bakery Lane six days a week. She is working on expanding her products’ distribution; this month, Haymaker launched four-packs of frozen buns.

Corrente started Haymaker when her son, now 5.5 years old, was a newborn. Home with him last week when she heard the news, she explained the honor to him using a football analogy, she told Seven Days.

“I said, ‘There’s this award called the James Beard, and it’s kind of like the Super Bowl, but for restaurants.’ And he was like, ‘Well, yours is a bakewy, not a westauwant,’” Corrente said. He gave her a big hug after she explained the new category.

"Thanks for keeping me grounded," Corrente added with a laugh.

Final nominees for the awards will be announced on Wednesday, March 29, and winners will be recognized at the James Beard Restaurant and Chef Awards ceremony in Chicago on Monday, June 5.

"[There's] so much Vermont representation this year," Honey Road's Wildermuth said. "What a great food community to be a part of."