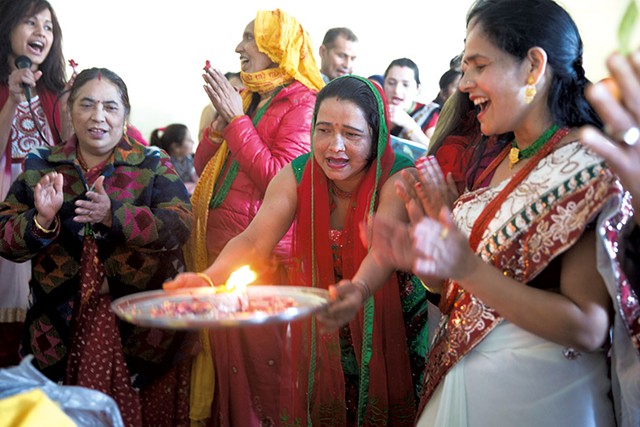 Puru Niroula considers himself a professional when it comes to playing the tabla — a pair of hand drums of different sizes and timbres. His history with the instrument began after he watched his brother play, then started practicing the motions on tables and walls. When he was living in the Goldhap refugee camp in eastern Nepal, Niroula got gigs playing the tabla in various cities during Hindu festivals. "They used to pay me 5,000 to 7,000 rupees for seven days, which is a good amount of money," said the 21-year-old.

"When I play the tabla, it connects me to the soul. I forget all the pain," Niroula went on.

In March 2008, a massive fire broke out in the Goldhap camp. "There were people on the road running to save their lives," Niroula recalled. "I just picked up my tabla. I didn't take anything else."

Three years later, Niroula immigrated to the U.S., where he settled in the Burlington area with four other family members. This month, they're moving into a house they bought in Essex Junction.

Back in Nepal, Niroula practiced the tabla at least two hours every day. Now, between classes at Vermont Technical College, work at Vermont Teddy Bear and other odd jobs, his free time is scarce. Still, every two weeks, Niroula and other members of the group 3rd STEPS gather for two hours to sing bhajan, or Hindu devotional songs, in Nepali. Niroula also plays and teaches the tabla at these gatherings — his deft playing is featured on the Winooski-based band A2VT's single "Let's Get Together." 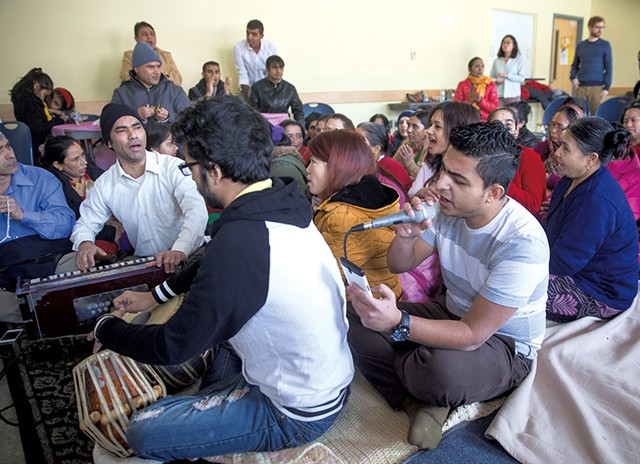 3rd STEPS play an important role in the local ethnic Nepali community's efforts to preserve its culture and maintain a support system, said Niroula. Before 3rd STEPS formed in 2012, he explained, no one in the community sang bhajan or offered condolence letters to bereaved families — both common activities in the Goldhap camp.

The group's members come from all age groups, but most are between 15 and 25, said Deo Pokhrel, also 21. Membership is fluid and informal; the group has up to 20 performers at any one point.

The name 3rd STEPS refers to the members' links to three countries, said Govinda Adhikari, 33. Bhutan is their ancestral homeland. Nepal is where Bhutanese nationals of ethnic Nepali descent fled after they were stripped of their citizenship in the 1990s; younger generations were born and raised there. In 2008, Bhutanese refugees in Nepal began a process of resettlement to the U.S. More than 1,500 now live in Vermont.

The number three in 3rd STEPS also denotes the three languages of those three nations: Dzongkha (the national language of Bhutan), Nepali and English.

When bereaved Bhutanese families in the Burlington area reach the 10th day of their mourning period, 3rd STEPS members visit them to present condolence letters — a service for which the families express gratitude, said Pokhrel. The letters serve as historical documents — somewhat like obituaries — that state the deceased's year of birth and death, and the names of his or her spouse and children. "That's how your grandchildren will learn about their grandfathers," Niroula noted. The group also offers to sing bhajan three days later, on the family's final day of mourning.

But the songs aren't reserved for sad occasions. Last week, 3rd STEPS sang bhajan at the O'Brien Community Center in Winooski to celebrate Saraswati Puja — the birthday of the Hindu goddess of knowledge, music, arts and learning. At least 60 people — from elders to infants — attended the ceremony. Niroula, Pokhrel and the latter's younger brother, Deepak, took turns on the tabla to accompany the singers and harmonium player.

Before the formation of 3rd STEPS, the Pokhrel brothers never had a chance to learn to play the drums. "When I see Deo or Deepak playing the tabla, I feel proud of them and myself," Niroula said. "I hope they will continue playing and become better than me."

In an effort to spice things up and get the younger generation more interested in bhajan, Niroula sometimes incorporates English words into the songs. That's not always welcome. "Mixing English in the middle, some people don't like it," he admitted, adding that the older Bhutanese want the bhajan to be in Nepali. So Niroula restricts his creative ventures to 3rd STEPS gatherings.

Now that most of 3rd STEPS' members are either in college or busy with multiple jobs, they don't have as much time to indulge a second common interest: making movies. The group has created five short films about adjusting to life in the U.S. Niroula, who's had drama training and performed in the Goldhap camp, came up with the concepts, while the actors improvised their lines. 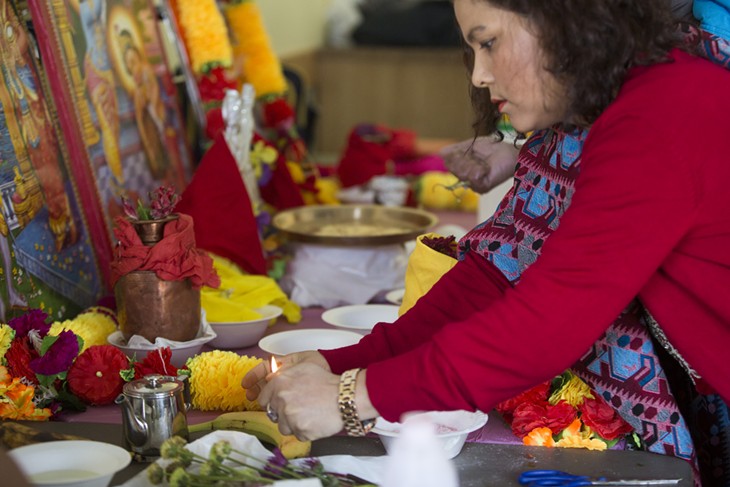 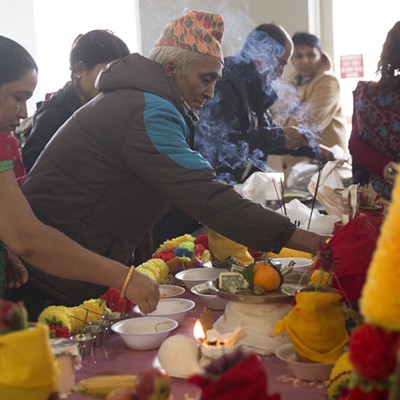 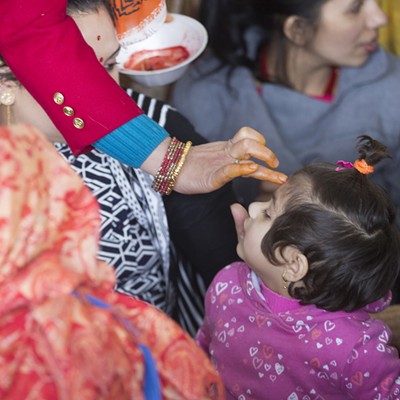 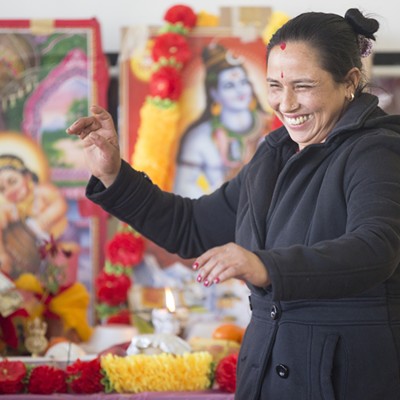 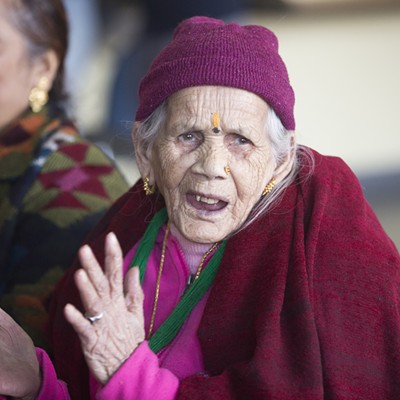 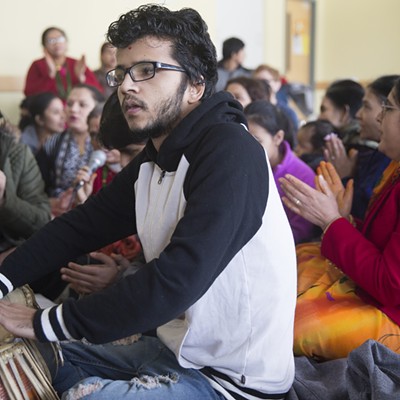 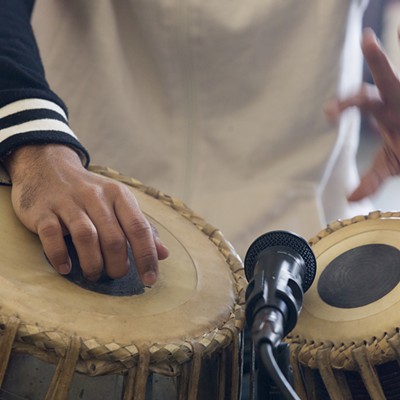 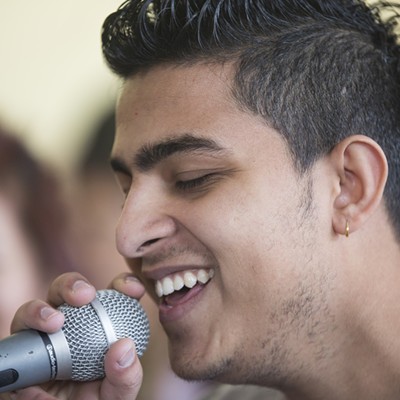 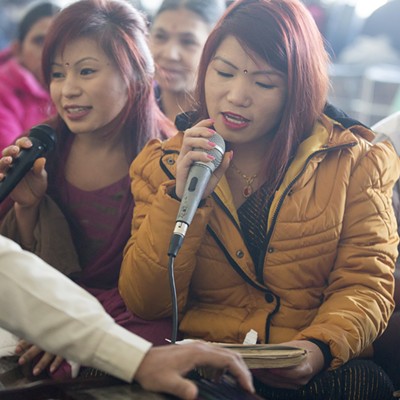 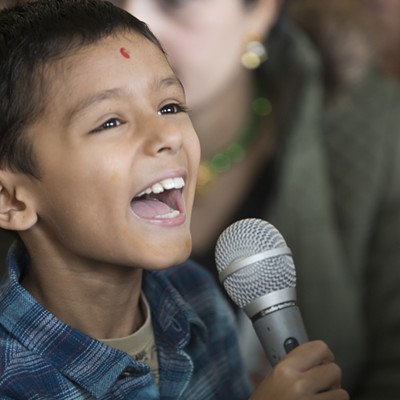 Saraswati Puja at the O'Brien Center
Click to View 15 slides

Drawing on their collective experiences, 3rd STEPS made a film about the difficulties of being a newcomer at an American school, depicting experiences such as sitting alone in the cafeteria. That theme resonated with Pokhrel, who came to the U.S with his family in 2008.

"It was very tough for me when I first came here. No one understood what I was saying. I didn't understand what they were saying," he said. "If someone had sat next to me, I would have felt more welcomed to the school." Things improved when he went to high school and participated in sports, he added.

3rd STEPS' films don't focus exclusively on issues that affect the ethnic Nepali community in Burlington. Taking a wider focus, the group made a suicide-prevention video in response to the alarming rate of self-inflicted deaths among Bhutanese refugees in the U.S. According to a report by the Office of Refugee Resettlement of the U.S. Department of Health & Human Services, there were 16 such confirmed suicides in 10 states between 2009 and 2012. That same study stated that the suicide rate is 20.3 per 100,000 people among Bhutanese resettled in the U.S., compared with 12.4 in the general American population.

Unemployment and the language barrier contribute to some refugees' feelings of depression and isolation after they arrive in this country, the video suggests. "They don't know what to do. They don't know where to go to get help," explained Pokhrel. The message of the group's video is, "No matter what happens to you, always think positive," said Niroula.

This summer, 3rd STEPS hope to make a new film — something more uplifting, to reflect the community's upward social mobility, Niroula said. Members are also keen to teach Nepali language classes to younger kids, and they aim to register 3rd STEPS as a nonprofit organization and perform for the broader public. "We want to make it bigger," said Pokhrel. "We want to show people what our culture is like." 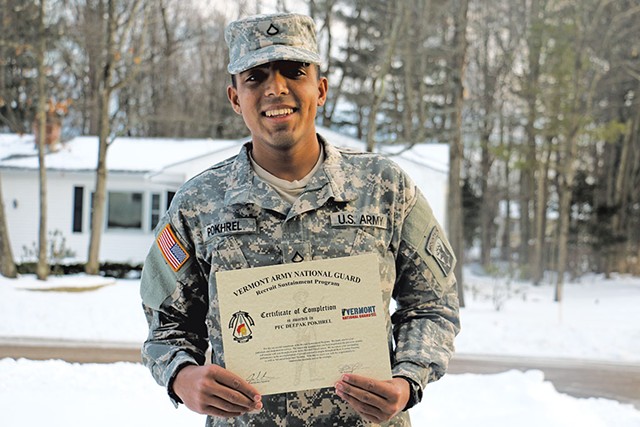 When Deepak Pokhrel attended the Saraswati Puja last year, he caused quite a stir. The South Burlington High School senior had just finished his first drill as a newly minted National Guard recruit, and he wore his uniform to the gathering.

About two weeks earlier, Pokhrel had signed up with the Vermont National Guard and taken his citizenship oath. His mother wasn't able to attend his naturalization ceremony because she had to work. But his school arranged for a busload of his friends to travel to the St. Albans field office of the U.S Citizenship and Immigration Services and help him mark the occasion.

The first thing Pokhrel did when he arrived at the Puja in his uniform was seek out his mother. "When I looked at her, she had tears in her eyes," he recalled. Pokhrel now holds the rank of private first class.

The 19-year-old said no one else in his family has ever been in the military. As far as he knows, he's the first and only ethnic Nepali in the Vermont Guard. "I guess I'm the brave one," he said with a grin. Instead of simply getting a degree like his peers, he wanted to do something different, Pokhrel said. Joining the National Guard appealed to him because it meant he could serve his new country and go to college.

These days, Pokhrel leads a double life with two different sets of friends. Once a month, he spends a weekend in Waterbury with his unit — or "professional friends," as he calls them. On other days, he takes criminal justice classes at the Community College of Vermont and hangs out with his "social friends." Pokhrel had to miss the first semester because of a 16-week training in Oklahoma.

He admitted that juggling life as a Guardsman and a student can be tricky, especially when he has to wake up early in the morning for training or class. But things don't seem so bad when Pokhrel sheds his civilian clothes. "Wearing the uniform just makes me happy," he said.

The original print version of this article was headlined "Stepping Up"