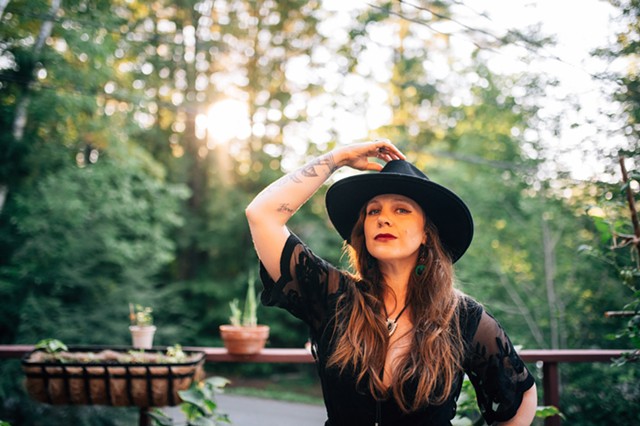 Sarah King said she cried last Friday when she got an email from the Vermont Arts Council informing her that she's a recipient of a 2023 Creation Grant. The $4,000 award will help King cover the cost of the solo album she’s recording.

A Ripton-based singer, King said she refreshed her email inbox repeatedly after getting notice of the award, checking for a follow-up note that would tell her the first email was a mistake.

“This is huge,” King, 38, said. “The timing could not be better: Not only do I have to write and arrange the rest of the songs [on the record], but I have to come up with money.”

The grant will go toward production costs at a recording studio in the Catskills, King said, adding that she learned of the prize after a week in the studio.

“I kept refreshing [my email] and I kept crying,” she said.

King is one of 25 Vermont artists to receive a $4,000 Creation Grant for fiscal year 2023, the council announced. The grants, which have been awarded since 2009, “support artists in creating new work,” according to a press release from the council.

This year, a record 218 artists applied for Creation Grants, which the council described as its “most coveted award for artists.” Recipients include visual artists, writers, dancers, musicians and filmmakers who are working on a wide variety of projects. 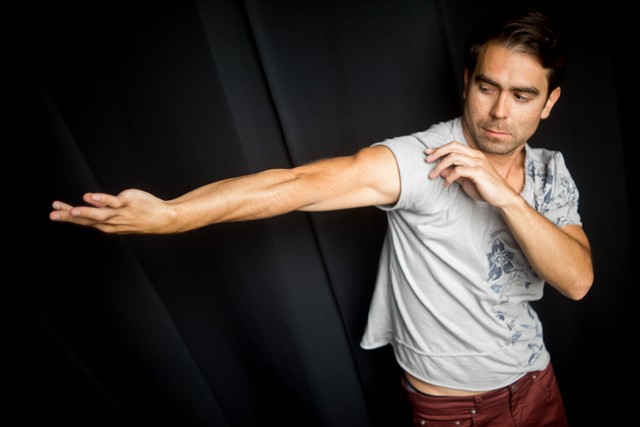 Julian Barnett, an assistant professor of dance at the University of Vermont, is another grant recipient. Barnett, 42, was a New York City-based dancer and choreographer before he moved to Burlington five years ago to teach at UVM. He applied for a grant to make a dance piece tentatively titled “Subject to Change.”

The ensemble piece will focus on “unpredictability,” said Barnett, who added that the “title itself lends itself to that meaning.”

“The last three years, everything that I’ve been involved in … was always subject to change because of the pandemic,” he said.

In a larger context, the idea of unpredictability surrounds climate change, Barnett said. He’s curious about exploring this concept in the dance studio.

“How can you move with a feeling as if you are constantly falling?” Barnett said. “What does that look like?”

The project is a collaboration of Barnett and Middlebury-based musician Matthew Evan Taylor, Barnett said. The Creation Grant will supplement a $3,000 research grant from UVM, he said.

For a “transplant,” as Barnett described himself, a grant from Vermont Arts Council — his first — affirms his commitment to and investment in the community, he said. And it helps to build that community, Barnett added.

“I come from New York City where it’s quite competitive and even cutthroat in terms of funding and … opportunities,” he said. “Getting this is incredibly affirming. It makes me want to stay in Vermont.”

The Vermont Arts Council also announced that it awarded 23 Arts Impact Grants totaling $207,295. These grants support “projects that broaden access to the arts and cultural activities, engaging individuals with limited access due to age, race, ability, income or other factors,” according to the release. The grants range from $1,000 to $4,000.

Karen Mittelman, the council’s outgoing executive director, is quoted in the press release:

“We are proud and grateful to recognize the outstanding work of these 25 individual artists and 23 cultural organizations in communities across Vermont,” she said. “They exemplify the depth and breadth of artistic riches across our state, and the remarkable creative spirit that has sustained us all during the pandemic.”