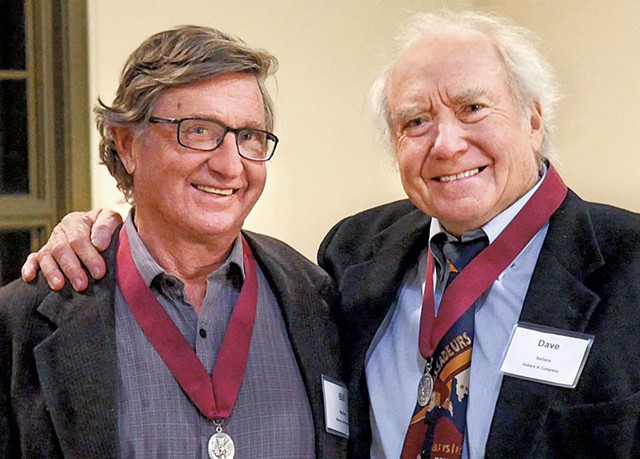 The Vermont Chapter of the American Institute of Architects held its annual awards night last week at the Gate House Lodge at Sugarbush Resort in Warren. At the event, incoming AIAVT president Megan Nedzinski mentioned a letter posted last year, hours after Donald Trump's election as president, on the national organization's website. Written by CEO Robert Ivy on behalf of all AIA members, it hailed Trump's promises to invest in infrastructure and a new era of, as Nedzinski characterized it, "dig, dig, dig!"

Vermont architects were not impressed. An overwhelming majority told the chapter that the letter did not speak for them. Nedzinski, an architect at Vermont Integrated Architecture in Middlebury, whose tagline is "Imagine a net-zero energy future," helped author a letter of response to the national leadership saying, "This is what we stand for."

It was clear last week that what many Vermont architects stand for is sustainability. Before doling out awards, the community honored two pioneers and longtime advocates of environmental responsibility, Bill Maclay and David Sellers, for their elevation to the AIA's College of Fellows (FAIA).

Consideration for FAIA results from a laborious process in which architects review their life's work and its impact on society. For both men, this work began with Prickly Mountain, site of the experimental design-build movement that Sellers helped found in the late 1960s and Maclay joined in 1971.

The two continue to live and practice in the Mad River Valley. Sellers is noted for such projects as the imaginatively rebuilt Pitcher Inn in Warren and Patch Adams' Gesundheit! Institute, a 425-acre health care eco-village in West Virginia — but also for his Mad River Rocket, on which sledders can thread the trees on their knees.

Maclay continues to design net-zero and net-positive buildings, or retrofit buildings as such, as he did with the George D. Aiken Center at the University of Vermont. He seemed to sum up both men's practices when he said, a little teary-eyed, "As architects, all we do is think about the future."

A group of architects from the Rhode Island chapter of AIA decided the Vermont awards this year. Ward Joyce of Cushman Design Group in Stowe brought them some 40 proposals in October and charged them with categorizing awards for small, medium or large projects. Otherwise, each jury decides on the number of (in descending significance) Honor, Merit and Citation awards.

The jury assigned Honor Awards to two projects, both by Boston firms: Champlain College's new residential quad, in the large project category; and the medium-size Green Mountain Getaway, a private home-cum-guesthouse in a wooded expanse in Fayston.

CBT Architects' residential quad impressed the jury for many of the same reasons that Burlingtonians appreciate it. Replacing a parking lot, it houses 270 students in three dorms named for Lake Champlain islands — Valcour, Butler and Juniper — instead of in one gigantic building. (See the college's 314-bed St. Paul Street apartment project for an example of the latter.) The character of the public façades on Maple Street is meant to echo the neighborhood's modest gable-roofed homes. 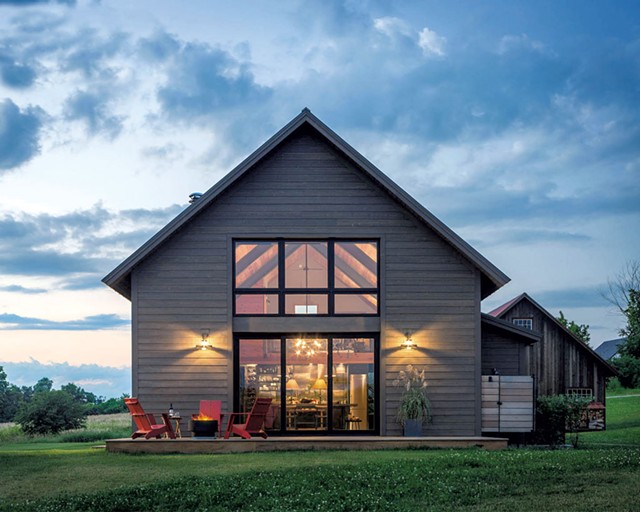 According to CBT principal Paul Viccica, the LEED Gold-certified dorms are on a geothermal system that taps into the same Hill Section aquifer that regulates the climate at admissions and welcome building Perry Hall. The buildings incorporate ultra-efficient water-usage measures — water is the main energy hog in dorms, noted Viccica — and stormwater is recaptured in a bioswale on the quad's common, thereby replenishing the aquifer.

The other Honor Award winner was the sleek, luxurious Green Mountain Getaway by Flavin Architects. The project features a shingled exterior with variable-height shed roofs arranged around a stone chimney. Jurors applauded the house's "responsiveness to the site" — oriented toward the sun rather than a view — and a "holistic aesthetic that reads all around," referring to a series of variations on a form that, as a group, exhibit restraint and consistency.

A more interesting medium-size house project, to this viewer's eye, was Board + Batten, by Birdseye Design in Richmond. One of four projects to win a Merit Award, the T-shaped guesthouse at the edge of a wood in Plymouth Notch has a deep cedar soffit that matches its deck, and a creative composition of vertical siding made from painted board, mirror-polish stainless steel and windows. Birdseye won last year's sole Honor Award.

Permanent residences such as these bring to mind the sobering Harvard University study published in September, which noted that New England is losing 65 acres of forest per day to development. Green Mountain Getaway occupies a 90-acre site that, as described, contains only old logging roads and 19th-century stone walls; Board + Batten sits on a five-acre site of forest and meadow that's otherwise undeveloped.

The student-designed structures, now either in use on the forest lot or in storage, include the Consumable Sugar Shack, whose walls are stacked with firewood for boiling sap; and a trailer-pulled Viewing Structure, which frames a view from a bowed enclosure clad with curved crossbeams. Jurors called the structures — which also won awards from Residential Architect (a journal of the AIA) and the Boston Society of Architects/AIA — "odd" and "fascinating." Moskow and Linn said by phone that they're not sure how much longer they'll run the Studio North program. Impermanence doesn't pay.

The Vermont vernacular is alive and well in two other Merit Award winners. Joan Heaton Architects of Bristol created a simple, airy house with Vermont Modern Barn in Weybridge. Bunk beds hide behind sliding barn doors in the living area; a half loft holds the bedroom. And gbA in Montpelier designed the Littleton Food Co-op in New Hampshire to echo the shed-like structures of a farmers' market.

The new Vermont Public Radio expansion and addition by Wiemann Lamphere Architects in Colchester won the fourth Merit Award. When accepting it, the group particularly commended VPR as a client: The original plan was simply to renovate an existing building, they noted, but the radio station soon saw the light and added a pleasing semicircular addition with a 90-kilowatt rooftop solar array. 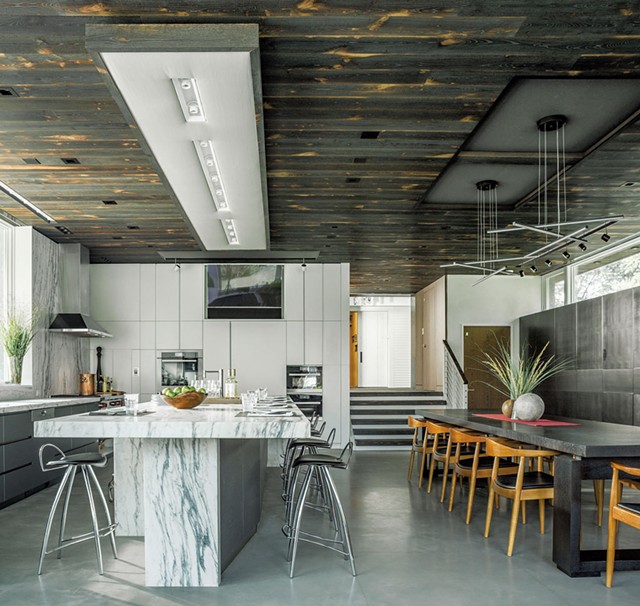 Finally, the stunning interior of Bristol architect Elizabeth Herrmann Architecture + Design's Timeline House in Cornwall so impressed the jury that they created a special award for it: Citation for Interior Design. "Who wouldn't want to be in these rooms?" they wrote. The slab-marble kitchen island alone deserves an award.

Soon-to-be-chapter-president Nedzinski reported that AIAVT is spearheading a new sustainability effort within the national organization that entails rewriting the toothless sixth canon of the AIA's ethics code. That section currently urges environmental sustainability but lacks the actionable steps present in each of the other five canons. Nedzinski and others want architects to face consequences if and when they contribute to greenhouse gases, for example.

While that might sound pie-in-the-sky, she has hope: The next national AIA president, Carl Elefante, is a recognized sustainability expert.