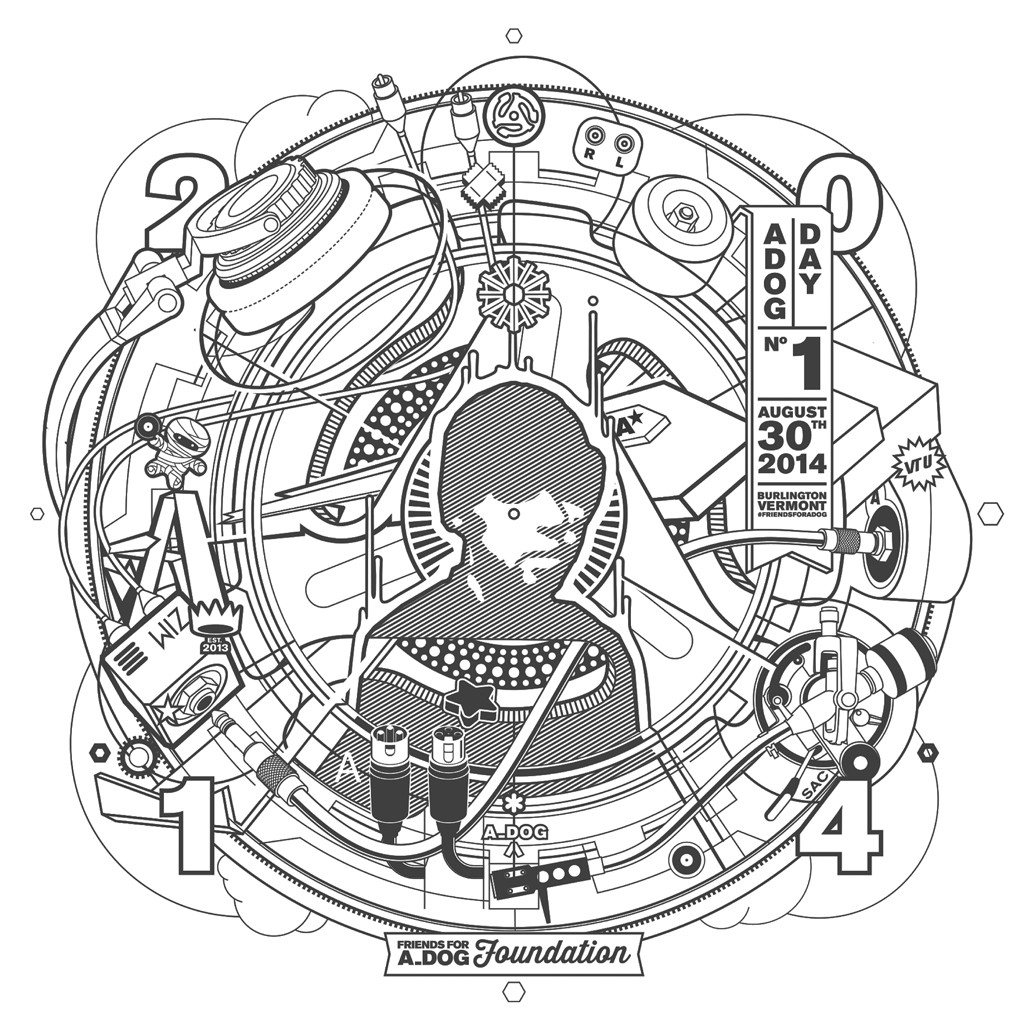 It still doesn't quite seem real that Andy Williams, aka DJ A-Dog, isn't here. Since his death following a yearlong battle with leukemia in December 2013, the extended community that surrounded A-Dog has lovingly held on to his memory. There's the mural outside of Nectar's. The countless Facebook and Twitter posts mourning his passing and celebrating his life. The candlelight vigil that stretched from Church Street to the waterfront, bringing downtown Burlington to a standstill mere days after his death. Even so, it's hard to believe we won't see him grinning and spinning in the DJ booth at Red Square or skateboarding down Pearl Street.

That Williams' presence is still felt so acutely is a testament to his broad reach and the impact he had in Burlington and beyond. That legacy is brought to life in a new compilation, Friends for A-Dog Volume 1. The comp is a veritable who's who of local hip-hop talent, and includes contributions from national acts such as Statik Selektah and Just Blaze.

A memorial tribute album can't help but take on a mournful tone. And while the A-Dog comp is certainly cause for reflection, it is also wonderfully celebratory. The album strikes a fine balance between honoring the life of a beloved friend and appreciating that the world he left behind is better for him having lived in it.

Cuts such as "#BVT" by the Aztext suggest a love for Burlington that was fostered greatly by Williams and others in the city's burgeoning hip-hop scene. "A-Dog on the ones and twos / Big Dog on the ones and twos / Nastee on ones and twos / Yeah, my city's wonderful," raps Pro. Then, "People askin' how we/ Don't move out to Cali / When it's 30 below zero in the Red Square alley / What most don't understand is / my city's on some fan biz / artists helping artists helping people helping hand shit." Other tracks, such as "A-Dog's Theme" by Eye Oh You and "Guarantee" by Manus and "Thank You" by Patron Pone and Chyse offer further reflections on just how deeply Williams affected the local music scene.

Perhaps the most touching tributes, however, are the DJ mashups, scratch cuts and collaborations among local DJs and expats that make up roughly half the record. While enough can't be said about how special a man Williams was, he was also, simply put, one of the most talented DJs ever to spin in Burlington. The contributions from the likes of Lazerdisk, Big Dog, Cre8, Rekkon, Dante DaVinci, Kanga and many others speak volumes, mostly wordlessly, to the profound legacy DJ A-Dog leaves behind.

Friends for A-Dog Volume 1 will be available in a limited pressing on A-Dog Day, this Saturday, August 30, at ArtsRiot in Burlington. It will be available digitally at friendsforadog.com, along with a bonus collection featuring cuts from Rough Francis, Myra Flynn, the Lynguistic Civilians and others.