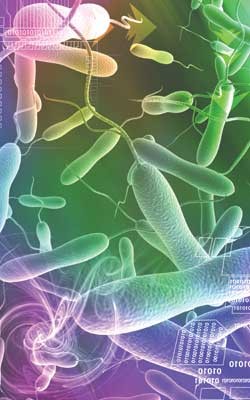 When Carrie Lyon’s mother called recently to ask how she was doing, her daughter replied matter-of-factly, “I got cholera.”

To be clear, Lyon isn’t sick with cholera; she’s giving it to others. The 39-year-old physician and assistant professor at the University of Vermont’s College of Medicine is one of two principal investigators testing the efficacy of an experimental cholera vaccine. For the next few weeks, Lyon and her co-investigator, Dr. Beth Kirkpatrick, will be screening volunteers for a Phase 3 clinical trial that “challenges” 50 test subjects with Vibrio cholerae, aka the cholera bacterium.

Simply put, 50 Vermonters will get paid up to $3000 each to contract a bad case of diarrhea.

Or not. Actually, researchers at UVM’s Vaccine Testing Center, and their collaborators at the University of Maryland and Cincinnati Children’s Hospital Medical Center, expect that only half the participants — those given a placebo — will spend much time on the toilet. The rest, presumably, will be immune to the disease.

Three thousand dollars may not sound like a lot of money to contract an intestinal infection that kills up to 120,000 people annually and sickens three to five million others worldwide who don’t have access to clean drinking water. But Lyon emphasizes that the study is actually quite safe. Participants, who range in age from 18 to 45, are rigorously screened for medical conditions such as hepatitis, HIV and bowel disorders that would exclude them from the study. The informed-consent form runs 14 pages.

Once selected, subjects get either a single-dose oral vaccine or a placebo, and then return 10 or 90 days later, when they’ll be admitted to a segregated unit at Fletcher Allen Health Care. There, they drink a solution containing the cholera pathogen and spend the next 12 days in the hospital under round-the-clock medical supervision.

As Lyon explains, cholera itself doesn’t make people terribly ill, nor is it communicable from person to person. The disease’s biggest danger is the dehydrating effects of its symptoms — diarrhea and vomiting — which can kill in hours. But those problems are easily remedied in a controlled hospital setting, where participants are closely monitored and receive oral solutions or IVs to maintain their fluids and electrolytes. Says Lyon, “I’m really not worried that anyone is going to get dehydrated in the hospital.”

Philip Pezeshki can attest to that. The 46-year-old Burlington resident has participated in five UVM studies since 2002 testing vaccines for anthrax, campylobacter, typhoid and dengue. Despite the “well-deserved notoriety of the diseases,” Pezeshki insists his experiences were all “mundane,” and left him feeling “medically coddled.” In fact, during one, he spent 10 days doing nothing but reading, studying, watching videos and hanging out.

“I’ve been far sicker from the annual flu and colds my daughter brings home from preschool,” he adds. Pezeshki is not participating in the current study.

The United States hasn’t seen a cholera epidemic in more than 100 years — only in travelers who contracted it elsewhere. To date, the U.S. Food and Drug Administration has not approved the use of any cholera vaccine.

That’s a big problem, Lyon explains, especially for American tourists, missionaries and foreign-aid workers who travel to cholera-prone regions of the world, as well as to countries that experience sudden outbreaks following a natural disaster, such as earthquake-leveled Haiti.

Two oral cholera vaccines were developed in the 1980s and used overseas in the 1990s, mostly by international travelers. One was shown to have dwindling effectiveness over time, especially among children under 6. The other proved ineffective in cholera-endemic populations in Indonesia and was discontinued by its manufacturer in 2004.

Now the pharmaceutical company PaxVax is paying UVM millions to test a new version of it. According to its website, the California-based drug manufacturer develops vaccines to benefit poor and disenfranchised populations by making them affordable and easily deliverable, regardless of the condition of a country’s medical infrastructure or supply chains. Founded in 2007, the company is also conducting clinical trials on vaccines for avian influenza, anthrax and HIV.

Kirkpatrick, who arrived in Burlington in 1999, founded UVM’s Vaccine Testing Center two years later. Since then, the center has become one of just a handful of sites around the country capable of conducting these types of trials. Since 2008 the center, and Kirkpatrick, have brought in $10.4 million to UVM, mostly from pharmaceutical firms, private foundations and government agencies.

What motivates people to volunteer for the studies? Obviously, money is the main enticement, as it was for Pezeshki in 2002, when he was still single and unemployed. Since then, he’s earned between $500 and $2000 for each study, and used the extra cash to buy a wedding ring for his wife.

“Most of my friends and family thought I was foolhardy for taking risks with my health, but they also gave me props for my sense of adventure,” adds Pezeshki, whose father was a doctor and his mother, a nurse. “However, my primary motivation for this way of ‘earning’ money was, and has remained, the contribution I am making to others for whom the vaccines could be much more dire matters of life and health.”

One coincidence regarding the upcoming cholera study: Each fall, incoming UVM freshmen are assigned a book to read before arriving on campus in the fall. Unbeknownst to vaccine center researchers, this year’s choice was the nonfiction The Ghost Map, by Steven Johnson, which recounts the story of how Dr. John Snow discovered the cause of cholera during a London epidemic in 1854.