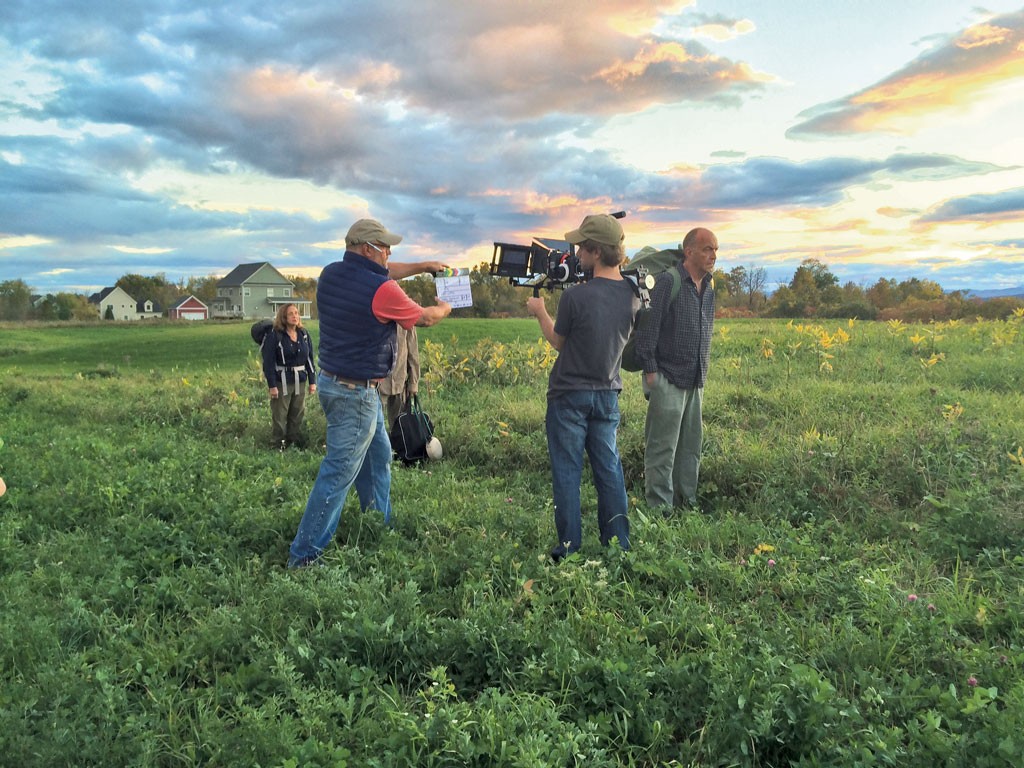 You've heard the rap on millennials. Narcissistic. No work ethic. Perhaps you've even read Mark Bauerlein's The Dumbest Generation: How the Digital Age Stupefies Young Americans and Jeopardizes Our Future (Or, Don't Trust Anyone Under 30). Generation Y is the Rodney Dangerfield of demographics: It just don't get no respect.

If you buy a word of that, you obviously haven't met Matthew Lipke, a 22-year-old environmental studies major who's about to graduate from the University of Vermont. He aims to pack two theaters at Merrill's Roxy Cinemas in Burlington on May 1 for the premiere of his third full-length feature film, Elixir.

"Matt has made several films while at UVM — he's been remarkably driven to produce films that are socially significant," explains associate professor of film and television studies Sarah Nilsen. "Most of our classes are structured around the completion of short films. He is fearless in undertaking massive projects."

Lipke's latest is a futuristic thriller with an environmental twist. Elixir is set in 2115. Humans have trashed the planet, anarchy reigns in the streets, technologies we take for granted are now things of the past, and, as if that weren't dystopian enough, the world's water supply is controlled by a shadowy conglomerate called the Mulholland Corporation.

Cowritten by Lipke with friends Matthew Keim, Erin Lynn Doyle and Alyssa Hingre, the film follows a small group that's making its way across the Northeast in search of the company's mega-dam. Along the way the outfit battles the elements, as well as Skulks, Mulholland's private militia. The principal players are Connor (Bob Bolyard), the group leader; Todd (Dave Allen); and Suzanne (Sandra Gartner). Think The Road with fewer cannibals.

"The Road definitely was an inspiration," says the filmmaker. "I watched it for the first time for research and fell in love with it."

Asked where he got the idea for the evil Mulholland Corporation, Lipke had a surprising answer: "Nestlé. Nestlé bottles an absurd amount of freshwater — in Maine and even California, a state that is experiencing severe drought! The CEO stated on camera, 'Water is not a human right.'"

What does Lipke want to say with his movie? "Being an environmental sciences student with a concentration in water resources, the story's inspiration came from my classes and real-life events such as the Bolivian water riots," he says. "Water is a precious resource. We must use it responsibly. Water is a right, not a privilege."

Though Elixir is a student production, its cast includes folks who last spent time in a classroom when answers were found in a library, not on the internet.

"One of Matt's film instructors contacted me," recounts Bolyard, who is best known as drag queen Amber LeMay of Burlington's House of LeMay. "When she heard he needed an older — make that mature — male, she asked if I'd be interested, and I said, 'Sure.'

"Having done community theater for 40-plus years, being in a movie was a new adventure," Bolyard continues. "At my age [59], I don't know how many firsts I have left. It was obvious that, one, this wasn't Matt's first time directing; and, two, he knew what he wanted and how to get it — but not in an I'm the director way. That's not his nature. People wanted to do good for him," Bolyard says. "Me included."

Speaking of doing good, Lipke is doing just that with the movie; he's partnering with Oxfam America to donate proceeds from the premiere to water, sanitation and hygiene (WASH) programs that get clean, fresh water to those in need around the globe. "I wanted to partner with a water-related charity," he says. "I decided to go with WASH because Oxfam has a club on campus. They told us about WASH and what it does. I decided it was the perfect organization to partner with."

Some of Elixir's postapocalyptic world may look familiar: "We filmed in numerous places around Vermont," Lipke says. "A little bit at UVM's Centennial Woods, a lot down at the [Green Mountain] Audubon Center in Huntington and some at the Winooski Gorge."

The budget? About $7,000, which Lipke raised himself while somehow keeping up his grades.

The public hasn't seen the completed film yet, but the reviews on its maker are in. "Matt's a natural leader and collaborator," says Nilsen. "He asked students in the UVM [Symphony] Orchestra to help record the movie's score, had his friend compose the music, and worked with another friend on recording the soundtrack. He's been very savvy in finding the resources to complete movies. These skills will serve him well as he pursues a career in film or television."

His mature leading man couldn't agree more. "Matt's good," says Bolyard. "We'll be hearing about him in the future." Given Lipke's flair for the dystopian, we may hear from him again on that very subject.

Elixir premiere, Friday, May 1, 7 p.m., at Merrill's Roxy Cinemas in Burlington. Tickets are available through presale at elixirfilm2015.eventbrite.com. $10, proceeds benefit Oxfam's WASH programs. A Q&A with the filmmakers follows the screening.