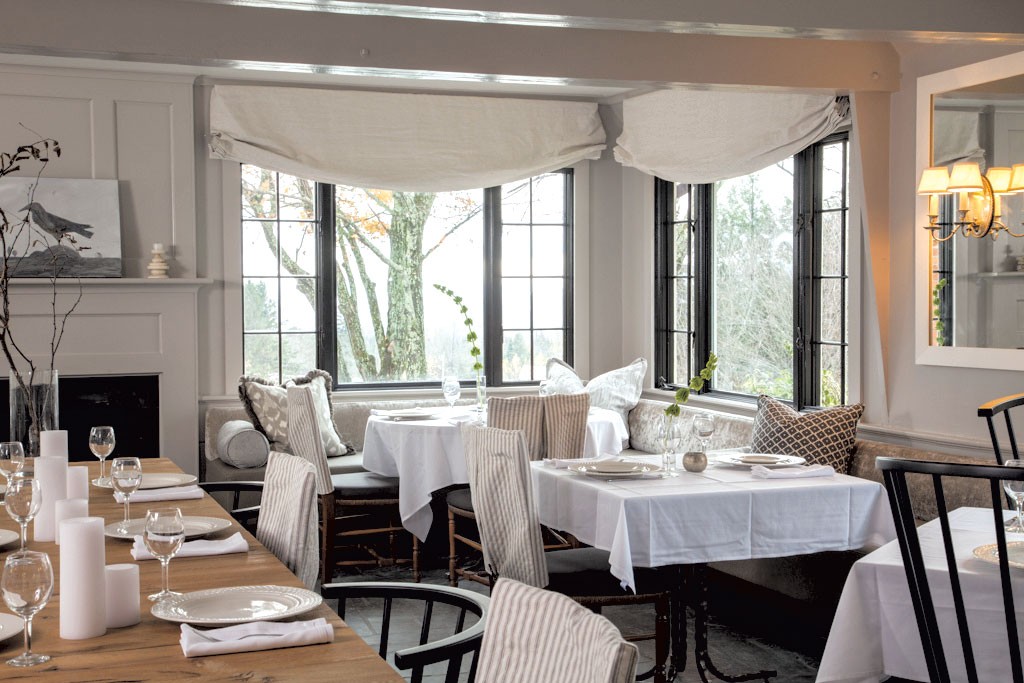 When Seven Days last spoke to Chad Hanley, in 2010, the French-trained chef had recently returned to his native Jeffersonville after years cooking in the kitchens of Roy Yamaguchi and Masaharu Morimoto. Back then, a cooking gig at the Brewski wasn't making much use of Hanley's skills for haute cuisine. He'll need those refined touches when the Restaurant at Edson Hill, located at the newly reopened Stowe inn, debuts on Thursday, January 22.

Hanley was already catering at the inn for previous owner Billy O'Neil, who sold the business last summer. New "head of estate" Carl Christian made major renovations in the fall, including a remade restaurant space.

Hanley, a scion of Jeffersonville's Hanley's General Store, continues the family tradition of making bacon from scratch in his kitchen at Edson Hill. His cured meats also include a more ambitious charcuterie plate, paired with Vermont cheese.

Even the restaurant's desserts show a local touch: One option is an apple-cheddar spice cake served with rosemary-olive-oil ice cream.

Starting this week, Edson Hill is open Thursday through Monday for dinner. For now, breakfast service is limited to guests, but Hanley hopes to serve three meals daily to the general public by summer.