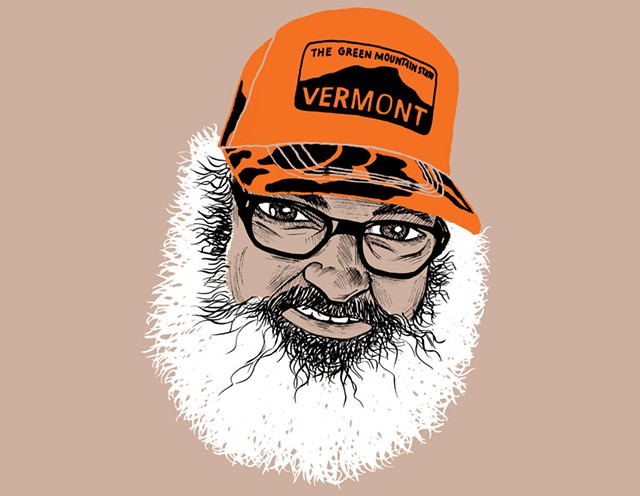 How did actor Randy Quaid — of Brokeback Mountain and National Lampoon's Vacation fame — and his wife, Evi, end up in little Lincoln, Vt.? The story reads like a bad movie script. Arrest warrants issued in California had charged the pair with squatting in their former Hollywood home and skipping out on hotel bills. The Quaids countered by claiming that a shadowy cabal of assassins, the Hollywood Star Whackers, was trying to kill them.

All of that drove them to Canada, where they'd been for five years before they decided to come back to the U.S. through Vermont. The Quaids were arrested and slated for extradition to California.

Days later, though, a Franklin County judge declared there was no legal basis for the California warrants — and hence, for holding the duo. The Quaids headed to Evi's father's home in Lincoln and pledged to begin anew in the quaint Addison County town. Randy even expressed interest in joining the Lincoln volunteer fire department and playing Santa Claus in the annual town Christmas parade.

UPDATE: The Quaids are still in Lincoln, according to their attorney, Peter Langrock, but Randy has not joined the fire department.

"If he showed up, we would have welcomed him," said Fire Chief Dan Ober. "But we're not going to go looking for him."

California authorities have not followed through on their threat to refile paperwork in Vermont seeking to extradite the Quaids. That leaves them in legal purgatory. They are free to remain in Vermont but could potentially face arrest on the California warrants — which are still valid in other states — the second they cross the state line, Langrock said.

The couple could not be reached, but in colorful and bizarre social media posts, they have extolled Vermont. In one video, Randy grabs fistfuls of leaves that he had stashed in his pants and throws them into the air while frolicking in a green field. In another, he rails against "petrol Nazis," a collaboration of banks and oil companies that, Quaid says, "murder and make bad movies." Quaid ends the video by endorsing Donald Trump for president, concluding that he is the only candidate not beholden to the powerful group.