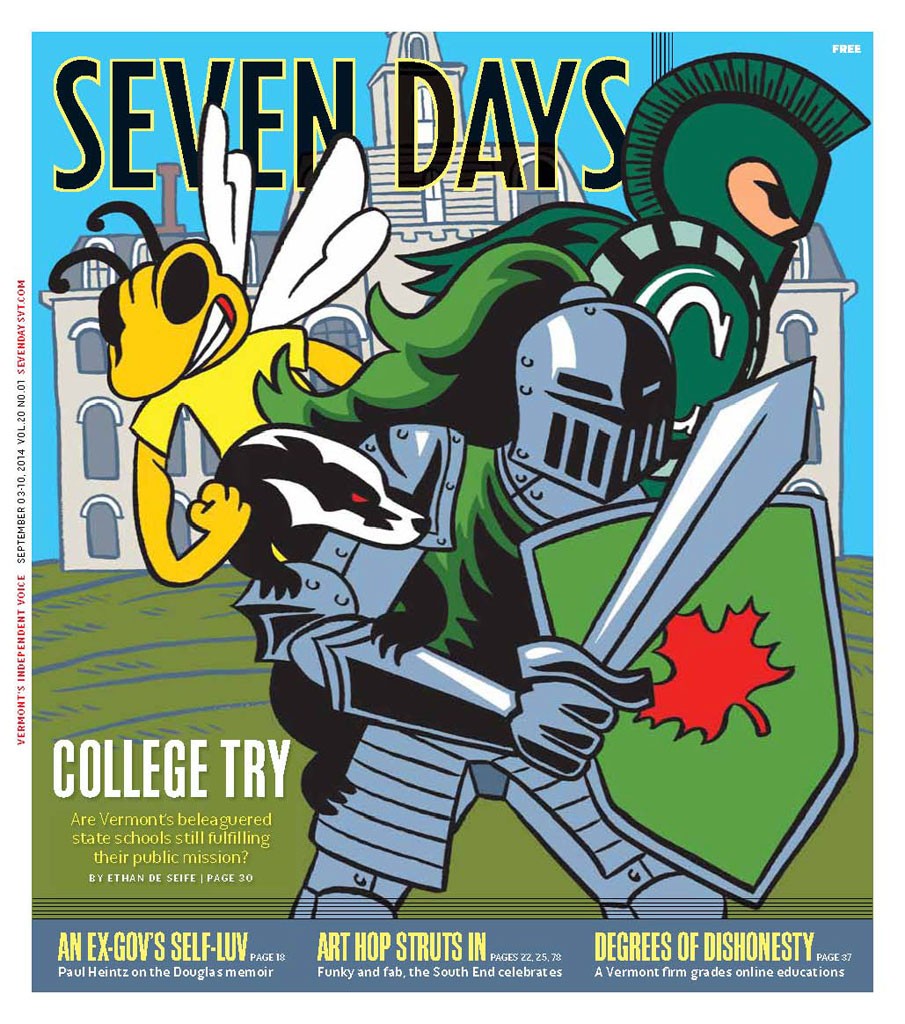 The Vermont State College system, which educates about 10,000 Vermonters every year, has long suffered repeated strikes from a double-edged sword: declining enrollment and diminished state support. Vermont currently provides just 18 percent of VSC's budget; the rest comes from the rising cost of tuition. Gov. Peter Shumlin signed legislation to increase the state's contribution — but the law was never implemented, and the state budget has since been slashed.

The schools — Castleton, Lyndon and Johnson state colleges, Vermont Technical College, and Community College of Vermont — have developed creative programs to attract and retain students. Some have also cut programs or staff — or both — to survive.

Outgoing VSC chancellor Tim Donovan rejected the notion of consolidating the state schools, in part because every campus is a major economic driver. There has been some talk of privatization — and Vermont Technical College has a small-scale partnership with Comcast — but several VSC presidents told Seven Days they viewed that option with reservation, if not outright disapproval.

Administrators acknowledged that without more state funding, the system may be forced to abandon its mission: to make college education affordable to Vermonters of all income levels.

UPDATE: Fall enrollment was down at all five schools in the Vermont State College system compared to last year. The total number of students has dropped roughly 5 percent, to around 8,928 full-time equivalents.

At the end of October, Dan Smith, who had served for seven months as interim president of Vermont Technical College, was named the school's president. About a month later, Smith announced eight faculty layoffs.

Smith said the cuts were necessary to stabilize the school.

Overall, he said in a phone interview, "I am still bullish on the college. We are doing all the things that people wish that higher education did: We're career-oriented, our students get great jobs and we teach in a hands-on way." He continues, "When you look at the industries that drive the Vermont economy, Vermont Tech graduates play an outsize role." Smith also points out that though overall enrollment may be down, certain keystone programs have seen upticks — the number of nursing students, for instance, has risen by 13 percent.

There's other leadership news, too: Jeb Spaulding, who has served as Gov. Peter Shumlin's secretary of administration, will move into the chancellor's office in January. Because he does not yet represent the VSC system, Spaulding declined to comment.