Update: Family Wants a South End Deli With the Works 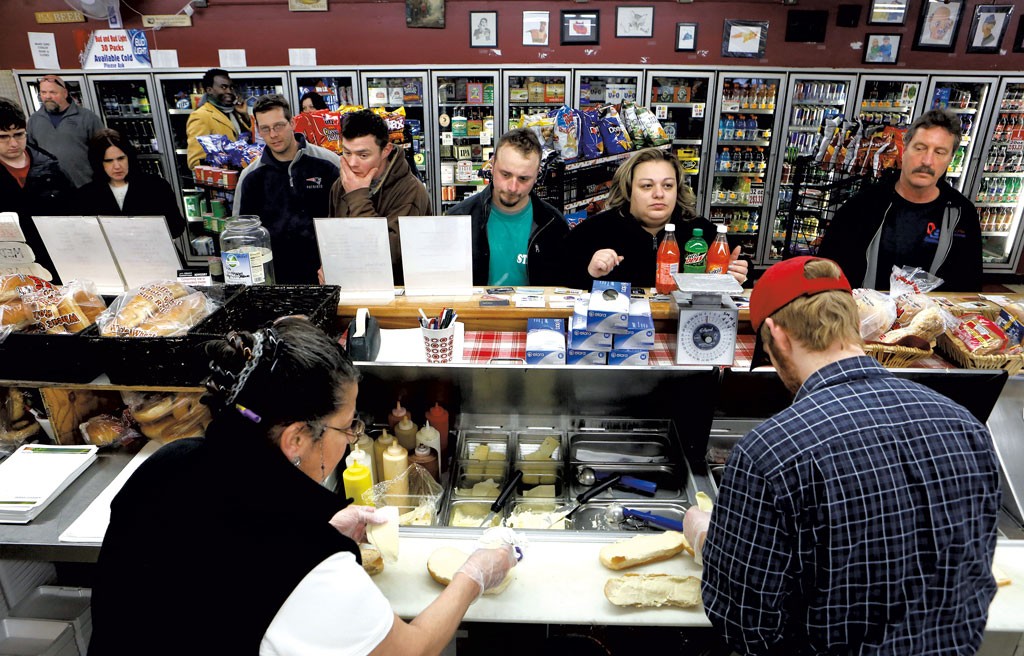 In the service of journalism, we spent a day hanging out at the bustling Pine Street Deli, trying to fight off hunger pangs as we watched the lunch-hour chaos unfold.

A South End institution, the deli is run by Michael Alvanos, whose Greek parents established a toehold in the area by running the old Parkway Diner in South Burlington. Eight years ago, the Alvanos family closed the diner, purchased Red Roberts, a store that had long occupied the northeast corner of Flynn Avenue and Pine Street, and rechristened it as a deli and convenience store.

Christine and George Alvanos saw potential in the sleepy South End, and they were quickly proven right.

Since they moved in, Burton Snowboards and Dealer.com set up shop in the neighborhood, bringing hordes of employees. Funky arts shops, studios and eateries have opened at a steady clip. The South End Art Hop brings 30,000 visitors to the area over Labor Day weekend.

And every afternoon from 11 a.m. to well past 1 p.m., the neighborhood's diversity is on full display at the deli's lunch counter.

UPDATE: The Alvanos family is doubling down on the South End. In the fall, they filed for permits for a massive expansion.

The family wants to knock down the deli and build a three-story mixed-use building in its place. A new deli would occupy the first floor, along with another commercial space, perhaps for an office or an art studio. Nine apartments would take up the second and third floors.

The old building, Michael Alvanos said, is in desperate need of renovations that would be too costly.

"The building is a pain in the ass to maintain and keep going," said Alvanos, who backed a city zoning change that allows for more mixed-use development in the South End. "Imagine taking one of those old houses, and having 500 to 700 customers a day come through the place."

If they secure permission from the city, the family hopes to knock the building down sometime in the fall of 2015, and to reopen eight months later. They believe the South End will continue to grow and their investment will pay off.

"My mom and dad, in 2005, they saw the opportunity down here. I remember my mom saying, 'This is the up-and-coming area,'" Alvanos said. "They're still bullish on the South End. We're optimistic."