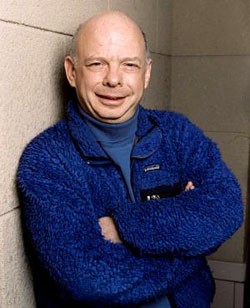 It’s not the heat. It’s the intensity.

So says actor Douglas Lockwood of Wallace Shawn’s 1990 dramatic monologue The Fever, which he will deliver at Unadilla Theatre in Marshfield this weekend. The piece features a man — in this case, though Shawn’s script doesn’t specify gender or age — gripped by a nausea-inducing crisis of conscience while holed up in a hotel room in an unnamed, revolution-wracked country. The “fever” of the title refers to the narrator’s painful awakening to his (in this case) privileged position in a world mired in poverty and strife.

According to Lockwood, who estimates he has performed The Fever 50 times, often under the direction of Obie Award winner Ken Rus Schmoll, the work’s challenging questions require a unique onstage treatment. “It is the audience that must experience this play,” he writes in a recent email. “And if it becomes about them watching me have an emotional experience, then the power of the play is lost. So I’ve had to find a level of detachment that keeps me needing to speak this play but also providing the audience with their own individual experience of the play.” The result, he says, is a play that “opens up people’s awareness and the connection to things and to people that we interact with every single day.”

This sense of personal connection engendered by The Fever was part of Shawn’s design when he recommended the play be performed in homes as well as in theaters. Lockwood’s Fever history, which dates to 2002, has included living-room productions throughout the Northeast and Midwest, for audiences ranging from a few people to a few dozen. He has also performed the show in larger spaces, such as Boston’s Old South Meeting House.

Lockwood’s Unadilla run was prompted by veteran Unadilla performer Paula Plum, with whom Lockwood cofounded the Actors’ Shakespeare Project, along with Richard Snee, in Boston in 2004. Plum, who performed seven one-person shows at Unadilla between 1989 and 2000, saw a good match between Lockwood’s signature piece and the theater when Unadilla Artistic Director Bill Blachly alerted her to an open weekend in the summer schedule. She anticipates that Shawn’s confrontational play will appeal to core sensibilities at the secluded playhouse. “The audiences at the Unadilla are very, very smart,” she says. “[They] are people who speak theater and read poetry. It’s a very sharp group of people.”

In other words, they’re precisely the people implicated in The Fever. This meshes well with Lockwood’s theatrical worldview. “As an actor and as a theater person in general, I am always interested in pushing people’s buttons in new ways (and having my own buttons pushed as well),” he notes. “This piece is very fulfilling for me in that way. It is hard to speak it, it is hard to listen to it, it is hard to confront it, but there is undeniable truth in all of it, I think.”