Ski resorts like Stowe, Sugarbush and Jay Peak are world-renowned winter playgrounds — but they're not the last word on winter fun in Vermont. There are myriad ways to enjoy the snowy Green Mountains beyond blasting through powder on skis and snowboards.

Whether you're a hard-core winter junkie craving backcountry thrills or a family looking for a more relaxed and scenic outing — say, dogsled rides or a moonlit snowshoe trek — Umiak Outdoor Outfitters' Stowe location offers guided adventures to suit a variety of tastes and levels of temerity. Even with the pandemic curtailing all manner of activities, most of the company's programming — minus its popular brewery tours — is still available, particularly to locals.

"If it's Vermonters, we'll do all kinds of fun stuff," Umiak program director Michael Porcelli said. Out-of-staters are welcome, too — provided they abide by Vermont's quarantine restrictions. Umiak has enacted enhanced sanitizing protocols for all of its equipment. And all bookings are now private, meaning you will recreate only with the people in your party. Ideally that's just people in your household, though visitors who are staying together would also be considered a single party, according to Porcelli.

Umiak is headquartered in Stowe but has summer locations in Richmond, at the Waterbury Reservoir, and along the Winooski and Lamoille rivers. By far, Umiak's most popular winter outing is its snowshoe and tubing tour.

"It's been our No. 1 seller the last three years," Porcelli said. 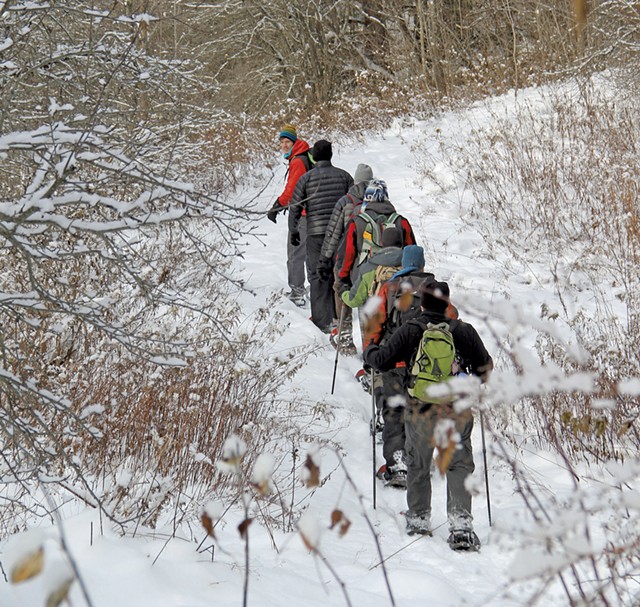 He declined to reveal precisely where in the Stowe area the tour takes place, out of concern for overcrowding. But the tour begins with a snowshoe trek along scenic trails running through sugarbushes and with stunning views of the Green Mountains. Along the way, you'll learn about the history of snowshoeing, the surrounding region and maple syrup. And then you'll arrive at an epic sledding hill.

"It's a big hill!" Porcelli enthused. "You hike up with your tube, and then you sled down as many times as you want. It's a good time."

"People hear 'tubing,' and it's on." Michael Porcelli tweet this

"The adventure was great exercise and the day was perfect," wrote a mother of two from Connecticut last February. "You can get some beautiful photos along the way. Thumbs up."

"We enjoyed the day so much that my wife and I decided to buy our own snowshoes," wrote another reviewer.

Interestingly, Porcelli noted, the tour tends to attract more adults than kids. One reason might be that sledding is easier than skiing or snowboarding, so it's a more accessible and familiar activity for those who want to enjoy the outdoors but aren't exactly ready for black diamonds and moguls. 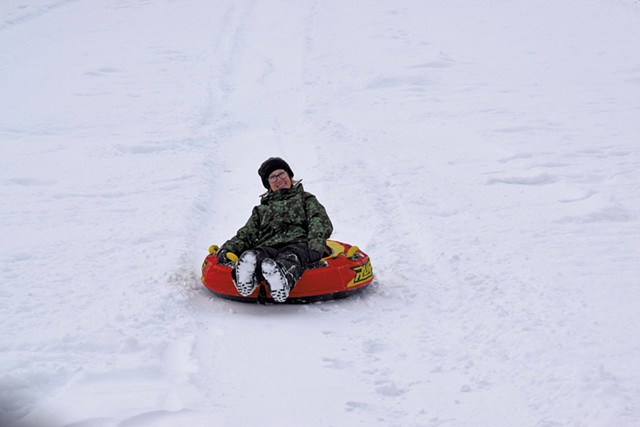 "We get people who've never even seen snow," Porcelli marveled. "But people hear 'tubing,' and it's on."

For those seeking a more relaxed pace, Umiak offers both daytime and evening dogsled rides at Stoweflake Mountain Resort & Spa's golf course. As with the snowshoe and tubing tour, an educational component comes with the thrill ride.

"It's informational and exhilarating," Porcelli said.

You'll meet the mushers — and, most importantly, the dogs — and learn all about dogsledding. Then it's off for a 15- to 20-minute jaunt over the river and through the woods — or at least around the golf course. 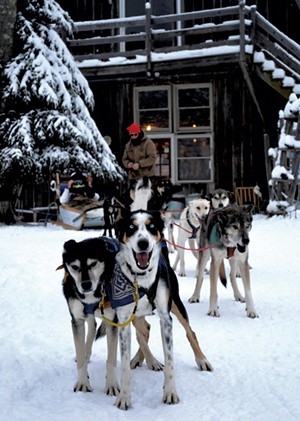 "It's more of a ride than a tour, but people love it," Porcelli said. "It sells out every weekend."

For an activity that's not quite as daring as tubing but more active than the dogsled rides, he suggested either of Umiak's two evening snowshoeing tours. On the Gourmet Fondue Tour, guests traverse private trails in Stowe before ending up at the Fritz Bar at the Stowehof hotel. There they enjoy a three-course fondue dinner featuring Cabot cheese and Laughing Moon Chocolates.

The other option is the Moonlight Cabin Tour, in which guides lead visitors to a hidden sugar shack in the woods where a roaring fire awaits — as well as Cold Hollow hot cider, Cabot cheese and crackers. Along the way, guides help guests gaze at the stars, identifying constellations, planets and other heavenly highlights.

"Coming back, it was dark and snowing," wrote one Tripadvisor reviewer, "so it was extra special." 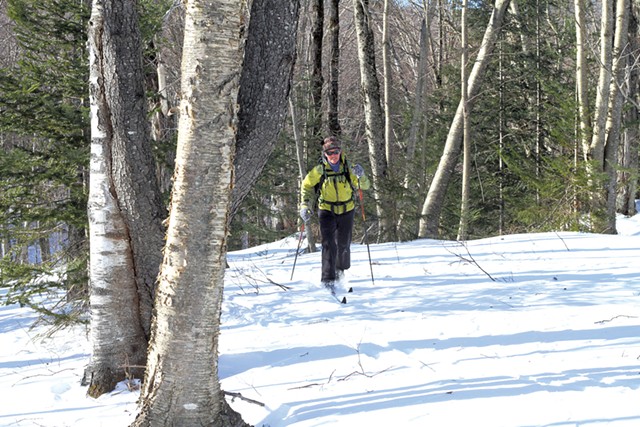 For more adventurous folks, Umiak also offers Nordic and alpine touring backcountry ski outings. Both include instruction so that even those who have never stepped into cross-country skis or slipped on backcountry skins can jump right in. Porcelli said the backcountry tours, which happen along the trail system in the Sterling Valley with views of Stowe, are especially stunning.

"It's really beautiful," he said.

In addition to Umiak's COVID-19 protocols, Porcelli stressed general winter safety for anyone interested in the company's programming. Wear layers, he advised, ideally including a moisture-wicking tech shirt as a base layer. And leave your cotton sweaters at home; they trap sweat and leave you cold and wet.

He added that all Umiak backcountry guides carry Spot X satellite messaging systems in case of emergency, since cell service is nonexistent deep in the woods.

During the pandemic, and out in the backcountry in general, Porcelli said, "Our biggest concern is keeping everybody safe."