Two Votes Down, Mahnke Will Call for Recount in Chittenden Senate Race 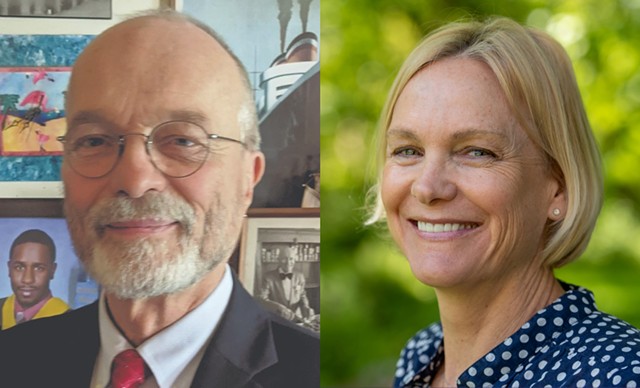 The candidates, both Burlington residents, are vying for the third seat in the newly formed Chittenden Central district, where incumbent Sen. Phil Baruth (D/P-Chittenden) and Rep. Tanya Vyhovsky (P/D-Essex Town) pulled out easy victories, with 5,710 votes and 5,140 votes, respectively.

Gulick tallied 3,949 votes to Mahnke's 3,947, according to unofficial results Seven Days obtained from town and city clerks on Wednesday morning. A fifth candidate, Dawn Ellis of Burlington, was eliminated with 3,329 votes.

Just after 10 p.m. on Tuesday night, the Vermont Progressive Party — which had endorsed Mahnke, Baruth and Vyhovsky — claimed Mahnke's victory in a tweet, saying the party had "a clean sweep" of the district.

"This is a good night for the movement," the tweet continued.

But the Progs walked back their statement on Wednesday afternoon, tweeting that a technical error with a data feed incorrectly showed Mahnke with a 148-vote margin over Gulick at one point on primary night.

"At this point we are expecting and preparing for a recount in the Chittenden Central Sen. District," the tweet says.


In a statement on Wednesday afternoon, Mahnke thanked his supporters and said he will likely ask for a recount. "Election night was a series of ups and downs as confusing and inconclusive media reports came in," he said. "I await the official results from the Vermont Secretary of State’s office."

Like the Progs, Gulick noticed the glitch Tuesday night. Several news outlets, using results from the Associated Press, first showed that Gulick had won, then Mahnke, then Gulick again. Complicating matters, the Vermont Secretary of State's website had a technical issue related to the recent legislative reapportionment that prevented officials from posting results online.

Senate Shuffle: Chittenden County Candidates Vie for Votes in Three New Districts
By Courtney Lamdin
Politics
The department was working with a vendor on Tuesday to resolve the issue, but the numbers were still missing as of Wednesday afternoon.

Gulick believes the totals are accurate and that she won the race but said she would welcome a recount.

"I’m still processing it all," Gulick said. "I just look forward to having the numbers set in stone. We’re looking forward to some closure so we can move on to the next step."


Progressive Party executive director Josh Wronski shared that sentiment. "We’re really excited about the results overall," he told Seven Days. "Win or lose, I think Erhard ran a great campaign, and it shows he’s a strong voice in that district. We’re all eagerly awaiting what happens."

The other Chittenden County Senate races were decidedly less competitive.

According to results reported by Vermont Public — which uses AP data — Lyons racked up the most support with 12,591 votes, nearly 30 percent of the total, compared to Ram Hinsdale's 11,602 and Chittenden's 11,081, with 99 percent of votes counted.

The challengers, both political newcomers, finished a distant fourth and fifth, with Mudge picking up 4,693 and May 2,820. 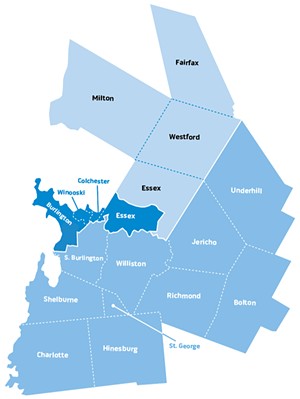 In Chittenden North, Irene Wrenner, bested her opponent, Brian Shelden, 1,621 to 1,136, according to Vermont Public. Wrenner will face off against Rep. Leland Morgan (R-Milton), the only Republican on the ballot, in November. Morgan didn't have a primary challenger.

Candidates in both the Chittenden Central and Southeast districts will have no major party opponents in the general election, meaning Tuesday's winners will almost certainly head to Montpelier in January.

The primary election was the first time in a decade that Chittenden County voters were split into three separate districts instead of a single precinct. The legislative boundaries were changed earlier this year as a result of redistricting, which will give the influential county seven senators instead of six.