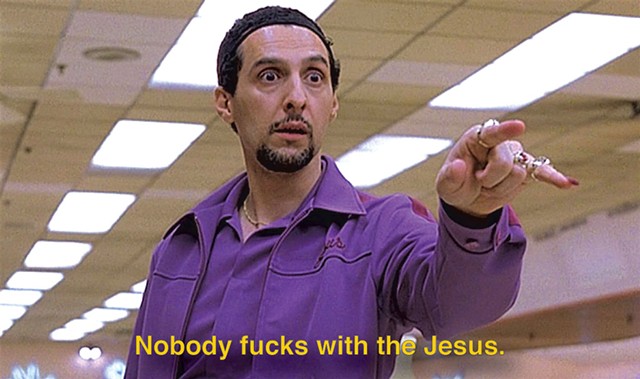 When Charlotte resident John Quinney began to lose his hearing, going to the movies became an unpleasant affair. Beyond the obvious frustration with not being able to understand dialogue, he found that the ADA accommodations offered in most theaters actually made the experience worse.

"The assisted-listening devices are headsets that amplify sound without enhancing the sound quality, which doesn't help at all for many people who are hard of hearing. The issue often isn't volume but clarity," said Quinney. "And closed-captioning devices force you to continually look down at this little screen in your cup holder in order to understand what's going on."

Then there's the stigma of sitting in a movie theater with a gadget. As Quinney put it, "It's basically like wearing a sign that says: 'I have a disability.'"

Theaters are required by law to offer assisted-listening devices, but he noted that battery failure, sporadic connectivity and poorly trained theater staff can make for a frustrating experience.

So, last November, Quinney began calling theater managers around the state to see if they would consider adding open-caption screenings to their regular programming. (Open captions are subtitles that are always visible on the screen; closed captions can be turned on and off.)

At the end of January, Essex Cinemas & T-Rex Theater in Essex Junction and the Savoy Theater in Montpelier agreed to start offering open-caption screenings.

Quinney, a hearing-loss advocate who recently compiled a database of restaurant noise levels, as previously reported by Seven Days, estimates that at least 60,000 Vermonters suffer from some degree of auditory difficulty. That figure is based on statistics indicating that 15 percent of Americans age 18 and older — or close to 37 million people nationwide — have hearing loss. By applying that ratio to Vermont, Quinney arrived at his estimate of 60,000, or 15 percent of the state's 18-and-older population.

"We believe that everyone should be able to enjoy going to the movies," said Eric Reynolds, manager of Essex Cinemas. It doesn't cost theaters anything to provide the service, he said, beyond the added administrative effort of publicizing showings that include open captions.

Starting later this month, Reynolds will offer open-caption screenings every other Saturday, coinciding with the theater's sensory-friendly showings. The latter minimize the stimuli that can overwhelm people with sensory issues, including those on the autism spectrum. The house lights stay on, the movie plays at a lower volume and viewers are free to move around the theater as they please.

"They've been a huge hit with family-friendly movies, especially superhero films," said Reynolds. "Parents really appreciate being able to take their kids to the theater and not worry about them getting out of their seats or getting freaked out by loud noises."

Savoy owner James O'Hanlon, who began open-caption screenings on February 11 with The Favourite, plans to offer them weekly on Monday evenings. He said he thinks the subtitles will improve the moviegoing experience for his elderly patrons, as well as those of any age with difficulty hearing.

"In my own experience, I've found them to be useful, especially when actors have accents or they're speaking quickly," O'Hanlon said.

Meanwhile, Quinney is working with the Hearing Loss Association of America's Vermont chapter to get a bill passed in the state legislature that would require some theaters, under certain conditions, to offer a minimum number of open-caption screenings. Rep. Michael Yantachka (D-Charlotte) has already signed on as the primary sponsor; 11 other representatives, including Rep. Avram Patt (D-Worcester) and Rep. John Killacky (D-South Burlington) — former executive director of the Flynn Center for the Performing Arts and a disability advocate — have offered their support as cosponsors of the bill.

Quinney hopes that the general moviegoing public will recognize the value of open captions, and that theaters will capitalize on the opportunity to attract patrons who might have been watching subtitled movies at home.

"Movie theaters stand to gain a whole new customer following by simply adding one night of open captioning per week," he said. "It'll be good for business."