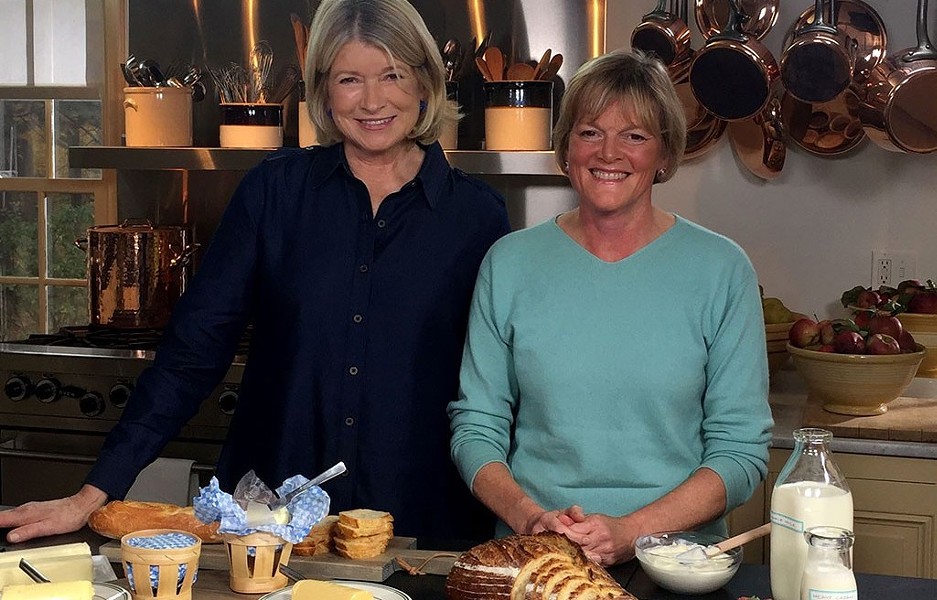 A couple of Vermont foodies have played starring roles recently.

To promote its Workwear line, outdoor-clothing company Patagonia has been profiling folks who need durable clothing to stand up to the physical work they do. On February 8, the company spotlighted agronomist Heather Darby, who works for University of Vermont Extension and runs a research farm just shy of the Canadian border. In the two-and-a-half-minute vid, Darby — clad in a plaid shirt and overalls — hot-wires a tractor, discusses the importance of soil and shares how she decided on her current career after watching farmers go out of business in her hometown.

Allison Hooper, cofounder of Vermont Creamery, showed up in a glitzier environment on February 3. On the first episode of season nine of "Martha Bakes," on PBS Food, she talked with Martha Stewart about cultured butter and why it's great for baking.

Retail Therapy: Seven Items for Your Home and Where to Buy Them Locally

One Prescription for the Pandemic: Weed and ’Shrooms
Top Stories