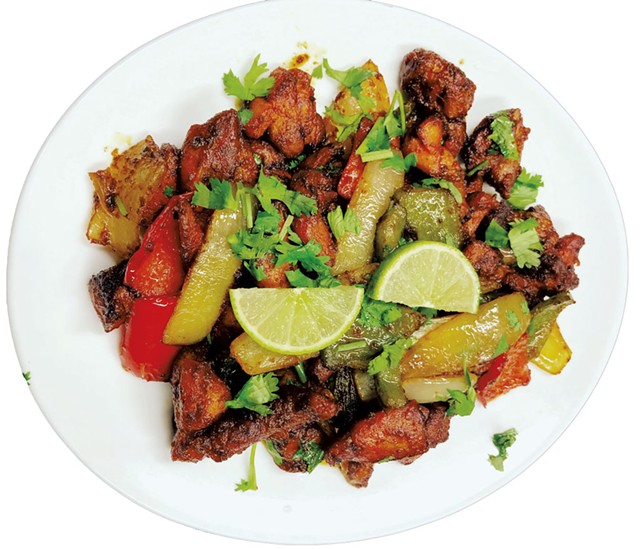 Two new Indian-Nepalese restaurants will open in coming weeks in Chittenden County, one in South Burlington and the other in Burlington.

Everest Indian-Nepali Restaurant is expected to open at 1208 Williston Road in South Burlington, former site of Quiznos, by the end of March, according to owner Krishna Adhikari.

The native of Nepal has lived for five years in Burlington, where she is a caseworker at AALV (formerly Association of Africans Living in Vermont). Adhikari is opening her first restaurant with the help of a business partner and restaurateur in Queens, N.Y., Kamal Sherpa, who will send chefs from the city to work at Everest, she said.

Everest will serve traditional Indian and Nepalese food, including curries and kebabs. The restaurant, to be open daily for lunch and dinner, will seat about 60 people and serve beer and wine.

Adhikari, 32, said she plans to tend to the restaurant at the end of her workdays at AALV. "I like to have a business," she said. "I want to try to do something new."

Jeetan Khadka, owner of Nepali Kitchen in Essex Junction, will open a Burlington branch of his restaurant this spring at 1130 North Avenue in the space currently occupied by Pho Nguyen.

That restaurant will close at the end of April after about five years in business. "We're taking a break and moving on to something else," said its owner, Phuong Lam.

Khadka will take over the building's lease in May and open Nepali Kitchen soon thereafter, depending on when he gets his liquor license, he said. Like the restaurant in Essex Junction, which he opened in July 2016, this one will specialize in Indian cuisine. It will also serve Nepalese street food such as noodle dishes with choices of pork, chicken, vegetables or shrimp.

"I'll be picking all the popular items off my menu in Essex and adding street food and bar items," he said.

Khadka, 27, will own the restaurant with his uncle, Bishnu Khadka. A 2010 graduate of Burlington High School, the younger Khadka said he is pleased to return to his old neighborhood.