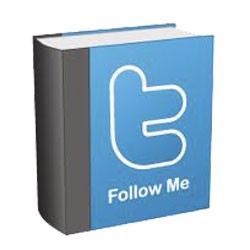 Whether we love it, hate it or prefer to pretend it doesn’t exist for as long as we can, Twitter is changing the way Americans write and read. Thanks to it, we now have access to the stream-of-consciousness narratives of such unlikely wordsmiths as Courtney Love, Kim Kardashian and Sarah Palin. Twitter turned a twentysomething slacker who wrote down shit his dad said into a best-selling writer with a sitcom deal. It inspired a volume called Twitterature, which retells classic books in 20 tweets or less.

True, most “real” writers have so far declined to serve their muse in bursts of 140 characters. But in November 2009, bona fide literary author Rick Moody, of The Ice Storm fame, wrote a short story in 153 tweets (posted hourly) for the journal Electric Literature.

When I interviewed Moody last fall, he said he’d enjoyed the experience of crafting Twitfic but wasn’t eager to repeat it. “The story ... suggested what I hoped it would suggest, which is the weird brutality of trying to carve our life into 140-character chunks,” he told me.

Brutal, sure — especially for a guy whose last book ran more than 700 pages. Still, 153 tweets sounded like a generous length to me. I couldn’t help wondering — is it possible to tell a story in, say, 10 tweets? Could a 10-tweet story make sense? Would it stretch a writer’s powers of Hemingway-esque verbal economy to the limit?

I gave it a go — and then I recruited some local Twitter-savvy writers and asked them to try the brutally brief 10-tweet story, too.

Here are the results. Some of us will be tweeting them — with extra tweets to make room for the hash tag #7dtwitfic — in days to come.

Two Out of Three Ain’t Bad By Selene Colburn (@selene_colburn)

Selene Colburn is currently an artist in residence at Burlington Dances, where excerpts of her work-in-progress “The Hall” will debut February 26 and 27. She is also a writer and librarian.

I’m working my last shift in the dining hall. Behind me the tiny radio is playing Meatloaf. I want you. Ham slice. I need you. Peas.

The way they looked holding hands, his thick green sweater, her dark red hair pulled back: like fucking tree ornaments.

I know he’s inside her right now and I can remember exactly what that feels like. How he takes his time, balanced on those skinny arms.

I pack everything that will fit into a suitcase, and then keep going until the bed is stripped and the walls are bare, just in case.

I buy important French cigarettes, the kind that stink, and smoke them the whole drive home. My stomach hurts.

First thing that happens when I get there is that Seth calls and asks me to come out, like he knows. Turns out my mom tells him shit.

“Your eyes are really pretty,” he says, once we’re Boone’s Farm drunk and reliably close. “Not pretty enough,” I brood.

Under the stairs in the mall, I’m so tanked each shopper momentarily blurs into a pair of twins as I eyeball them through the slats.

I lean forward and retch, right there, while Seth pulls my hair back and strokes my neck and whispers in my ear, “Merry Christmas.”

Meeting Eli at the St. John’s Club after work. Eli, of all people! He’s not working. Just got back. Me: From where? Eli: Long story.

At the club. Eli: Bourbon. Me: Irish. Like old times. Five years out of touch, we calculate. Why? Email! Skype! Etc.! Eli: It’s complicated.

Eli’s in the john. I recall the day he bailed. The weapons firm took my bid to design their annual report. Glossy stock, hi-res, top dollar.

It’s noisy with the karaoke crowd in the house. A girl sings Nancy Sinatra while Eli argues about Obama with a guy the next table over.

Outside the club. Some shoving around the flagpole. No one really wants to fight. Bartender shouts from the door: Get the hell back inside.

Eli and I need fresh air. Pleasantries. My folks — fine. His mom’s good. I do the math: His sister, the soldier, has been dead seven years.

Eli: No. Family. It’s complicated. He looks at me. Me: Why’d I take the job? Girlfriend was pregnant. Eli: Was? Me: We have two kids now.

Back inside, we sit at the bar facing the lake — a stunning view in summer. It’s December. A patron sings Neil Diamond: “I am,” I cried.

Yeah, I’ve been there. It’s just like they say. Time vanishes, sounds recede. You move so smoothly you might be liquid, while

everyone else lumbers, scowling, all elbows, heads jerking with each step. Solid objects pale; you feel you could walk through walls.

Yeah, you can tell good from evil, right from wrong, at a glance. It’s not so much like Judgment Day, sheep and goats, right and left hand;

what’s wrong is somehow ugly — not sinful, just good energy gone to waste. Truth is beauty, as they say, and light; shape is rhythm.

The steady nodding of the ash tree in the breeze, both complex and serene, expresses everything. Fear seems absurd; what could harm you?

The only part the Buddhists got all wrong is nothingness, detachment. It’s more like tenderness. You could stroke the world like fur.

The catch is, it doesn’t last. If you’re lucky, maybe half an hour. It’s worse if it goes on: You start to think, That’s it. I’m blessed.

But no. You’re always going to be like the guy with cardiac arrest, rising above the scene, amused at all the fuss, the fists pounding

on his chest, the lights, the EMTs with all their gear — but all too soon he’s sucked back down, staring up at ceiling tiles,

panic in the air so thick he feels it on his tongue, some stranger in his face yelling, “Do you know where you are? Do you know what time it is?”

Margot Harrison is an associate editor of Seven Days.

The old house looms. A B&B these days, with cabbage-rosed sofas. The stranger checks in; heads for the pub, all dark oak and dust.

A dude is wiping glasses. His bulgy, ethereal eyes set off déjà-vu. B-movie actor? No! She grabs her Penguin; sees Severn’s drawing.

John Keats! A scholar, she spots dead people everywhere. For fun, she recites some of the great poet’s verse. “When I have fears...”

“So,” she says, playing along. “You took the first opportunity that presented itself. Was it like an Anne Rice novel?”

“Sadly, no,” Keats replies. “I’m not one of those tormented undead who eschew human flesh in favor of rats. They’re a myth.”

This educated woodchuck is having her on, but she asks anyway, eyes burning. “You died at 25. What have you written in nearly 200 years?”

He turns away to gaze into the cloudy mirror, sans his reflection. Then places a very clean glass before her. “Nothing.”

She knows what he’s going to say before it comes. “Without the fear of death,” he tells her, “no one can write.”

Chris Bohjalian has published 13 books. His latest novel, Secrets of Eden, is due in paperback on February 1, 2011.

Philip was in a hotel playing The Shining. You know, it’s night and you’re alone in a long corridor. You stare back and look for dead twins.

Usually, the game lasts five seconds — the time it takes to swipe your hotel room key in the slot. Not that night. He swiped and … nothing.

And this was the perfect Shining corridor. The wallpaper, the paneling, the two sconces — one of which flickered — screamed dead people.

And he was alone. No sign of life at all on floor 7. He put down his bags with his girls’ Christmas presents to try to swipe perfectly.

He’d been traveling forever. But if his planes were on time and the TSA didn’t want a little somethin’ somethin’, he’d be home soon.

He realized it was the key, not his swiping. He needed to get a new one. He’d played Shining long enough and scared himself. Redrum. Sheesh.

When he turned toward the elevator, however, he saw he wasn’t alone and his heart skipped a beat. The first sconce went dark.

Two women were there, their faces masks of worry. “You left the stuffed koalas you bought,” said one. He recognized them from Toys “R” Us.

He smiled, relieved. Not girls. Not dead. Seasonal sales help. But when he blinked, they shrank and shriveled and the walls grew red.

Margot Harrison is an associate editor of Seven Days.

$87. That was Della’s current checking balance. The “working artist” thing hadn’t worked out too well for her, and tomorrow was Christmas.

She fetal-positioned on the futon. Jim had been paying the bills with his shit job, and he deserved something good.

She glared at the black monolith of the Xbox 360, the only thing in their apartment that didn’t come from Goodwill or their parents.

Jim craved a new game. When he returned from 10 hours of data entry, all he really wanted was to splatter the brains of virtual zombies.

It was lame. Lame! He was such a kid. Della rolled her eyes and pulled out the employment ads.

Starbucks in the mall was hiring. She rushed over and filed an application. Desired hours? “Anything,” she wrote. They said: “January 2.”

She thought of the in-process triptych in their spare room. The light flooding through the windows. When would she finish it?

Hold on to your college dream too long, and you’re a slacker. She loved Jim when he played like a kid, racking up levels. She loved Jim.

She came home with the game and a Visa slip. Said to Jim, “I’m a productive member of society now.” Then: “Where’s the Xbox?”

“Er,” he said, “I sold it to make a down payment on your present. Just a little rented corner of a shared studio space with real light.”