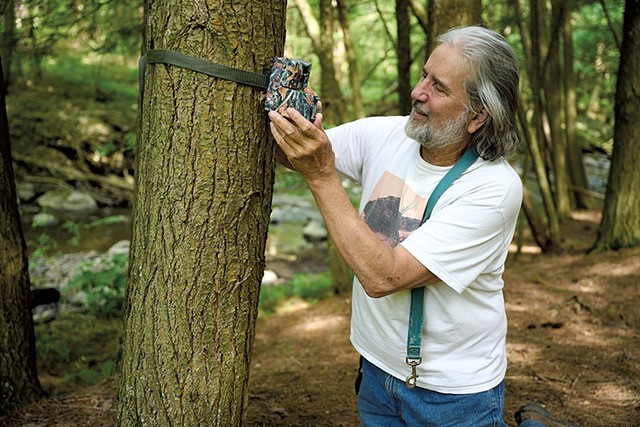 Hundreds of turtles that ply Vermont's woods and waterways have something in common: They were hand-raised in Steve Parren's Monkton living room at some point during the 30 years when he ran Vermont's Nongame and Natural Heritage Program.

Parren, who retired May 8, is a biologist with an affinity for all species, including birds, reptiles and plants. And that extends to humans.

He's credited with helping his program win buy-in from policy makers who in the 1980s were largely unfamiliar with the idea of conserving nongame species in the interest of biodiversity. And his colleagues commend him for recruiting volunteers who still spend hundreds of hours monitoring the recovery of peregrine falcons and loons.

Parren himself has been monitoring the Pond Brook wood turtle population near his home since 1984, hatching hundreds of turtles — and rehabilitating others — at home. The work has brought him a measure of fame in Vermont.

"Steve has been instrumental in bringing about a transformation in the department and a public focus to the conservation needs of all species," said Bob Popp, the state botanist at the Vermont Fish & Wildlife Department and Parren's colleague since the early 1990s.

"All of the species deserve a little piece of the pie. That has become my pitch." Steve Parren tweet this

It's not long ago that the state paid bounties for killing Vermont wildlife, including rattlesnakes, bobcats and birds of prey. The concept of nurturing an intact ecosystem that would enable all animals to survive started to get attention in the 1920s, said Fish & Wildlife biologist Jon Kart.

"But there wasn't a mechanism or entity whose real focus was: What is out there, how is it doing, and what can we do to help it?" Kart said.

The Nongame and Natural Heritage Program was the answer. Public interest in the environment had been growing since the 1960s, and in the '70s the Fish & Game Department was renamed Fish & Wildlife to reflect concern for the 99 percent of species not being fished or hunted. Vermont's ecosystem includes more than 200 species of native mammals, birds, reptiles and fish. Fishing and hunting license fees paid the department's way back then.

The Nongame and Natural Heritage Program documents the status of species and natural communities, information that guides Fish & Wildlife's conservation efforts. It focuses on animals that are not hunted or fished and is charged with protecting the plants and animals on the state's endangered species list, which includes eight amphibians and reptiles, 10 birds, eight mammals, and 150 plants. 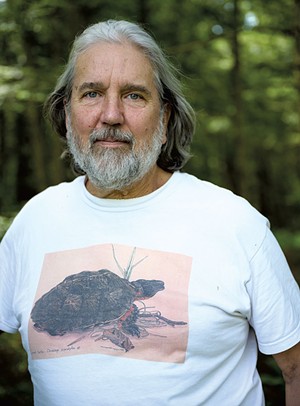 Parren spent hours of his own time, day and night, on the shores of Lake Champlain protecting the small populations of endangered nesting turtles, such as the eastern spiny softshell turtle. He put screens over their nests to keep predators out, fenced off areas where the nests were buried, and shot raccoons that were raiding the shoreline for turtle eggs. Although Parren's living-room turtles get the most attention, said Kart, "there are thousands of hatchlings that survived because of what he did to keep those nesting areas safe."

Meanwhile, his skill with the human species helped him navigate a shifting public policy ecosystem to ensure his program's survival. Parren was a key advocate for the Vermont conservation license plate, established in 1995, and the donation checkoff on income tax forms, established in 1986. Both raise money for the program.

"Steve fought and pushed and collaborated in many ways to make sure his program was doing cutting-edge science, was getting that information out to the public and to elected officials and other decision makers," said Kart, "and stood behind his division even when attacked by folks that didn't like the implications of his findings."

Those were the days when species protection halted the construction of hydroelectric dams out West, noted Sally Laughlin, who cofounded the Vermont Institute of Natural Science and who worked closely with Parren for decades as a citizen member of the state's endangered species committee, which advises the secretary of natural resources on whether to list or delist endangered species. Such construction holdups prompted a wave of anti-conservation sentiment everywhere, including Vermont.

Parren steered the program through a half dozen administrations in Vermont. Their enthusiasm for endangered-species work varied.

"Good intentions and enthusiasm and even biological skills are not the only thing you need to have a successful nongame program and endangered species program," said Laughlin. "It had to run through public hearings and the various state requirements, and Steve set it up so it ran smoothly. And we didn't just list a species; we developed a recovery program."

He said he learned how to explain the value of saving a little-known species to people who hadn't thought through the overall benefits.

"It's like the rivets in the plane," Parren said. "You lose a couple of rivets, the plane is probably still going to fly. You lose too many, and you're going to have a bad landing."

Some opponents worried that by focusing on nongame species, the state would stop protecting the population of game species such as deer, moose and bear, Parren said. But he doesn't think that happened. It's all about perspective, he noted.

"People care about wildlife. But if you're making a living off the land, you have to make different decisions," he said. "A farmer is going to mow his fields; that's how they make a living. You have to respect that."

Parren, who grew up in Suffield, Conn., earned a bachelor's degree in natural resources conservation. He headed west to work with seals in Alaska, and then to Washington State for a job with the Forest Service. He returned to the Northeast for a master's degree program at the University of Vermont in 1979, joined Fish & Wildlife in 1987, and became head of the Nongame and Natural Heritage Program in 1991. It's now part of the state's Wildlife Diversity Program. 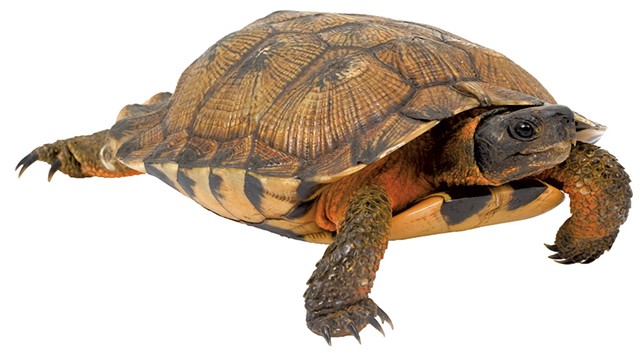 Now that he's retired, he's not sure what his next move is going to be. He's enjoying the break from work, though he still checks in on the Pond Brook turtles.

Both of Parren's daughters grew up helping with turtle protection, and one of them, Molly Parren, is now a biologist who works for the American Turtle Observatory, a network of turtle scientists based in New Salem, Mass. She and her father coauthored a scientific paper about turtle hatchlings in Vermont that was recently published in the journal Herpetological Conservation & Biology.

Molly said she was just a child in 2003 when Vermont Fish & Wildlife seized 20 turtles that had been illegally trafficked. Officials asked the Parren family to care for most of them until they could be released back into the wild.

"It was so fun for me," she said from Massachusetts, where she was doing fieldwork on a turtle project. "I made a spreadsheet of turtles with their names, which was great training for becoming a biologist later on. Who knew there were so many spreadsheets involved?"

Laughlin said that despite early struggles, the program's goals have been accepted widely in Vermont for at least a decade. And the public is noticing results.

Osprey and peregrine falcon numbers were so perilously low in the 1980s that it was unclear whether they could recover, Kart said. By 2005 they had been taken off Vermont's endangered species list. And this year, the bald eagle is expected to be delisted as well.

But the work is far from over. Vermont keeps the location of the state's two remaining rattlesnake population centers, in Rutland County, under wraps so that the snakes, which are on the state's endangered list, aren't harmed. The department passes out refrigerator magnets to people who live near rattlesnakes with the phone numbers of trusted members of the public who can return snakes to the wild.

"We have a wonderful life and landscape here in Vermont," said Parren. "All of the species deserve a little piece of the pie. That has become my pitch."