Truancy Enforcement Is Difficult and Uneven Across Vermont 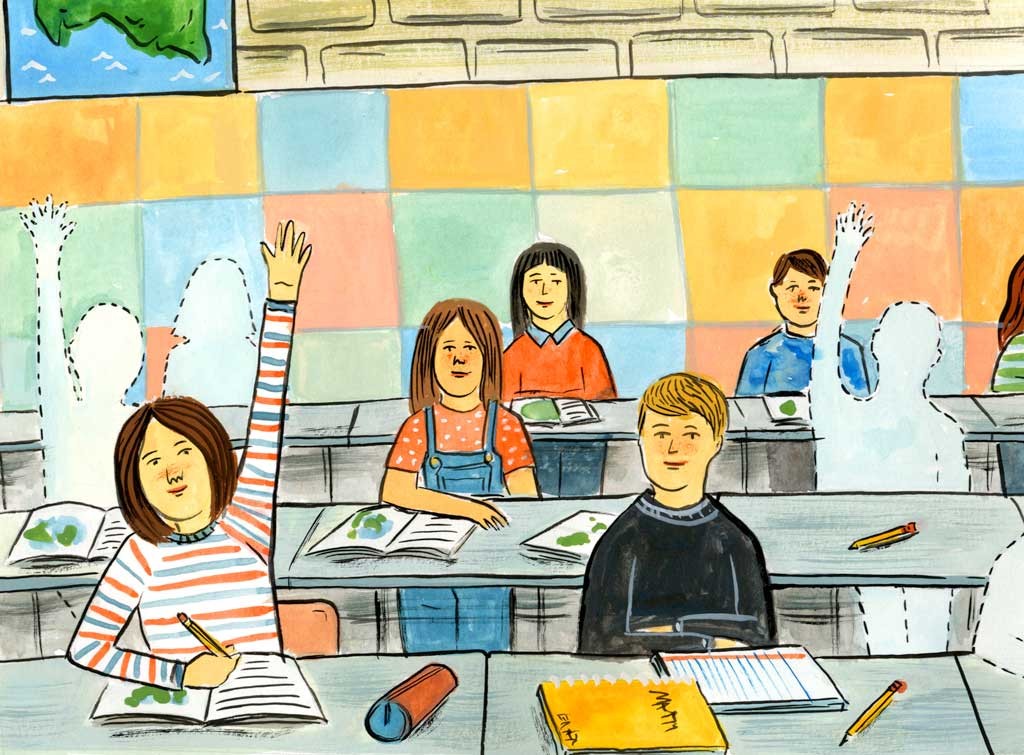 In his 27 years as a teacher at Bellows Free Academy in St. Albans, Neal Smith says he hasn't seen much improvement in the problem of truancy — children failing to attend public school. For example, he knows of a 14-year-old student who's missed at least three quarters of the school year to date. The girl's chronic absences aren't due to a severe illness or family tragedy; Smith says her family either can't, or won't, get her to school.

Smith won't identify the teen by name but virtually everyone involved in truancy prevention in Franklin County — school administrators, community justice advocates, the state's attorney, and caseworkers at the Vermont Department for Children and Families — appears to be familiar with the case. Smith says he and his colleagues feel "a high degree of powerlessness" to do anything about it.

"What the hell happens when you have a 14-year-old kid who stays home 60 out of 80 days? Pretty much nothing," Smith says. "It's not like I want kids put in jail. I want them in school. But the law has no teeth."

What sounds like a worst-case scenario is actually "not uncommon with a subset of students," according to Marc Wennberg, director of the St. Albans Community Justice Center. During the 2011-12 school year, more than 1,800 students in Franklin and Grand Isle counties each missed more than 10 days of school, including 680 students who were absent more than 20 days.

One year ago, Wennberg helped launch the Franklin and Grand Isle Truancy Response Project, a federally funded collaboration among five supervisory unions, the St. Albans Community Justice Center, the DCF and the locally designated mental health agency, Northwestern Counseling & Support Services. Its goal is to find truant kids in grades 1 through 8 and try to re-engage them and their families with the school system — using a whatever-it-takes approach — before their cases end up in court.

Chittenden, Rutland and Lamoille counties have had anti-truancy programs for years — and, not surprisingly, graduation rates in those areas are improving. Chittenden County also has a family court docket and prosecutor specifically devoted to truancy cases.

At what point does the state consider a student truant? Currently, Vermont has no universally accepted standard. Some districts differentiate between "excused" absences — such as those resulting from illness, bereavement, family vacations or religious observances — and "unexcused" ones. Others count an excess of both excused and unexcused absences as grounds for intervention, often in the form of a mandatory meeting with administrators, DCF caseworkers and other social-service agencies.

In 2009, Vermont's then-Department of Education directed all the state's school districts and supervisory unions to adopt clear and consistent truancy policies countywide that would begin in the 2010-11 school year. Following DOE's guidelines, most schools will now send letters home to parents after no more than 10 absences and will file paperwork with DCF and/or the county's state's attorney after no more than 20 absences.

How well has that worked? It's difficult to assess, partly because no one at DCF or the Vermont Agency of Education oversees truancy cases or even tracks the figures. But according to teachers, administrators, prosecutors and other experts interviewed for this article, truancy remains as intractable as ever — in part because it's usually a symptom of larger problems in a child's life. Those can include mental illness, emotional or behavioral problems, drug and alcohol abuse, domestic and sexual violence, homelessness, and neglect.

Notes Deputy State's Attorney Andy Strauss, who's handled Chittenden County's truancy docket for the last five years: "These are very difficult cases. With truancy, you don't know what the problems are until you start to unpack them."

Under current policy, Franklin County schools are supposed to send a letter home to parents after five unexcused absences, requesting a meeting with administrators and counselors. After 10 unexcused absences, a second meeting is called, this one involving DCF and local social-service providers seeking the underlying causes of the unexcused absences. If the problem persists, only then will the school file a legal affidavit with the state's attorney to involve the judicial system.

That front-heavy system is one reason there are so few truancy cases in his county, according to Franklin County State's Attorney Jim Hughes. Another is that a child's long-term absence from school may be wrapped up in more serious and complex family or criminal issues, as is the case with the 14-year-old who's missed most of this school year.

Lastly, in hard-core truancy cases, Hughes says, "by the time we get into court, we really don't have the teeth to enforce getting the kid to go to school."

Why? If a child is under 16, Hughes can file criminal charges against the parents for not complying with Vermont's compulsory education law, but that offense carries no more than a $1,000 fine. And even at its speediest, he says, the criminal justice system typically won't bring a misdemeanor case to trial in fewer than six to eight months. By then, the length of an entire school year has passed.

Hughes' only other option is to file a CHINS — child in need of supervision — petition in family court, alleging that the child is either beyond the parents' control, or lacks parental support. In either case, he says, the end result is usually the same.

"We don't lock kids up. We can try to put them in foster care, but foster homes are a rare commodity," Hughes says. "I've had judges say, 'I am not going to remove a child from his or her home just because they're not going to school.'"

Jamie Seeholzer's goal is to make sure her clients never reach that point, even it means showing up at their homes at 6 a.m. to help brush their teeth, get them dressed and fed, then drive them to school and sit in the car until they go inside.

Seeholzer is neither a nanny nor a social worker. She's a part-time truancy specialist with the Franklin and Grand Isle Truancy Response Project. When it comes to the whatever-it-takes approach, she's where the rubber meets the road.

Seeholzer was hired at the program's launch and began working directly with students and their families at the beginning of this school year. Though she had expected to get referrals after kids missed 15 days of class, due to the volume of truant students, she says she typically doesn't see clients until they've missed 40 or more days of school. Students are supposed to be in school for 175 to 180 days each year.

Initially, Seeholzer expected to have a caseload of six to eight kids at a time. But due to the intensive nature of the work — she can spend as much as four hours a day with just one child and family — her team, which meets once a month, now identifies just one or two "heavy hitters" for Seeholzer to work with.

Seeholzer has observed many of the common causes of truancy, such as substance abuse and mental health issues, but points out that many cases don't conform to the usual stereotypes about juvenile delinquency, heroin addiction or abusive parents.

For example, she says some kids don't go to school simply because they worry about bullying or poor performance in the classroom. Sometimes, the parents lack basic time-management skills and can't get their kid on the school bus each morning. In other cases, the student doesn't mind attending school; it's the parents who are distrustful of the school system.

Seeholzer says she tries not to focus on past conflicts but on "turning the page" on those fractured relationships. Because she's not a school employee but is contracted through Northwest Counseling and Support Services, she says many families see her as a constructive third party who's not there to take sides or mete out punishment. Because she's not employed by the school district, Seeholzer has the freedom to do things — such as enter a home and drive the kids to school — that teachers and guidance counselors cannot.

Technically, Seeholzer's position is only 20 hours per week, though she admits she works far more than that. And, because the number of truant students far exceeds her capacities, she says "we could use 17 of me" to handle all our referrals. Currently, she's the only one doing her job.

Yet despite the obvious need, the future of Seeholzer's job — indeed, of the entire truancy response project — remains uncertain. According to Wennberg, the program is only funded through the end of December.

For his part, Smith says that while he was glad to see the Truancy Response Project finally get up and running this year, he points out that it'll do nothing to help the 14-year-old girl who's already missed more than 75 percent of the school year. As a ninth grader, she's outside the parameters of the truancy project's targeted population.

"I think the state of Vermont is turning its back on high school kids and their families," he says. "Is this the best we can do? I hope not."