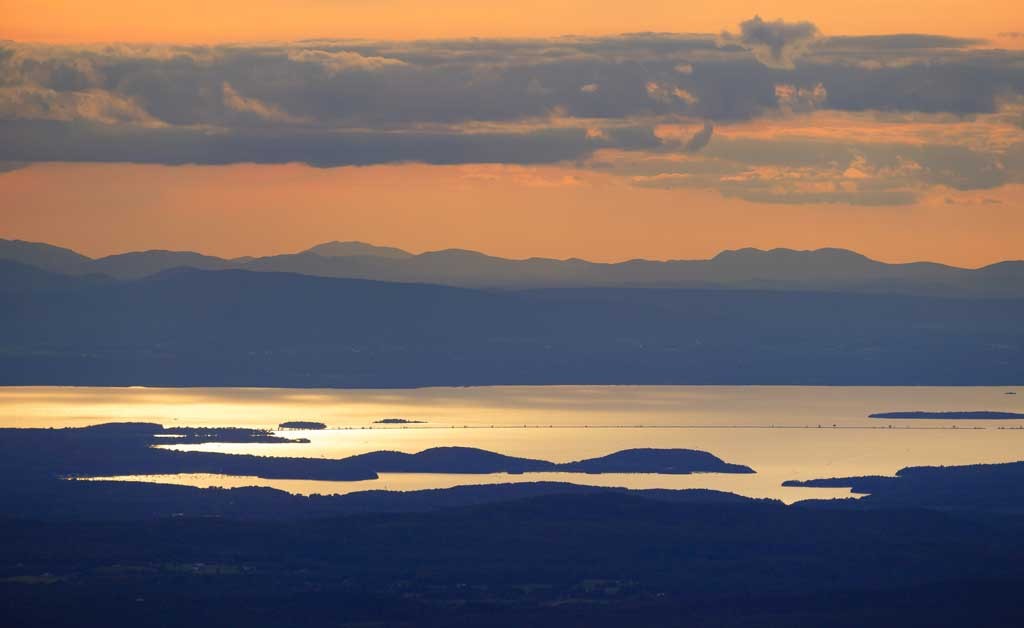 Since returning to state politics in 2007, Peter Shumlin has spoken clearly, compellingly and often about the perils of climate change. Back in 2010, when he ran the Vermont Senate, he led the charge to shut down the Vermont Yankee nuclear power plant. As governor, he's been a tireless champion of the renewable energy industry.

So why, as Shumlin nears the end of his second two-year term, are Vermont environmentalists getting on his case?

In short, they don't think he's put his money — or, more accurately, the state's money — where his mouth is. That's especially true, they say, when it comes to reducing the flow of phosphorous into Vermont's rivers and Lake Champlain, where toxic algae blooms have taken hold.

Last week, when the Shumlin administration submitted a new draft plan to the Environmental Protection Agency to tackle the problem, those environmentalists stepped up their criticism.

It was Kilian's organization that prompted the latest back-and-forth with the feds. After CLF sued the EPA in 2008, the agency threw out Vermont's water-quality plan in 2011 and demanded a stronger one. But Kilian and his allies say Shumlin's latest proposal still relies too heavily on educational and voluntary measures, while it lacks sufficient regulatory resolve and defined funding sources.

Further unnerving environmentalists last week was the governor's statement at a press conference that "we shouldn't raise Vermont money until we get every penny that we can out of the federal government."

Vermont Natural Resources Council executive director Brian Shupe disagrees. He argues that the administration should stop "kicking the can down the road" and invest in its waterways now.

"The governor is often, from a rhetorical standpoint, a strong advocate for the environment," Shupe said. "But these indications that we're not going to fund state programs to clean up the water is a reason for concern that he's not committed to doing that."

In February, the legislature tried to force Shumlin's hand. It passed legislation calling on the administration to identify, by April 15, "five priority actions" the state must take to clean up Lake Champlain — and two proposals to fund those efforts.

"It was an expression of legislative frustration," explained Rep. David Deen (D-Westminster), who chairs the House Committee on Fish, Wildlife and Water Resources.

Two weeks ago, Shumlin allowed the bill to become law without his signature, though his staff indicated he simply would not comply with it.

According to spokesman Scott Coriell, the governor "agrees with the sentiment and purpose behind the bill" but found the bill's deadline "unworkable."

"Rather than veto an otherwise acceptable bill, the governor took the action he did with the understanding that the legislature plans to amend the deadline to a later date," Coriell said.

But Shumlin's refusal to veto a bill he plans to ignore struck some as supremely cynical — particularly following his refusal last year to comply with a legislative mandate to identify how he'd finance his proposed health care reforms.

To Vermont Conservation Voters political director Lauren Hierl, it was "just another example of his failure to lead on environmental issues when it comes time to make hard choices and commit real resources to things like cleaning up our state waters."

That's quite a statement coming from VCV, the political advocacy group formerly known as the League of Conservation Voters and now an affiliate of the VNRC.

"I completely understand their skepticism," said Department of Environmental Conservation Commissioner David Mears, Shumlin's point man on water-quality issues. "The state and the federal government, frankly, have, to date, not delivered on promises to address this category of pollution. We're proposing to do something very substantial. But it is a plan, so I appreciate that, from the environmental community's standpoint, they'll believe it when they see it."

By and large, Shumlin's environmental critics tend to praise those he's appointed to top positions in the Agency of Natural Resources — including Mears, who previously represented CLF on unrelated water quality issues.* But they question whether the governor's office has provided those appointees the support they need to get the job done.

"I think that misses the mark," Mears said, noting that, "A, he picked me, and, B, I have not had one single constraint on my recommendations other than what you'd expect from a governor of any stripe."

And not every environmentalist sees the glass as half empty.

"Who was stronger on Vermont Yankee than Peter Shumlin? Nobody," said Rep. Tony Klein (D-East Montpelier), who chairs the House Committee on Natural Resources and Energy.

Whatever problems Vermont's environmental community may have with Shumlin, they pale in comparison to those it has with the Senate Committee on Natural Resources and Energy.

Dominated by opponents of ridgeline wind, the five-member panel has developed a reputation for hostility toward the renewable energy industry. Its chairman, Sen. Bob Hartwell (D-Bennington), pushed for a moratorium on large-scale wind projects, opposed the recent expansion of the state's net metering program and raised questions about the safety of smart meters.

And, as it turns out, he's not convinced that humans are largely responsible for climate change.

"I think what I don't like about the extremists on the climate issue ... is that somehow this is all being caused by human behavior. There is a significant natural phenomenon that is also going on, in my view," Hartwell told Seven Days. "They think if you don't blame it all on anthropomorphic sources, that somehow you don't understand it. And they're just wrong about that."

"To suggest that mankind is causing the whole climate to shift, that's a big reach," he added. "I don't think anybody's ever proved that."

In fact, they have. Less than two weeks ago, the Nobel Peace Prize-winning Intergovernmental Panel on Climate Change released its fifth major report examining the science of the subject. And its conclusions were clearer than ever: "It is extremely likely that human influence has been the dominant cause of the observed warming since the mid-20th century."

But Hartwell doesn't think much of the IPCC, a United Nations-affiliated association of hundreds of scientists.

"I have some concerns about the UN commission on climate change," he said. "They've come out with some pretty extreme statements about what's going on, and I don't know whether they're true or not, but I'm going to reserve judgment."

In Hartwell's view, "There's a lot of science that says it isn't happening the way the really aggressive commentators say it is. There's other very credible people who say it isn't true."

So if humans aren't responsible for climate change, what is?

"This is a common perspective on Fox News, but it is not what one would expect from the chair of an energy and environment committee in any state, much less Vermont," he said. "It helps to explain, perhaps, why the chairman has such a hostile view toward renewable energy development. I guess, in his mind, you can't solve a problem that doesn't exist."

Two days before he lost his job last week as president and CEO of Vermont Public Television, John King warned the station's board of directors they might be personally on the hook for hundreds of thousands of dollars in legal fees.

In an email he sent to board members last Monday, King wrote that the VPT board had racked up $150,000 in legal expenses in January and February as it tangled with King and fought allegations of improperly closed meetings. Describing the legal bills as "exorbitant and unprecedented," King said the board had already spent "more than six times the [station's] annual budget for legal expenses" in just two months.

"Frankly, continuing to spend at the current rate will be financially disastrous for the organization and a public relations catastrophe," he wrote.

What's more, King alleged, a directors and officers liability insurance claim, which could have covered the costs, was denied by the station's insurance company. And after speaking with his own attorney, King said he had come to the conclusion that the station "cannot expend member and taxpayer monies" to pay the board's legal bills, because it had not followed proper procedure when it retained counsel.

Therefore, he wrote, "All members of the board (including me) would share equally in this liability, amounting to personal reimbursement well in excess of $10,000 and just for the first two months of the year."

Two days after King sent the email, he was out of a job.

Last Wednesday afternoon, board chairwoman Pam Mackenzie convened a meeting of the station's staff to say that the board and King, who joined the station in 1987 and became its chief in 1998, had "parted ways." In his place, the board named retired Burlington banker and politico Charlie Smith interim president and CEO.

It remains unclear whether King was fired or accepted a severance package; nor is it clear whether his Monday email played any role in his departure. But while he and the board spent years fighting one another behind closed doors, King's Wednesday exodus was executed by the board without warning, according to several people involved in the situation.

King declined to comment, and Mackenzie refused to say who initiated his departure. The board met privately last Monday — the same day King sent his email — but Mackenzie would not say whether it took any votes.

"We have parted ways," Mackenzie said last week, repeating the ambiguous phrase several times. "It's a personnel issue. That's the information that you're going to get."

In response to roughly a dozen follow-up questions sent to her this week — many related to King's email — Mackenzie called Seven Days and read a five-sentence statement answering none of them.

King wasn't the only one ousted last week. His close ally, chief communications and public relations officer Elizabeth Metraux, was also put on paid administrative leave. Earlier this year, Metraux led a staff-organized effort to rally behind King and call for the resignations of Mackenzie and board vice chairman Rob Hofmann. Metraux also declined to comment.

While VPT's board appears to have won its long-running battle against King, it's unclear whether it won the war.

In addition to the legal fees cited by King in his email, the station could face significant fines from the Corporation for Public Broadcasting, which has been investigating an anonymous complaint that the board repeatedly violated federal open meeting law. Though the board cleared itself of wrongdoing last month, CPB assistant inspector general for investigations Helen Mollick said in an email Monday that the federal entity "is continuing its review of allegations about Vermont Public Television."

Depending on the terms of King's and Metreaux's departures, the station could also be on the hook for hefty severance packages — or prolonged litigation.

Either way, the board might need to organize its own pledge drive.

Disclosure: Paul Heintz is an occasional paid guest on VPT's "Vermont This Week."

*Correction: Contrary to a previous version of this story, Mears represented CLF on water quality cases when he ran Vermont Law School's Environmental and Natural Resources Law Clinic, but he was not involved with CLF's 2008 lawsuit against the EPA.