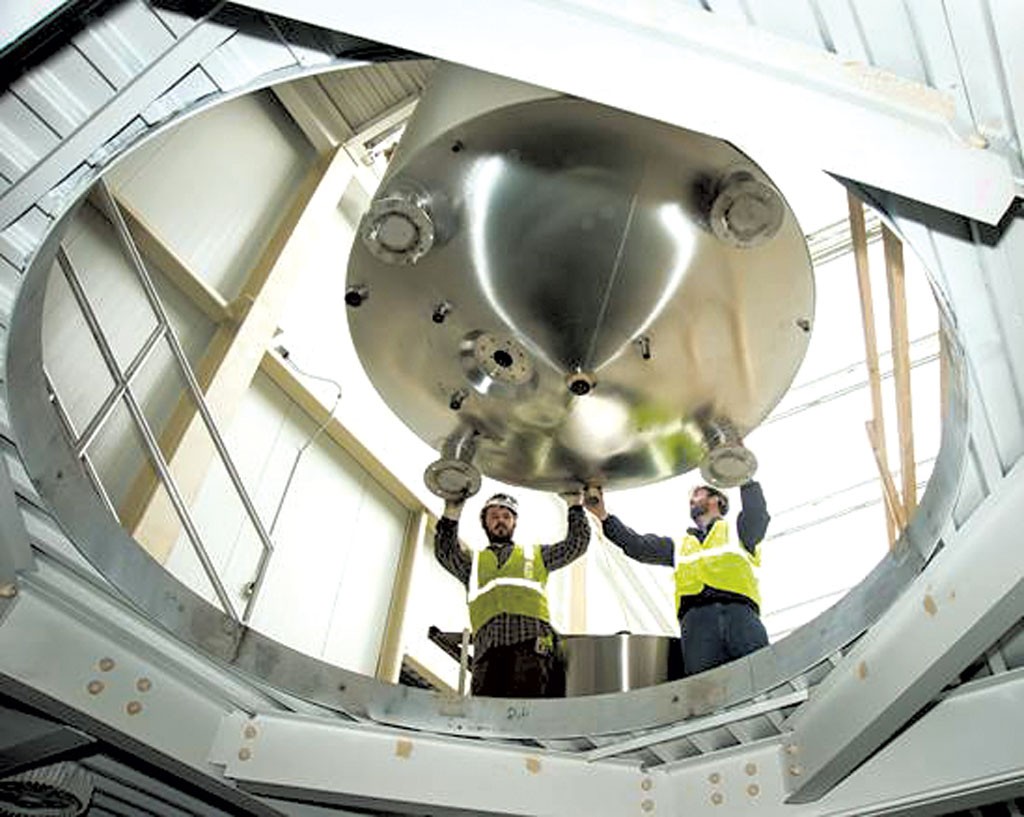 Over the past few weeks, trucks bearing shiny German brewing equipment have been streaming up Luce Hill Road and into one of the new buildings the von Trapps are building on their Stowe property. Though the new and improved Trapp Lager Brewery won't start rolling out new product until later this winter, this week marked a turning point for the project. (The expansion was funded in part by the controversial EB-5 program, which offers green cards to immigrants who invest more than half a million dollars in rural areas.)

This week, executive vice president Sam von Trapp — along with head brewer J.P. Williams and the rest of the Trapp brewing and construction teams — plans to open a hole in the new brewery's roof. Cranes will lower in a 50-barrel brewhouse boiler that, along with new fermenters and lagering tanks, will increase the brewery's production from 2,000 barrels annually to about 50,000 over the course of the next couple years.

Though the new brewhouse is crucial to amping up production, new storage and fermentation tanks are also crucial. German lagers ferment at cooler temperatures, often at half the speed of other beers, and they require weeks of rest in cold storage, called "lagering" (the word "lager" means "storage room" in German). So increasing production relies more on those tanks than on the initial brew itself. "It's a whole new brewery," von Trapp says. "A much larger, much more modern brewery with a much greater capacity."

That brewery is located at the foot of both the Trapp Family Lodge disc-golf course and an extensive network of cross-country ski and mountain-bike trails. Von Trapp calls the placement a "no-brainer," adding, "I love to see people in their ski boots or bike shoes in our brewery; it's so much fun."

Soon those boots will be able to wander into another new building, housing a 150-seat Austrian-style beer hall and garden. Von Trapp says the hall will likely open next summer and offer a mix of traditional Austrian drinking food — much of it grown or raised on the property — as well as meats prepared on a wood-fired grill and fusiony fare designed for the Vermont palate. But before all that, there must be more beer.

"Right now we're focusing on getting the [beer] production going," von Trapp says. That means expanding the distribution of Trapp's flagship Helles, Vienna, Dunkel and Pilsner lagers — as well as its regular seasonals — into New Hampshire and Massachusetts, and getting the beers into cans and bottles for retail sale.

The original print version of this article was headlined "Changes Brewing"