Towns Across Vermont Are Beginning to Regulate Short-Term Rentals 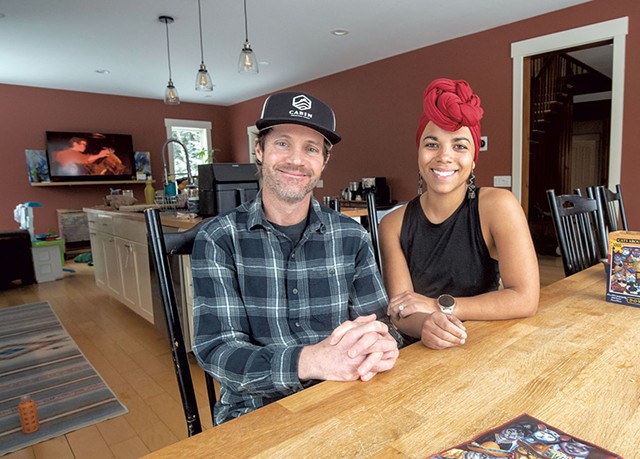 Listen to this story read aloud:

When Moriah Stokes and Vincent Connolly purchased a second home in Morrisville in 2017, they already had plans to list it on Airbnb.

The couple were living in Colorado at the time, and Stokes, who grew up in Morrisville, wanted to be able to visit her family without staying in a hotel. Renting out the home meant the property didn't sit vacant, and it provided some extra cash. When the couple decided to move back to Vermont in 2019 to raise their three young children, the home was waiting for them.

Stokes and Connolly acknowledge that they benefited hugely from their short-term rental. "Vincent was like: 'I want to have 10 of these. I want to have one in every ski town,'" Stokes said jokingly.

But when Stokes and Connolly settled in, their opinion of short-term rentals changed. Morrisville is just north of Stowe and the Stowe Mountain Resort, making it an ideal place to convert single-family homes and apartments to short-term rentals. After watching vacation rentals proliferate in their neighborhood, the couple became staunch supporters of a successful effort last year to impose limits on short-term rentals in the village.

"I would rather keep the community and lose my investment." Vincent Connolly tweet this

According to AirDNA, a Denver-based company that tracks the short-term rental industry, 157 of Morrisville's 1,078 housing units were active rentals through either Airbnb or Vrbo in 2021 — and the number was growing by 7 percent per quarter.

Stokes, who moved back to Vermont largely because of the sense of community she remembered from her youth, said it's been hard to watch her hometown change so rapidly. "I would rather keep the community and lose my investment," Connolly said.

Stokes' and Connolly's evolving views capture both sides of the impassioned argument in a growing number of towns across Vermont. Neighbors and some policy makers say the conversion of housing to vacation rentals has deepened Vermont's housing crisis and eroded the character of communities; they want to regulate and limit short-term rentals. But short-term rental owners say they count on the income from their properties to make living in Vermont more affordable. They argue against limiting the business.

According to Vermont Short-Term Rental Alliance, at least 14 communities already have taken steps to regulate the practice.

At the state level, regulation has met pushback: Gov. Phil Scott vetoed a bill that would have established a statewide registry of both long- and short-term rentals in 2021. Last year, under pressure from the governor, lawmakers scrapped the idea. Now it's back. This week Senate legislators plan on releasing the first draft of an omnibus housing bill that will include provisions for data collection on short-term rentals.

In August 2022, roughly 9,757 homes, or 3 percent of Vermont's total stock, were being consistently used as short-term rentals, according to the Vermont Housing Finance Agency. That's up from 2019, when the count was only about 5,300 homes. In Lamoille County, home to Stowe and Morrisville, closer to 9 percent of the dwellings are being used for temporary stays.

"Short-term rentals are considered to be a blessing and a curse," said Ted Brady, executive director of the Vermont League of Cities & Towns. Brady has noticed more discussion about short-term rentals in selectboard meetings across the state. But the issue is different in every community, and he argues that the solutions must be customized.

Killington and Chester, for example, have opted for requiring short-term rentals to register with the town, a first step intended to monitor the number of rental conversions.

"Rather than do nothing, we'll take a sort of crawl-walk-run approach," explained Hugh Quinn, chair of Chester's planning commission.

Greensboro planners have pursued a similar strategy. The town planning commission in October recommended creation of a short-term rental registry. The bylaw is awaiting a public vote this Town Meeting Day.

"The feeling is that we don't have a problem right now, but we want to get our arms around how large the situation is," said Kent Hansen, chair of the town's planning commission.

Other communities have gone further. Since August, Burlington landlords have been largely limited to owner-occupied short-term rentals, with some exceptions. In Londonderry, restrictions are in development to address both the effect of short-term rentals on housing stock and concern about loud "party houses."

Roughly 9,757 homes, or 3 percent of Vermont's stock, were being used as short-term rentals. tweet this

In Woodstock, the planning department is committed to comprehensively regulating short-term rentals. Tackling the acute housing shortage is a top priority, according to planning and zoning director Steven Bauer. Every short-term rental in Woodstock has to go through a conditional approval process, and owners of properties in the Village of Woodstock are allowed to rent out rooms no more than six times per calendar year, with the exception of foliage season. Last year, the selectboard approved a program that pays landlords to convert short-term rentals into long-term ones. So far, though, there have been no takers.

Not everyone is thrilled about the rental regulations. Julie Marks, founder and director of Vermont Short-Term Rental Alliance, noted that short-term rentals provide Vermont owners with income to cover expenses, from paying their taxes to funding their retirement.

"I think people forget that these are people, that these are their neighbors," Marks said. Data show that most short-term rentals are, in fact, mom-and-pop businesses. According to Transparent, an international vacation rental data analyzer, roughly 75 percent of Vermont's vacation rental owners in 2021 had only one or two short-term rental properties.

In Morrisville, though, town planning director Todd Thomas said he felt urgency in setting some boundaries. "It was clear to me that if we didn't get it this time, I didn't think we were going to be able to put the genie back in the bottle," he said.

The Morrisville Planning & Zoning Department has focused on short-term rentals and housing development to answer what Thomas called a "rallying cry" from the community for more housing stock.

He cited neighboring Stowe as an example of what can happen if short-term rentals remain unregulated. "If you go to Stowe in the shoulder season, there's a lot of houses that are empty," he said. "We don't want to be like Stowe in that regard. The intention here is to protect our neighborhoods."

That's been a challenge. The community of 2,210 has about 450 apartments under construction right now — the fastest housing growth it has ever seen — but Thomas said it's not enough to offset the loss of units to short-term rentals and the need for long-term housing.

Since 2017, Morrisville has restricted short-term rentals in the downtown area, but last year those rules were expanded to the entire village. Effective December 2022, residents can only have one short-term rental unit, and it must be their primary property. They must also comply with town-wide occupancy limits and fire inspection requirements. Those already operating multiple short-term rentals were grandfathered in.

Todd said the regulation provoked heated discussion. Planning sessions are usually held in the municipal offices, but for meetings involving short-term rental regulation, the commission had to rent out a tent to fit the more than 130 residents who turned out. 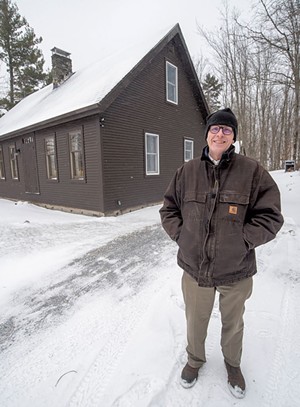 Stokes and Connolly were leading voices for regulation. One voice on the other side was Lamoille County Sheriff Roger Marcoux Jr., a Morrisville resident. Marcoux told Seven Days that he purchased a property in 2021 to use as a short-term rental to help pay for his children's college tuition. When Marcoux heard talk of short-term rental regulation, he was worried: "We had a plan and were a little unnerved that all of a sudden the rules were going to change," he explained.

Marcoux is likely in the minority, according to a survey of 573 Lamoille County residents conducted by the Working Communities Challenge, a statewide initiative supported by the Federal Reserve Bank of Boston. Asked whether the area lacks housing options, 82 percent of those who responded cited a shortage of long-term housing in the area; 67 percent believed their town should have a short-term rental ordinance.

Today, Stokes and Connolly lament that most of their neighborhood has become Airbnbs. Out-of-state vacationers use the units some of the time; otherwise, the houses are dark in the evenings.

"The tidal wave is coming to Morrisville in some neighborhoods, like it has in my own," Stokes said. "Maybe, though, the wave has already crashed."

Speaking of Our Towns, short-term Rentals