Towering in the NEK: In Irasburg, One Home is a Castle | Real Estate | Seven Days | Vermont's Independent Voice

Towering in the NEK: In Irasburg, One Home is a Castle 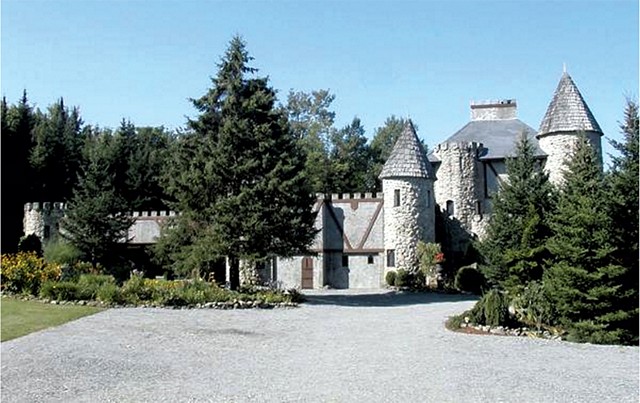 In 1989, Harv and Sara Gregoire bought 20 acres of land in Irasburg after spending only one day in the tiny town. The couple, who then lived in Germany, didn't know how harsh Vermont winters can be. They didn't realize how close Irasburg is to Canada. And they had no idea that the region they'd decided to call home is known as the Northeast Kingdom.

Perhaps it was kismet that the kingdom's newest residents planned to build not a house but a castle. Working with their own hands and from their own design, the Gregoires built a 3,000-square-foot Bavarian-style castle, complete with four towers and a moat.

The Irasburg Castle, which took seven years to finish, has become something of a local landmark in a blue-collar town that has been adversely impacted by the dual declines of family dairy farms and the local timber industry.

Recently the Gregoires faced a new challenge: finding a buyer for their unusual home; the couple is moving to New Mexico. After advertising the place for five months, they received an offer in early March. 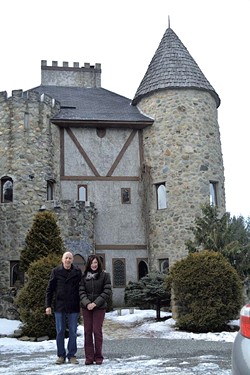 Harv is a retired Navy commander and college professor who spent much of his life moving around the U.S. and teaching in Europe. He met Sara there.

Living together in Germany, the Gregoires were enchanted by the castles that dotted the landscape, and they vowed to live in one of their own someday. "Every time we got there, we stopped and drooled for 10 minutes," Harv said of one particular favorite.

Inveterate adventurers, the couple knew they wanted to move back to the United States but were open to settling almost anywhere, provided the place felt right.

They considered northern Minnesota and checked out Maine and New Hampshire. Driving through Vermont, they fell in love with the landscape.

"The more we drove north, it got prettier and less expensive," Sara said.

In Irasburg, the couple found a gorgeous tract of land off Burton Hill Road. A day after seeing it, they made an offer. They were back in Germany when they learned it had been accepted.

They spent the next year researching and designing the castle. When Sara had trouble visualizing the floor plans her husband drew up, he made her a 3D model, which they still have. 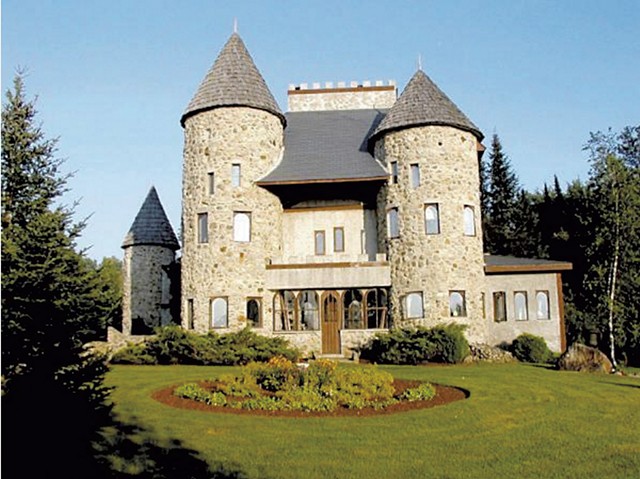 Word got around soon after the Gregoires arrived in Irasburg to begin work on the whimsical project. They lived in their truck for a couple of days, then in a plywood shack while they erected the castle's walls and roof and installed the windows.

They moved into the shell of the structure — with walls, a woodstove, a chimney and little else — in November 1990. A few days later, a blizzard dumped three feet of snow on the project and paralyzed their work for a week.

Aside from digging the basement and pouring the foundation, the Gregoires did most the work on the castle themselves.

"Insanity," Harv calls it. "But we made it a hobby. We got a lot of enjoyment out of doing it."

"It's become way more than a house that two people live in," Sara said. 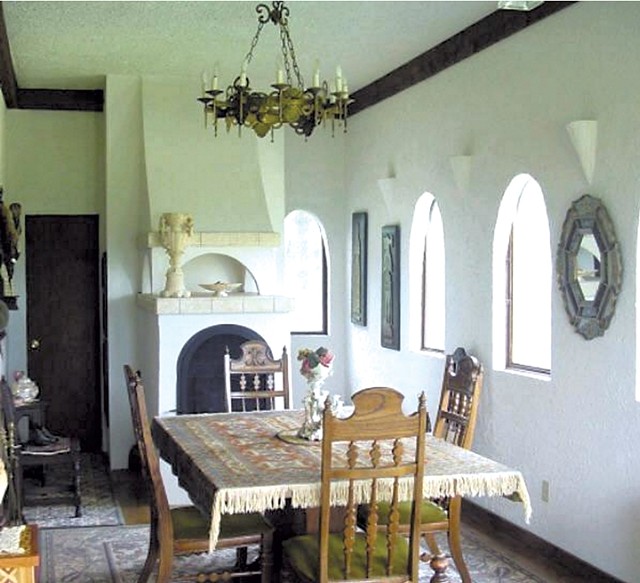 Before the floors had even been installed, a young couple dropped in and asked if they could get married in the castle.

"A lot of people felt a part of it," Sara said. "We liked that feeling."

Over the years, she and Harv hosted two more weddings and thousands of area schoolchildren. They've turned the castle into a field trip destination and learning opportunity.

"We told them, 'We weren't professional builders. Everything we did we learned from library books,'" Sara said. "We tried to get the message across that, if you can read, you can do anything."

Aside from the two-story castle with its four towers, there's a small pond stocked with trout, and that moat "keeps the barbarians away," Harv quipped.

The inside of the castle is every bit as inventive and distinctive as the outside. It's heated with a Finnish masonry furnace that is equipped with a dumbwaiter to bring wood up from the basement. The attached pizza oven supplements a commercial Vulcan stove. Arched and stained-glass windows are everywhere. Stand-alone sinks in the bedrooms are a nod to European interior design.

Despite its unique characteristics, the castle, which is set back from the road and partially obscured by trees, somehow fits in with the neighborhood. According to the Gregoires, it doesn't need any significant improvements; most of the appliances are new.

Another bonus: Irasburg doesn't have any local zoning to prohibit, say, a bed and breakfast, and the castle's septic and electrical systems are equipped for commercial purposes. Sara once ran a café and small antique shop inside the castle.

The Gregoires have sold most of their furniture and assembled a user's manual for the new owners. At this point in their lives, they want to live somewhere warm, and Las Cruces fits the bill. This time, however, someone else is building their home, which is supposed to be ready by June. It's time, they said, for a new adventure.