For more than 40 years, iconic Main Street hot spot Nectar's — aka the House That Phish Built — has offered "Fresh music served daily." (Also gravy fries.) Seven nights a week, the nightclub hosts lively and diverse local, regional and national acts, and it's served as a launching pad for generations of BTV bands. Upstairs at Club Metronome, DJs reign most nights, including the ever-popular retro dance parties on the weekends. 18+ on weekdays.

The hippest joint in the Onion City boasts the most consistently excellent lineup of local, regional and national indie music this side — or that side, really — of the Winooski River. It's also often 18+, especially during the week. 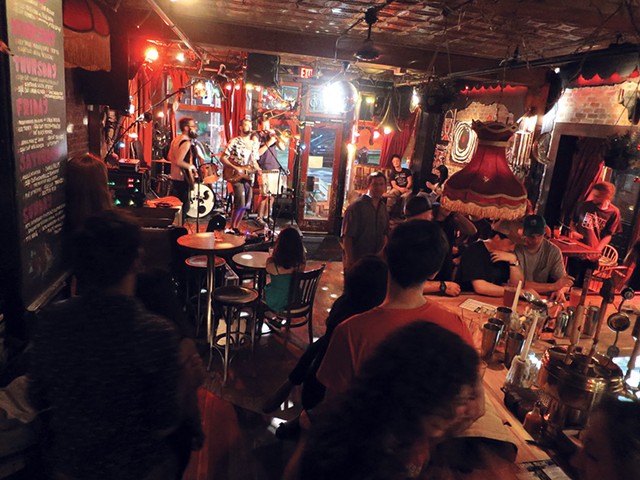 Though small in stature, the Bean is the beating heart of the local music scene. The eclectic hipster haunt is a musical melting pot, a proving ground for Burlington's brightest up-and-coming talent.

Bands play almost nightly at this hip club and its adjacent alley. DJs spin after midnight most nights. Check out the Red Square Blue Room for bumping EDM on the weekends.

Hidden in a Main Street alley with no sign marking its door, this recording-studio-cum-live-music-speakeasy hosts heavy-hitting musical acts both imported and domestic.

Folk music and crêpes — what's not to love? Get some of each most Thursday through Saturday nights. And tune in for Josh Panda's weekly acoustic soul residency on Wednesdays.