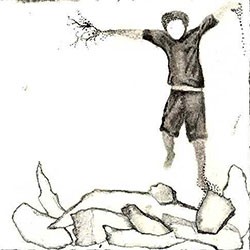 For musicians, versatility can be a double-edged sword. On the one hand, it can serve to spice up an album, keep the listener on edge, and underscore an artist’s range. On the other, it can result in a jumbled, inconsistent piece of work that suggests ambivalence, lack of consideration for the listener or, worse, egomania.

Fortunately, Tom Cadrin’s songwriting falls on the former edge of that sword, with versatility working for him on his new nine-track delight, entitled Semblance. The Burlington-based singer-songwriter has crafted a well-rounded album, alternating between acoustic guitar and vocal-rich, introspective meditations and guitar-bass-drum quarter-time rockers. But as a whole, Semblance demonstrates Cadrin’s abilities to compose cohesive, catchy songs that hit on more than the Eros-and-Aphrodite-inspired topics for which his crystal-clear crooning seems so perfectly suited.

On “Unlikely Human Condition,” Cadrin sings not only of love but of worldly and daily observations and the ups and downs of the human experience. His head-nodding chord ascents and descents on the acoustic guitar reflect nicely the sometimes-tumultuous, sometimes-serene nature of the song’s title.

The string-scraping start to “Time to Waste” gives way to a sojourn of a rock song replete with stop-and-go drums, a guitar hook reminiscent of Dinosaur Jr. and a shout-along breakdown that hints at a Bright Eyes inspiration. The pumping drumbeat and Cadrin’s honest, rich vocal delivery on “Impress Me” have a slightly lip-pursing taste of The Lemonheads — without the darker edge of drug addiction.

But make no mistake, Semblance is all Tom Cadrin. And the overall originality of this work speaks as clearly as does his rangy voice. The album is anything but monotonous. And the stylistic deviations from one song to the next serve this talented artist well. Semblance is available for free download.