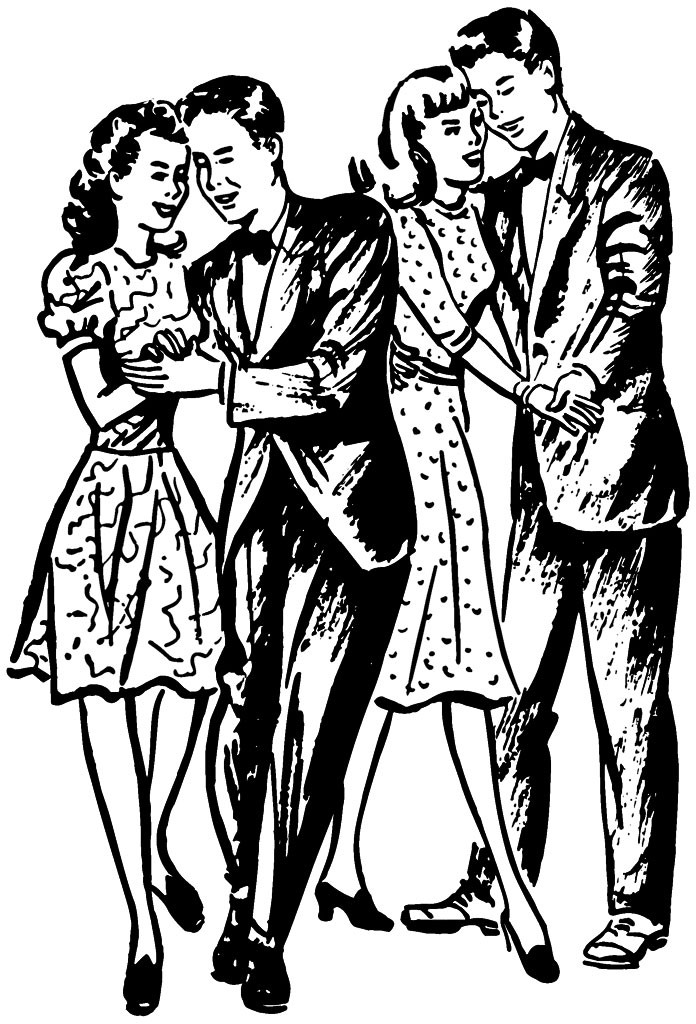 "Parietal hours perpetuate the whole clumsy American system of dating: of choosing a movie you don't really want to see ... of sitting for hours in an uncomfortable restaurant just to be with a girl that you like. They reinforce the notion that women are some sort of special object, to be seen at certain hours.

"They also reinforce the idea that women are objects for sex, rather than friends or companions in love. Everyone knows that parietal rules do nothing to dissuade people from premarital intercourse, or to defend against pregnancy. But they do serve to deny the less explicitly sexual aspects of romance: joking over breakfast, talking comfortably in the early afternoon about some phase of that morning's work."

This passage, from a Harvard Crimson op-ed on the rules restricting Harvard and Radcliffe students from sleeping over in each other's dorms, was written in 1963 by Paul Cowan, the future Village Voice staffer and prominent Jewish progressive (he died in 1988, at 48, of leukemia).

Cowan's egalitarianism was extraordinary in 1963. But his eagerness for colleges to quit acting in loco parentis wasn't. All over, college students were agitating to run their own sex lives. It wasn't long before they convinced colleges they could do so responsibly. In the late 1960s, parietal rules started falling. By the early 1970s, co-ed dorms opened.

Between 1970 and 1975, states also started lowering their drinking ages from 21 to 18. Legislators figured a person mature enough to vote should be trusted with a beer.

I found the Crimson piece while searching for insight on the recent uproar about campus rape. The essay's sweet vision of grown-up sexual companionship between college-age people could not be further from the bleak communiqués from college today — the tales of gang rape, of administrations covering up accusations and letting perpetrators off easy, or convicting the accused in kangaroo courts without due process. Everyone feels besmirched, no one satisfied.

The solutions proposed are the solutions we've already got, only a little fairer. A federal Campus Accountability and Safety Act would mandate that colleges conduct and publish yearly surveys of sexual assaults, train people to conduct investigations professionally and impartially, offer victims assistance, and coordinate with police.

Critics object that enforcing criminal law is not the colleges' job; it's the criminal justice system's. But then, the courts should do better, too.

Everybody calls for more rape-prevention education, as if colleges were not doing enough, with buddy systems and orientation-week sessions on consent and violence, and elaborate policies like the one at Antioch College, which requires that lovers obtain verbal permission not just to initiate sex but to enact each touch, kiss or insertion within the encounter.

How did we get here from that heady moment in 1963?

I won't romanticize campus life in the 1970s, when I went to college. There was rape. Feminists were beginning to reveal its ubiquity and demand its end. Some didn't really believe anything would change. In Against Our Will: Men, Women, and Rape, the antirape movement's foundational text, Susan Brownmiller suggested that history's endless scourge of male sexual violence was biologically inevitable: "By anatomical fiat — the inescapable construction of their organs — the human male was a predator and the human female served as his natural prey."

Andrea Dworkin went further: "Violation is a synonym for intercourse."

From where I stood (and marched and fucked), things looked sunnier. My feminist friends and I were angry, sure; we wanted men to stop hurting women. But sexual safety was not an end in itself. We hoped safety would enhance sexual freedom, which would abet pleasure. We weren't guarding our personal "boundaries." We were seeking connection.

The free flow of intoxicants was not antithetical to these goals. Yes, there were burnouts. Yes, violence, enabled by booze and drugs.

But here's another story. The only time I ever got passing-out stoned was during my senior year in high school, on a college visit. I remember bourbon and pot. I remember making out with a tall man. Next thing I knew, I was waking up on a couch surrounded by party detritus. Someone had taken off my shoes and covered me with a blanket. The tall man, who apparently lived there, wandered in with coffee. No one tried to rape me.

Just an anecdote. But, for a time, it seemed hippie mellowness and feminist militancy met in the middle.

Then things started sliding. Reagan was elected on a wave of right-wing moralist backlash. In 1981, Congress passed the Adolescent Family Life Act, which funneled millions to church groups to build the foundations of "chastity" — later renamed abstinence — education.

The same years felt the first tremors of hysteria about satanic abusers and roving pedophiles. Later, parents would be outfitting their children with helmets and cellphones every time they left the house alone — if they were allowed to leave the house alone.

Dworkin and her allies circled the wagons against pornography, S&M and prostitution, calling them all violence against women.

The 1984 National Minimum Drinking Age Act pressured states to return the legal threshold to 21 or lose highway-construction funds. Mothers Against Drunk Driving spearheaded the law in response to rising highway fatalities. But in 1984, the only answer to irresponsible drinking was no drinking at all.

Today America has the highest drinking age in the world. Virtually every high school has a drug-and-alcohol-prevention program and a chapter of the aptly named SADD, or Students Against Drunk Driving. The ideal is abstinence until the magic age of 21.

The same goes for sex education. Its arguments against teen sex are similar to those against underage imbibing. Both lead to bad grades, low self-esteem, addiction, partner violence, unwanted babies, diseases and car crashes. Sex, drink and drugs add up to trouble and pain.

But every kid knows that getting high is fun and sex feels good.

Reasonable people, including former Middlebury College president John McCardell, have argued that lowering the drinking age would accustom kids to a glass of wine at dinner or a beer at the ball game. Alcohol would lose the allure of the forbidden, and young people might drink for congeniality, not to induce a coma. Few expect this reform to happen.

Abstinence education also appears here to stay. Even "comprehensive" sex ed now leads with saying no. This strikes me as the equivalent of a driver's-ed class that teaches the best way to avoid car accidents is to stay out of cars.

Americans want to protect children by keeping them children. It doesn't work. You can't protect women by infantilizing them, either.

Violence will not end until men stop viewing women, as Cowan put it, as "objects for sex." But neither will it end if we keep viewing women as "special objects" in need of special protection. Emily Yoffe implied as much in Slate when she wrote that she tells her daughter that the best way to prevent rape is to avoid getting wasted. "If I had a son," she added, "I would tell him that it's in his self-interest not to be the drunken frat boy who finds himself accused of raping a drunken classmate." Yoffe stressed that perpetrators are responsible for rape, not victims. But she was charged with antifeminist victim blaming anyway.

In fact, she was doing the opposite: expecting both young women and young men to take responsibility for themselves.

Cowan's piece on parietal rules was less a critique of the strictures of on-campus life than an ode to the satisfactions of off-campus life: shopping for groceries, schmoozing with working neighbors, even coping with loneliness. A student who does all this, he noted with enthusiasm, might "grow up more quickly."

Among the rewards of growing up, he counted an egalitarian sexual relationship.

Now we know the one can't happen without the other. To be equal, women must recognize themselves as adults, neither allowing men to abuse them nor expecting men to protect them. For men to grow up, they must recognize women as equals, people like themselves. Equality, not protection, is the antidote to sexual violence.

College students can learn to assume the responsibilities and enjoy the pleasures of adulthood, and be safe — but only if adults stop treating them like children.

Poli Psy is a twice monthly column by Judith Levine. Got a comment on this story? Contact levine@sevendaysvt.com.