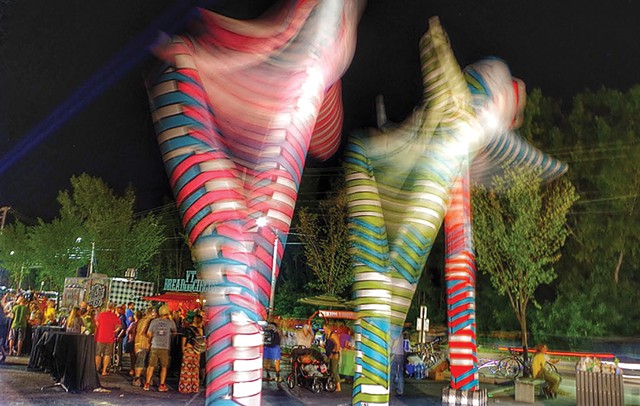 Looking to do like the locals? Follow them to a festival or seven. While it would be impossible to include all of the city's goings-on in one list, we've compiled this calendar of major events that keep the good times rolling all year round. For a weekly rundown of can't-miss happenings in Burlington and beyond, check the Seven Days calendar listings in print or online  and sign up for the weekly Notes on the Weekend newsletter.

Dozens of Vermont's fastest-growing and most innovative companies gather under one roof to recruit employees and talk trends at this career and tech expo organized by Seven Days. Bring your résumé.
October 20-21, Champlain Valley Exposition, Essex Junction, techjamvt.com 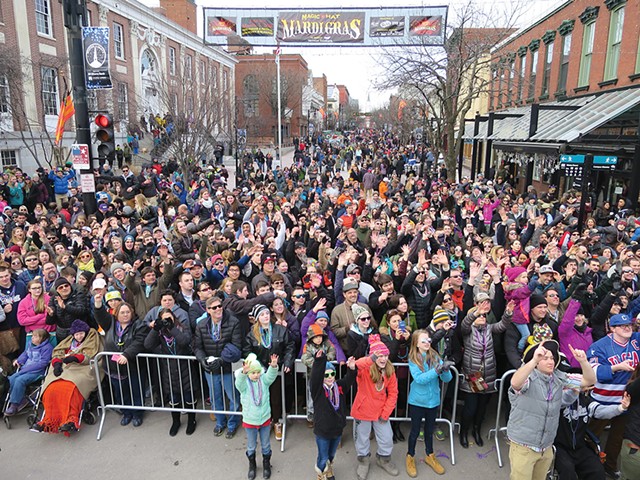 A luscious lineup of local, national and international talent and a steamy selection of performance classes turn up the heat during one of the coldest months of the year.
January 18-20, Burlington And Barre, vermontburlesquefestival.com

Burlington parties Big Easy-style with tunes, brews, beads and a lively procession of creatively constructed floats down Main Street. Keep your shirts on, people — this is a family event.
March 10, Downtown Burlington, magichat.net 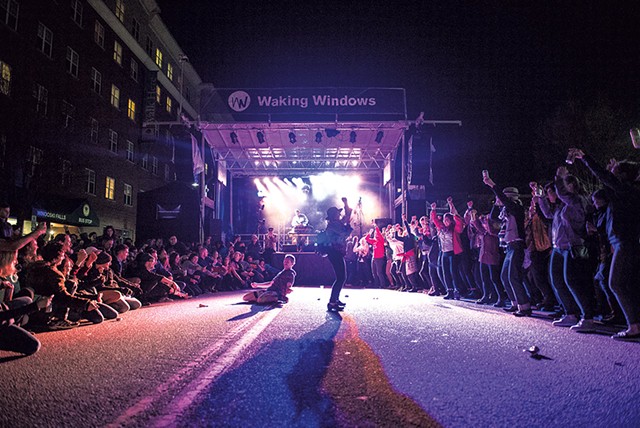 Seasoned yogis and those hitting the mat for the first time come together to do the downward-facing dog under the direction of regional teachers. Namaste!
April 14-15, University Of Vermont, Burlington, burlingtonyogaconference.com

Foodies get their fill of prix-fixe menus and themed events that put local fare front and center — and won't break the bank.
April 20-29, Statewide, vermontrestaurantweek.com

Indie-music lovers can catch their favorite bands at this ever-hip extravaganza of live tunes, comedy, art, food and drink taking place in and around the Onion City's traffic circle.
Early May, Downtown Winooski, wakingwindows.com

Runners pound 26.2 miles of pavement or split the distance with relay teams. Non-runners can order brunch at outside tables and gawk.
May 27, Downtown Burlington, vermontcitymarathon.org 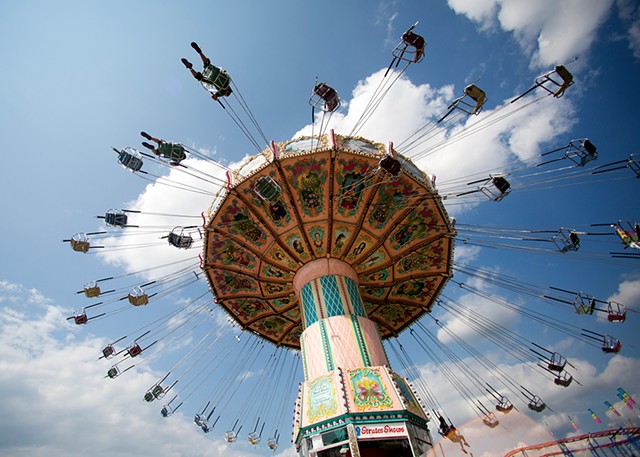 With an annual day of skateboarding, art, eats, beats and a bone-marrow drive, friends and fans fête the life and legacy of DJ Andy "A-Dog" Williams, who died of leukemia in 2013.
August 25, Downtown Burlington, friendsforadog.org

Survival Tips:
Skip the hassle — and expense — of festival parking. Bike instead!
If you're an introvert or claustrophobe, the crowded Burlington Farmers Market might be your worst nightmare — strollers and dogs and tourists, oh my! Check the calendar listings at sevendaysvt.com for lower-density alternatives in Winooski, Richmond, Shelburne and beyond.