March 28: Border-busting "world citizen" Garry Davis talks with Susan Green about his new book in the cover story, "Passport to Fame?" The 79-year-old idealist believes that being human should be the only criteria necessary for crossing borders. 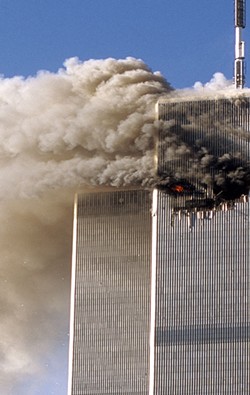 September 12: In Inside Track, Peter Freyne analyzes the Bush administration's chaotic response to the attacks the day before.