You'd be hard-pressed to call Mike's Tiki Bar a hidden gem, as Yankee Magazine did a few years back. It's a gem, for sure, but there's nothing secret about this bumping bar near the Kingdom Trails welcome center. In non-pandemic years, it draws crowds from early May through mid-October for its expansive tap list, trailside location, food trucks and live music.

Eight years ago, East Burke native Mike Mathers decided to repurpose an old gravel pit he owned into a parking lot. During peak biking season, "the town was flooded with cars," he recalled. Mathers thought he'd sell ice and offer coin-operated showers. (Mountain biking can be a dirty business.)

But soon, "Everyone was buying beer, sitting on their tailgates and drinking," he said. "I thought, If I could get a dollar from every biker who parks here..."

With a little help, Mathers built himself an outdoor bar fitted with 30 taps and stocked with dozens more cans and bottles. He added a trailer called Flat Tire Pizza so hungry bikers could recharge with wood-fired pies topped with pepperoni, pesto or Buffalo chicken. The venue also hosts the Two Tamales food truck, which serves up freshly made tamales stuffed with red chile pork or sweet potato and black beans; chili made with Green Hatch chiles, pinto beans and hominy; and enchilada plates. 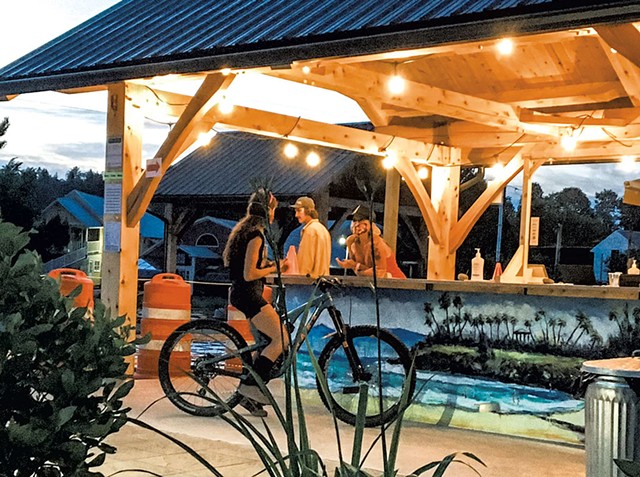 This year, Mathers has expanded the bar and patio space and plans to add basic mixed drinks. (Don't expect tiki cocktails, though; that would slow down the busy bar.)

Mathers said he first tried mountain biking about five years ago. "For the longest time, I couldn't figure out why anyone would want to ride a pedal bike through the woods," he admitted. Once he started, it didn't take long for him to see why his parking lot was so busy: "It gets you in shape, it's fun, and you don't have to watch out for cars."

The only problem, he added with a chuckle, is that every so often "a tree will step out in front of you." 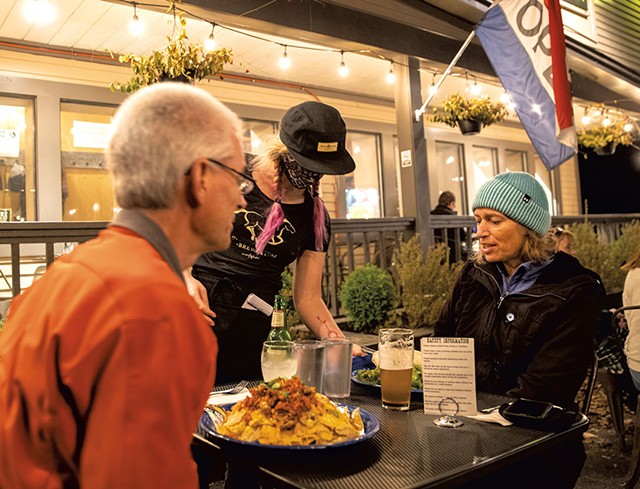 Stone Corral is a hub for the local cycling community, with Richmond Mountain Trails, the town forest, and Sleepy Hollow Inn, Ski & Bike Center all nearby. The business is also a regular contributor to bike-specific causes, including Richmond Mountain Trails. It's no surprise that the brewery's theme for the summer is "get outside and play."

"Now more than ever, I think people have had that reset button pushed," said owner Bret Hamilton. With that in mind, the taproom is working with the town and state to expand its outdoor biergarten, giving customers and staff extra room to spread out; he also hopes to reincorporate games and live music after a pandemic-induced hiatus.

In the kitchen, the staff is developing more food-and-beer pairings — including creative suggestions to complement chef Bill Jenkerson's weekly specials. They're also adding beer cocktails, kombucha and nonalcoholic seltzers to the list of housemade brews, along with one-off weekend kegs from head brewer Ryan McKeon, such as a honey saison called Fulcrum. 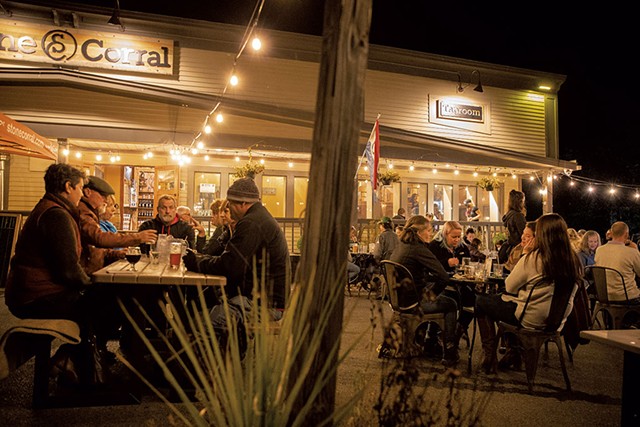 Beyond nachos, the taproom's menu of pub-style food features a variety of loaded mac and cheeses, tacos, sandwiches, salads, rice bowls, and burgers — many with beer as an ingredient, of course.

While spring is traditionally a quieter time for Stone Corral, Hamilton said he's not anticipating much of a slowdown this year. Reservations are strongly recommended for indoor and outdoor dining.

"People are wanting to venture out and do things outside of the house," he said. "Not just on bikes, but certainly including on bikes."

Stone Corral is making it easier than ever for customers on two wheels, Hamilton added with a laugh: "This year, we're actually going to put in a proper bike rack." 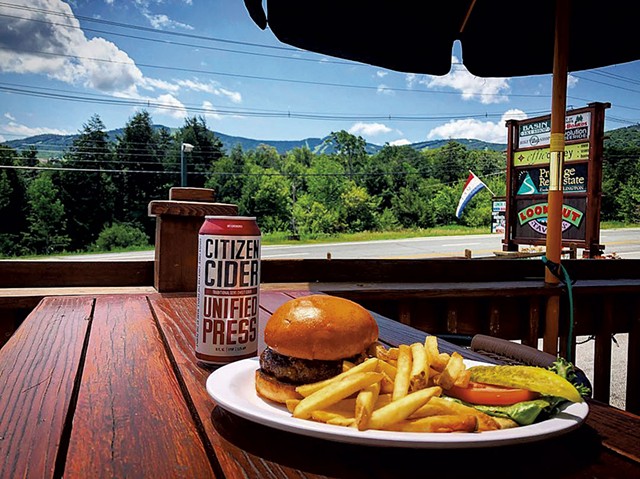 "Lookout!" might not be the most reassuring thing to hear as you're hurtling down a mountain on a bike. But if you're at the Killington Bike Park, chances are it's not a warning — it's a post-ride dinner suggestion.

Situated near the top of Killington Road, Lookout Tavern is a go-to gathering spot for the local mountain biking crowd. The view from the restaurant's rooftop deck looks out on the resort, so you can relive your ride as you dive into a beer and a Black & Blue burger or Beast buttermilk chicken sandwich.

Phil and Joy Black have owned Lookout Tavern since 2000. Phil said they've seen summer traffic boom in recent years, thanks in large part to the draw of the bike park. They're actively involved in the scene, too, organizing group rides from the tavern on Tuesday nights.

"It started with 12 of us, and now it's grown to 30 to 35 sometimes. It's really anything but organized, but it's fun," Phil explained. Post-pedal, the group returns to the restaurant to refuel. 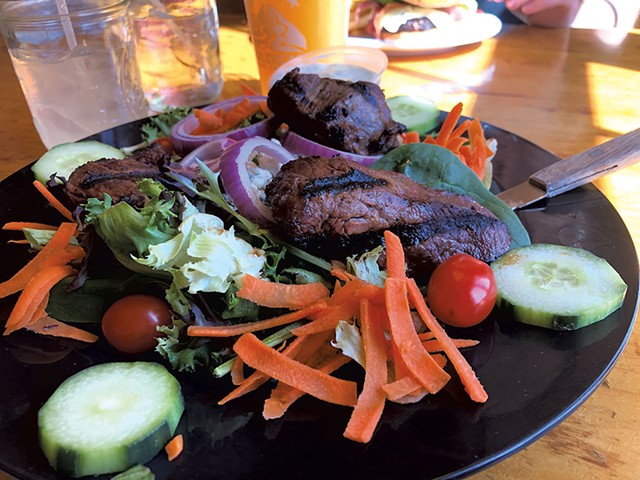 Lookout's extensive menu — available for lunch and dinner on-site or to-go — features classic comfort food and creative sandwiches with a Tex-Mex twinge. Handcrafted burgers billed as "the biggest & best" are topped with melted Cabot cheddar, jalapeño peppers and guacamole for the Left Coast burger, or sautéed onions, mushrooms and soy-ginger mayonnaise for the veggie-friendly Garden burger.

The drinks menu is full of local brews and cocktails such as Killington-area staple the Goombay Smash — made with a blend of rums, fruit juices, crème of coconut "and 20 years of love."

The Blacks recently bought Base Camp Outfitters, a Nordic and telemark ski shop down the road. Together with longtime Killington Bike Shop manager Ben Colona, they're in the process of adding a year-round full-service bike shop with rentals, service and sales. Base Camp sits at the trailhead of the local town trail system, Phil said, and "having a full-service bike shop there, for us, was a no-brainer."