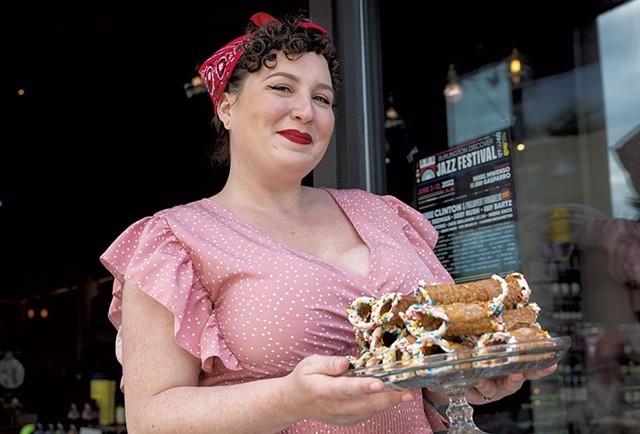 As a teen, Sarah Howley cooked her way through all of the baking recipes in her mom's copy of Joy of Cooking, filling turkey-size disposable roasting tins with cookies and cupcakes for friends.

"I was dealing with a lot of normal teenage angst and managed that through baking," Howley, 31, said with a laugh.

Her mom worked at what was then called the Inn at Essex when it was associated with the now-shuttered New England Culinary Institute. "I could see all the cool chefs and all of the cool things they were making," Howley recalled.

After earning her NECI degree in 2013, the chef worked for numerous local food establishments, making everything from high-end pastries to bagels. In May, Howley launched Only Cannoli, which pops up at tasting rooms, bakeries and other spots in and around Burlington. She also does catering orders.

Recently, at Switchback Brewing's Burlington taproom, Howley offered classic ricotta-filled cannoli with garnishes such as mini chocolate chips, pistachios and rainbow sprinkles. She also created an unexpected pimento cheese-filled cannoli with optional pickled jalapeños. (All varieties cost $5.50 each.) The freshly fried and filled pastry shells were shatteringly crisp and delicious in their own right, equal partners to the fillings.

Howley dished on all things cannoli with Seven Days.

SARAH HOWLEY: I was talking with Maria [Lara-Bregatta] at Café Mamajuana, where I was working. She said, "Can you do a test of some cannoli for me?" It never worked out there, but I ended up buying all the equipment and featured them at Deli 126 [now the 126] under the business I had then, Black Rose Briar. They did amazing.

A lot of credit goes to French pastry, but people travel to Boston or [other] cities to get Italian pastry, specifically cannoli. My first NECI internship was in Boston's North End, deep in cannoli country.

I decided to focus on one amazing thing. There's a niche in the market. It's something that's scalable. It's something that I can be creative with. The "only" part of Only Cannoli is really a testament to "This is all I do, and I do it really well." 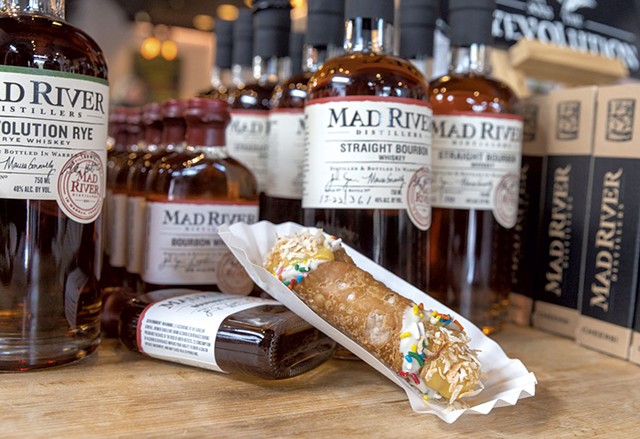 SD: Yours are excellent. What's the secret?

There's wine in the batter. I use a red blend. It creates a little bit of fermentation while the batter rests. That'll give you those nice, crispy bubbles. [The wine] also gives a ton of flavor, and it gives color.

The second step is an awesome filling. We use impastata, a drier, creamier ricotta [than] what you'd buy in the grocery store.

And, for anyone who wants to delve outside the lines, I do all sorts of flavors. That's the most exciting part for me: what's seasonal or what really pairs well with the pop-up location.

At Mad River Distillers' [tasting room], [I did] a grown-up Funfetti filling using their vanilla rum. We were at Good Times Café, and they were doing a crawfish boil; I was thinking Southern pies. I did strawberry-rhubarb and picked the rhubarb right out of my backyard. For Switchback, I did another Southern staple, pimento cheese. Not everyone wants sweet. I used beer in the shell instead of wine and cut down the sugar, added a little more salt.

SD: What's the most unexpected filling you've dreamed up?

SH: The chef [Eric Hodet] of Mamajuana and I sit and talk about what can we put in cannoli. He's crazy. He wants me to put a Philly cheesesteak in one.

The original print version of this article was headlined "Holy Cannoli!"