When music teacher Terrance "Bear" Irwin retired in 2015, he was looking forward to having more time to make music. The Pittsford resident had spent more than 40 years as a music educator, teaching students from kindergarten through college; in 2009, he was inducted into the Vermont Principals' Association Hall of Fame. He was ready to put down his baton and pick up his trombone.

But Irwin's plans were disrupted that December when he learned he had rectal cancer; his doctor at Porter Medical Center discovered a tumor during Irwin's routine colonoscopy.

When Irwin first heard the news, he thought he'd need surgery, a typical treatment for rectal cancer. The type of cancer he had usually requires a permanent colostomy, which reroutes the body's solid waste through a hole in the abdomen — a change that significantly affects a patient's quality of life.

Irwin's doctor thought his patient might be able to avoid it. He referred the musician to Dr. Peter Cataldo, a colon and rectal surgeon at the University of Vermont Cancer Center. Cataldo is part of a team working on a groundbreaking clinical trial for rectal cancer patients that treats tumors using a combination of chemotherapy and radiation.

It has proven highly effective — 70 percent of the UVM patients enrolled in the study have avoided surgery.

"It's the biggest change in the management of any disease I've taken care of in the past 30 years," Cataldo told WCAX on March 18, 2020. "Nothing even comes close."

Irwin was grateful to be one of the 37 Cancer Center patients accepted into the Organ Preservation in Rectal Adenocarcinoma — aka OPRA — trial. There are many such studies underway at the Cancer Center, offering Vermont patients access to a wide variety of new and promising treatments.

"Organ preservation, I thought that sounded like a good concept," Irwin says.

'Where the Tumor Used to Be' 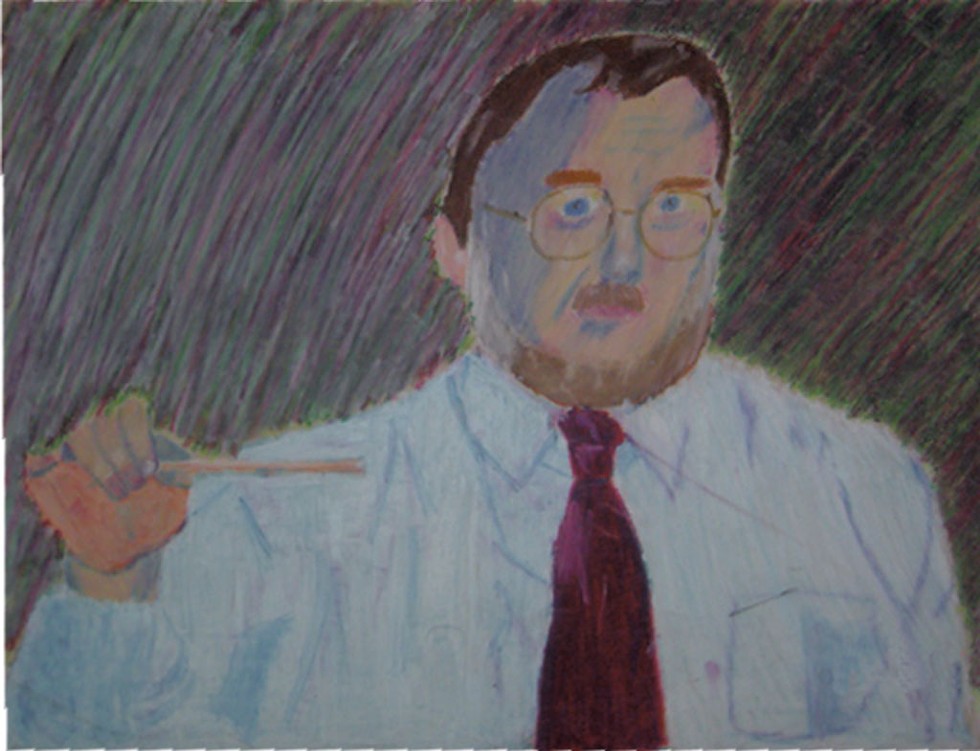 Participating in the OPRA trial meant that Irwin made frequent visits to the UVM Cancer Center. He underwent 16 rounds of chemotherapy there, one every other Tuesday. Each treatment lasted three to four hours. The chemotherapy drugs were delivered through a port in his chest. He also wore a pump that dispensed medication gradually throughout the day. After the chemo, he underwent 28 consecutive days of radiation.

During this time, he was able to continue most of his activities, including subbing as a music teacher for someone on parental leave three afternoons a week. He decided to keep the news about the tumor, and the treatment, to himself. He didn't want to distract his students.

"The hardest thing to conceal was the pump," he recalls. It made noise, he says, but people either didn't notice or were too polite to mention it.

That fall, at the end of the trial, Irwin had another colonoscopy. He remembers watching on the video screen as they showed the inside of his colon: "They said, 'That's where the tumor used to be,'" he remembers.

'Having a Huge Impact' 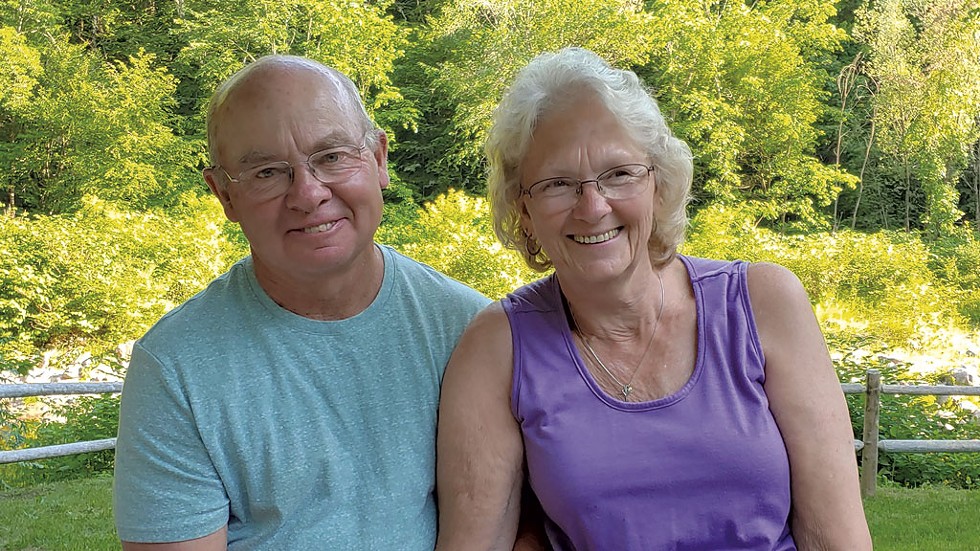 Irwin has been cancer free for six years now.

Though he's technically retired, he's been giving remote music lessons during the pandemic through the Middlebury Community Music Center. And he's still making music with various groups, including the Vermont Jazz Ensemble. On a recent weekend, he played in three concerts and participated in a recording session in Waitsfield for a local band called Dr Burma. One of the songs they recorded, written during the pandemic, is titled "Shelter in Place."

And Irwin has started speaking out about his treatment. "The least I can do, at this point, is share the good news about clinical trials and early detection and treatment," he says.

They helped extend his life and made it possible for him to keep doing what he's always done. "I feel very lucky," he says.

The Addison County resident was diagnosed with stage 4 ovarian cancer in 2013. After some initial success with treatment, the cancer returned in 2014, forcing an end to Audy's 27-year career with the United States Postal Service.

By the spring of 2015, she was out of options. "I was just pretty much making my peace," she remembers. Then her care team identified a unique characteristic of her cancer that qualified her for an immunotherapy clinical trial. 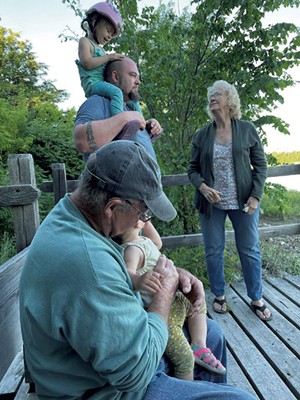 In June, she started that treatment — eight hours a day, once a week, at the UVM Cancer Center. She started seeing results almost immediately. After three treatments, her tumor had shrunk by 75 percent. After six, it was gone entirely. "By December, there was no sign of cancer," she says. Still, she kept up the treatments for more than a year.

She's been cancer free ever since. "They saved my life," she says of her care team at the Cancer Center. "There's no two ways about it." By participating in the trial, she helped add to the body of research determining the effectiveness of the treatment.

In October of 2016, Audy was among the Vermonters who met then-vice president Joe Biden when he came to Burlington to promote a $1 billion "cancer moonshot" initiative. "That was pretty amazing," she says.

Even more so: Audy turns 70 this year. Because of that clinical trial, she lived to see her son's wedding and gets to spend time with her seven grandchildren. "I am just so happy to be here," she says. "They're an amazing bunch of people up there."